If you couldn’t already tell by the name, 2014-15 Upper Deck Trilogy hockey is all about the number three. Many of the sets and parallels in this release are centered around the number with three cards for one player or three levels of parallels.

At the center of Trilogy Hockey is Rookie Premieres. Every rookie in the set has three different levels of cards. Level 1 is a basic player card, numbered out of 799. Level 2 is an autograph card that is numbered to 399. The Level 3 cards also has an autograph but it includes an inscription and is only numbered to 49. All three levels also have three levels of parallels (red, blue and black) that are available in limited quantities. 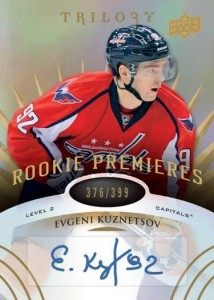 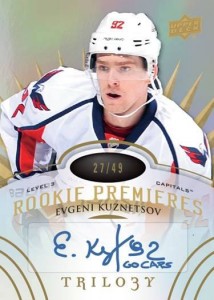 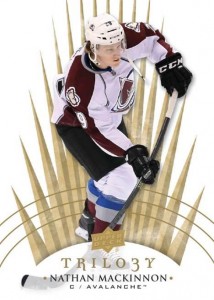 Tryptich cards are memorabilia cards with three for each player in the set. The first level of Tryptichs comes with a jersey swatch, the second level comes with a patch or stick piece and the third is an autograph card. All three cards for a specific player can be connected to make one big display. 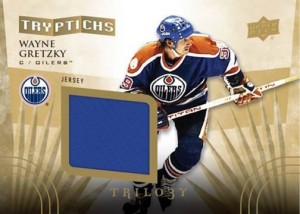 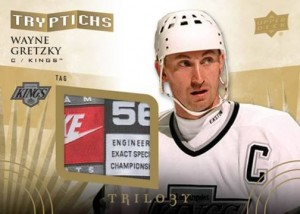 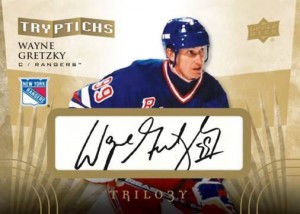 Signature Pucks feature player signatures on a piece of rubber that resembles a hockey puck. The puck piece also features a team logo, retro logo or an NHL logo with the NHL logo puck cards being the hardest to find (#’d to 3). 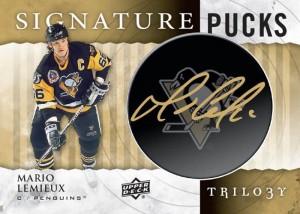 Ice Scripts feature player signatures on a piece of plexi-glass. Plexi-glass player cards can also be in Trilogy Crystal inserts. Veteran players make up the Crystal base set and there are also three levels of Crystal Premiere rookie cards. 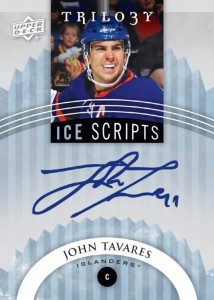 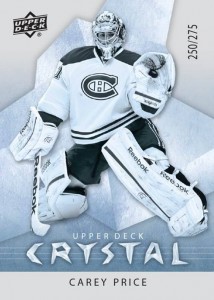 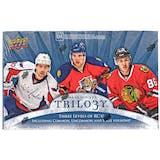 Dave and Adam's is one of the largest sellers of trading cards and collectibles in the world. Located just outside of Buffalo NY, the company operates two retail stores as well as the e-commerce website www.dacardworld.com
View all posts by Dave and Adam's Card World →
2015 Topps Allen & Ginter Baseball preview
2015 Panini Americana preview