As usual Upper Deck saves the best for last with their final release of the hockey season. 2014-15 The Cup Hockey brings the best hits of the season, especially for the rookie class, with stunning on-card autographs and amazing patch pieces. The Cup will come in it’s traditional tin package with two autographed patch cards plus two more hits (autograph, memorabilia or low-numbered parallel). 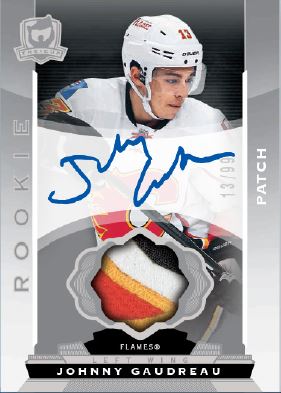 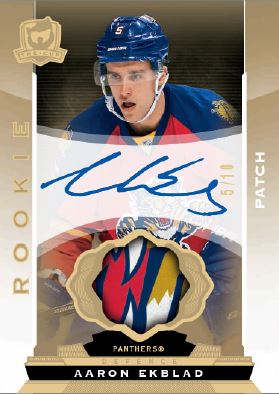 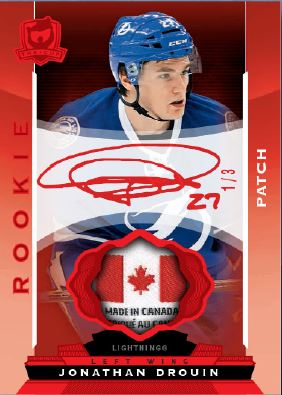 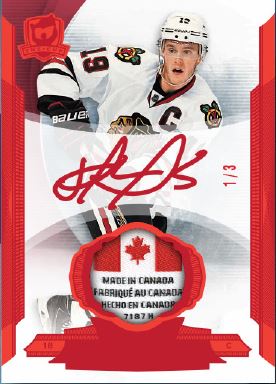 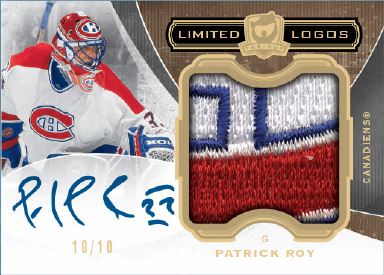 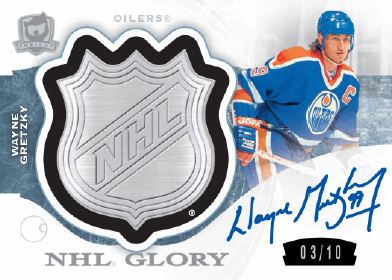 Limited Logos autographed patch cards come in three tiers of rarity (#’d to 50, 25 or 10). New for 2014-15 The Cup are NHL Glory relic cards. These come with a chrome NHL logo shield under a layer acetate. Regular and signed versions are numbered to just ten with player signature right over the top of the NHL logo relic. 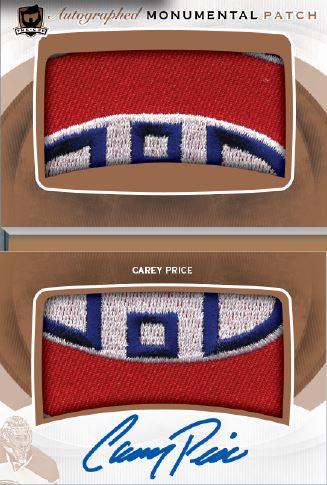 2014-15 The Cup also boasts some stellar booklet cards, including the return of Autographed Monumental Patch booklets with massive logo patch pieces. Dual auto Bookmarks booklet come with signatures and patch swatches from two different players. Rookie player editions are numbered to 25 with veterans Bookmarks numbered to just ten. One of the more unique booklets are Autographed Rookie Draft Board & Patch featuring a patch pieces and a signed piece of a nameplate from the NHL Entry draft board. 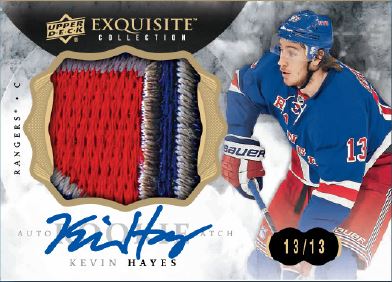 Upper Deck has already announced that Exquisite Hockey cards would be a part of many of their 2015-16 releases, but that didn’t stop them from including Exquisite cards 14-15 The Cup. These include rookie patch autos numbered to the player’s jersey number, Exquisite veteran autograph cards that are numbered to 25 and Exquisite Art of the Game booklets feature hand-painted artwork are numbered to just three. 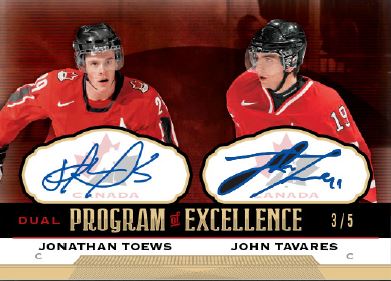 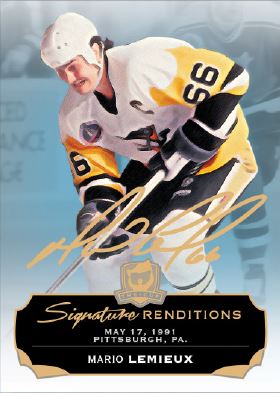 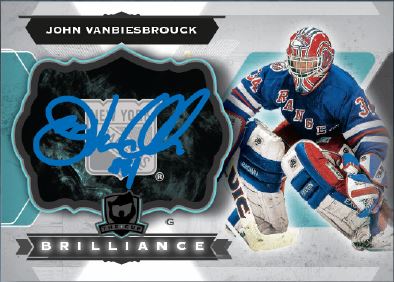 The Cup features a solid selection of autograph cards from NHL veterans and hockey legends. Program of Excellence once again pays tribute to Canada’s national hockey program with autograph cards numbered to ten, dual auto numbered to five and triple autos to three. Signature Renditions and Brilliance autographs are inserted in one of four packs. 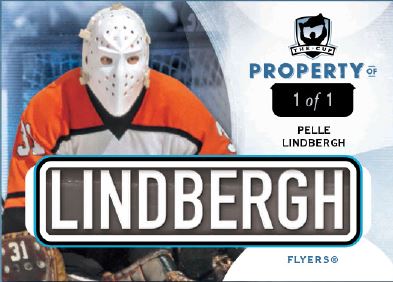 Property Of are one-of-one relic cards with nameplates taken from game-used hockey sticks. Notable Nameplates come with letter patch from a game-worn jersey and are numbered to the quantity of letters in the player’s last name.

Dave and Adam's is one of the largest sellers of trading cards and collectibles in the world. Located just outside of Buffalo NY, the company operates two retail stores as well as the e-commerce website www.dacardworld.com
View all posts by Dave and Adam's Card World →
Dave & Adam’s makes their way to San Jose this weekend
#DACWPulls: Spectacular Spectra