2014-15 Upper Deck Masterpieces Hockey provides a unique look at the stars of the NHL with cards that feature painted portraits of players. This is a revival of the Masterpieces brand by Upper Deck, which made its first appearance in 2008-09. Boxes of 2014-15 Masterpieces will come with three memorabilia or autograph hits.

The base set for 2014-15 UD Masterpieces has 240 cards with 180 player portraits and 60 Wire Photos. The player portraits feature original artwork of current and former NHL stars. There are 90 regular base cars plus an additional 60 shorts prints. The final 30 cards are split between 15 rookie cards and 15 Black & White Portraits. 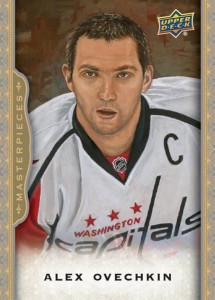 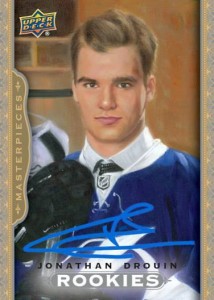 Parallels of portrait base cards are framed in either Red Cloth or Black Leather. There are also autograph and memorabilia versions of base and parallel cards. 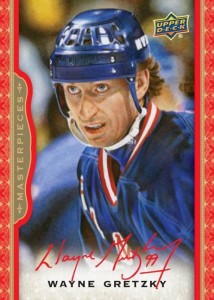 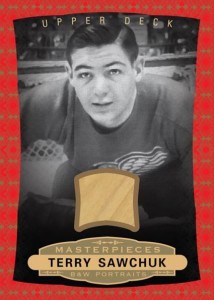 Wire Photos feature a photograph of in-game and come a caption indicating where and when the photo was taken and a description of it. Look for autographed versions of Wire Photos, including multiplayer ones. 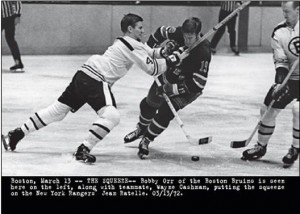 Upper Deck has included hand-painted Masterpiece Portrait cards for 20 different players. These are hand-numbered to ten. 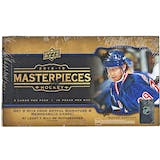 Dave and Adam's is one of the largest sellers of trading cards and collectibles in the world. Located just outside of Buffalo NY, the company operates two retail stores as well as the e-commerce website www.dacardworld.com
View all posts by Dave and Adam's Card World →
Dave & Adam’s “Leaders of the Pack”: Conference Championship edition
2015 Topps Pro Debut Baseball preview