Upper Deck has been including Lettermen cards in their products for several years, but now they have dedicated a set to them with 2014-15 Lettermen Basketball. Lettermen Basketball will contain two autographs per box, including one Letterman Auto, from hoops legends, stars and prospects. UD once again packed a solid checklist of hardwood heroes into a basketball product with the likes of Michael Jordan, Larry Bird, LeBron James, Magic Johnson, Paul George and Shabazz Napier included in 2014-15 Lettermen.

2014-15 Upper Deck Lettermen Basketball contains 80 base cards with 50 veterans and 30 Premier Rookies numbered to 999. All 80 cards have three levels of parallels (blue, silver and gold) numbered to 499 or less with six parallels per box. Look for limited autographed versions of the parallel cards. 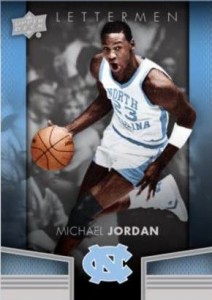 Letterman Auto cards are broken into two groups: Rookie Letterman (#’d to 65 or less) and Legendary Letterman (#’d to 50 or less). These cards similar to previous UD Letterman cards from other sets with a manufactured letter patch that looks like it came from a jersey nameplate. 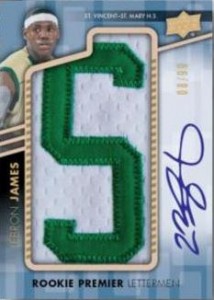 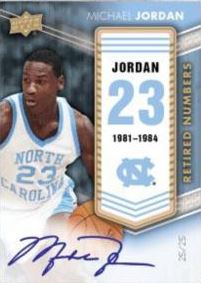 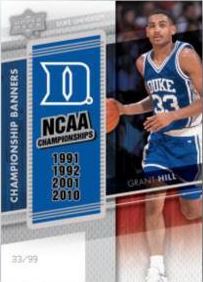 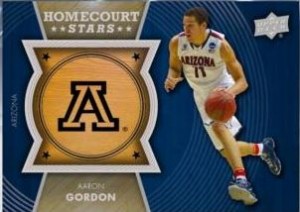 2014-15 Upper Deck Lettermen Basketball is set to release on December 10. 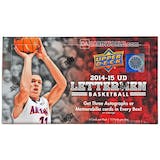 Dave and Adam's is one of the largest sellers of trading cards and collectibles in the world. Located just outside of Buffalo NY, the company operates two retail stores as well as the e-commerce website www.dacardworld.com
View all posts by Dave and Adam's Card World →
Dave & Adam’s ramping up for biggest Black Friday sale ever
2014 Topps Platinum Football preview