2015 is the 20th anniversary of the first release of Upper Deck SP Hockey. The SP brand eventually split into SPx and SP Authentic, and both are still around today. The 2014-15 edition of SP Authentic Hockey will be out this May with three autographs per box. 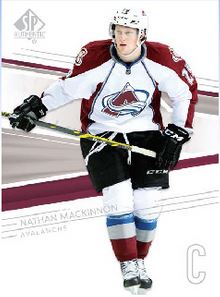 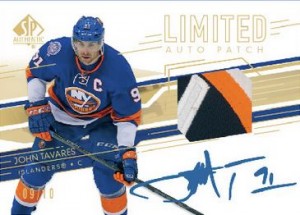 Rookies can be found on Future Watch cards with signed and unsigned versions that are both numbered to 999. A total of 60 rookies, including Aaron Ekblad, Sam Reinhart, Johnny Gaudreau and Jonathan Drouin, provided on-card signatures. Limited parallel versions are numbered to 25 and autographed Patch card are numbered to 100. 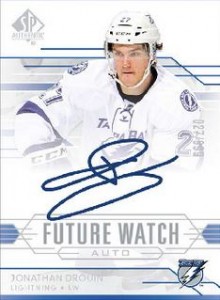 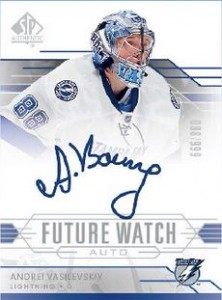 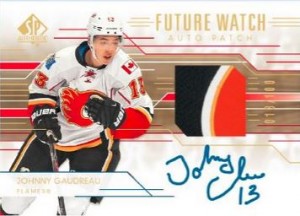 2014-15 SP Authentic includes update cards to Upper Deck Series 1 & 2 Hockey with traded players and minor league call-ups. There is also an update to the Young Guns set in SP Authentic. All update cards have Exclusives (#’d to 100) and High Gloss parallels (#’d to 10).

Authentic Moments commemorate memorable moments from the 2013-14 season as well as moments from hockey history. There are single and multi-player versions available. Autographed versions are very rare and are signed in gold ink. 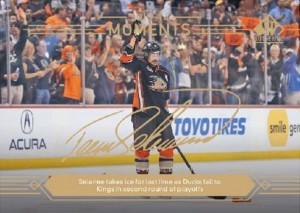 Upper Deck pays tribute to the first SP Hockey release with 94-95 SP Retro cards that use the same design from 20 years ago. There are both veteran and Premier Prospects editions. Both sets have Gold Die-Cut Autographed parallels. 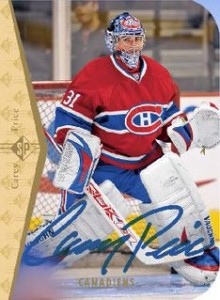 Sign of the Times offers additional autographed content with anywhere from 1-8 signatures per card. More autographs can be found in SP Chirography, Premier Chirography, Immortal Inks and Marks of Distinction. 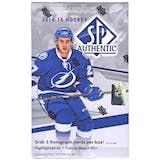 Dave and Adam's is one of the largest sellers of trading cards and collectibles in the world. Located just outside of Buffalo NY, the company operates two retail stores as well as the e-commerce website www.dacardworld.com
View all posts by Dave and Adam's Card World →
Topps shows off First Pitch cards from 2015 Series 1 Baseball
2014-15 Panini Spectra Basketball preview