With the 2018 NASCAR season set to begin this weekend, Panini has shared initial details on their premium 2018 Panini Prime Racing release. Mirroring the ‘light on total cards, big on hits’ formula as seen in many of their football and basketball releases – Prime Racing is set to deliver some pretty impressive cards upon its release this November. Let’s take a look at what we can expect come the Fall.

Each box contains Three Autographs, Three Memorabilia Cards, and One Base or Parallel Card! The base set will have parallels like Holo Gold (#’d/25) and Black (1 of 1s). Living up to its namesake, Prime Racing will deliver more jumbo-prime memorabilia hits than any other NASCAR product. Prime Jumbo swatches feature over-sized pieces from your favorite drivers’ firesuits, gloves, and/or shoes! 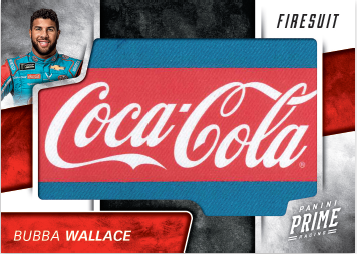 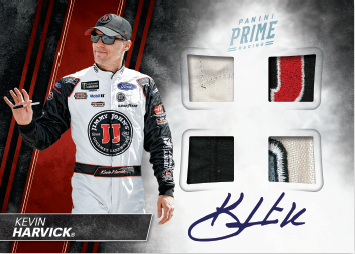 The Shadowbox Signatures feature 20 of NASCARs elite drivers in a shadowbox card with an auto. There are three levels of cards to find: Base (#/99 or less), Holo Gold (#/50 or less) and Black (1 of 1s)!

Clear Silhouettes Dual contain 2 material swatches from some of the best drivers in NASCAR! Again thewse feature three differwetnr scarcity tiers:L Base (#/99), Holo Gold (#/50), and Black (1 of 1s)! Quad material Autogrpahs takes an auo and pairs it with 4 pieces of used memorabilia! Four versions to find of these: Base (#/99 or less), Holo Gold (#/50 or less), Black (1 of 1s), Laundry Tag (1 of 1s). 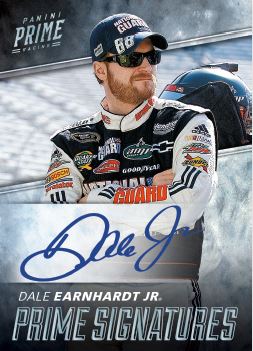 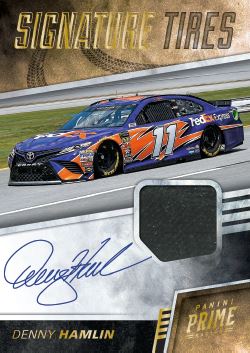 2018 Panini Prime Racing is set to race across the finish line and be a hit with collectors young and old! With plenty of multi-swatch cards including signed versions, Prime Racing will feature the most on-card autographs of the season! Lock in your presell price today – boxes (7 cards per box) and cases (8 boxes per case) are now up for order on our website! 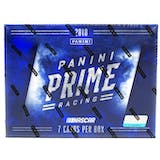 Dave and Adam's is one of the largest sellers of trading cards and collectibles in the world. Located just outside of Buffalo NY, the company operates two retail stores as well as the e-commerce website www.dacardworld.com
View all posts by Dave and Adam's Card World →
Massive Barry Bonds buy now up on the website!
Comic Buying Team traveling to Rose City Comic Con this weekend!