2018/19 Upper Deck Artifacts up for presell, out September!

Part of Upper Deck’s annual ‘hat-trick’ of pre-season releases (along with UD MVP and O-Pee-Chee), 2018-19 Upper Deck Artifacts Hockey offers an entry level take focused on autos and memorabilia. There are some new goodies to be found this year as well so let’s take a look at what you can expect to find come the Fall.

2018-19 Upper Deck Artifacts Hockey hobby boxes come with eight packs. In each are three total autographs, memorabilia cards or Aurum inserts. The Rookie Redemption and the Upper Deck Bounty program add chase aspects to the boxes and cases as well. 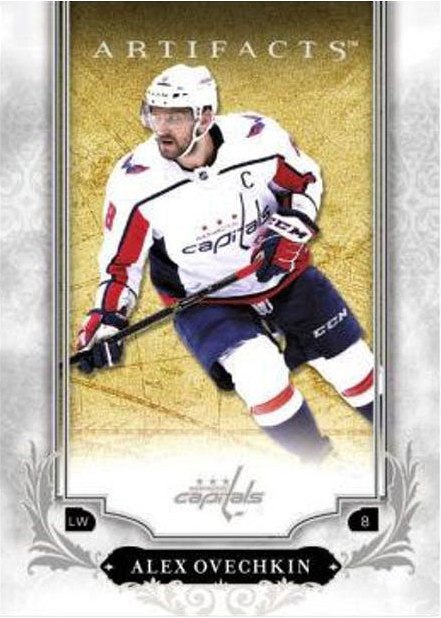 As many collectors know since Artifacts comes out before the regular season begins live rookie cards are players who debuted late in the past season. So in this case we are looking at players like Casey Mittelstadt, Ryan Donato, and Adam Gaudette from the 2017/18 season.

There are of course a variety of parallels in a plethora of colors and scarcities: Ruby are the most common with 299 copies for all cards except Rookies, which have 399. Other parallels include Emerald (/99), Aqua (/45), Purple (/20) and Black (/5). Many base cards also get autograph and memorabilia versions. 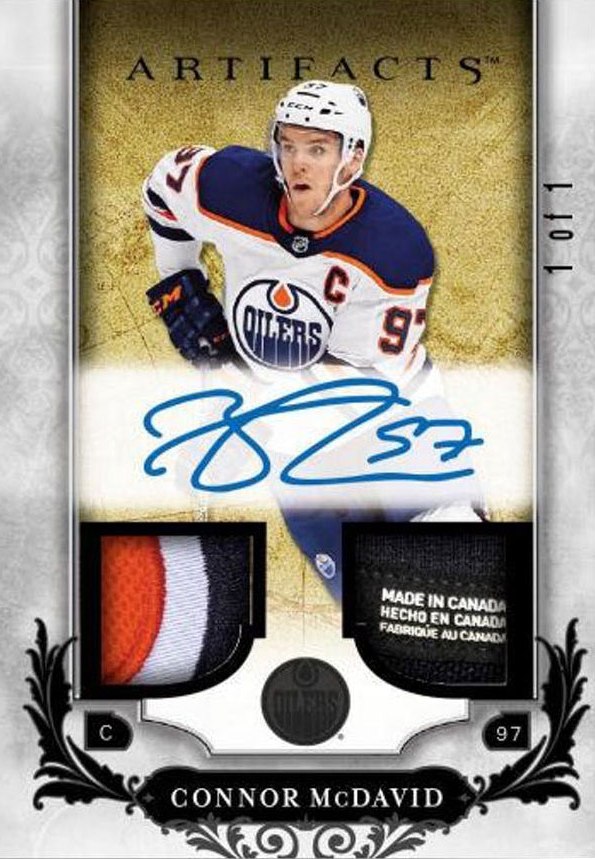 Along with the base set autos and memorabilia are the usual standalone inserts like Honored Hopefuls (/27), the fan-favorite Tundra Teammates, Lord Stanley’s Legacy, Esteemed Endorsements, Autofacts, Threads of Time, Year One Rookies Sweaters, and Divisional Artifacts.

One of the cool new inserts to chase after focuses on the most storied franchise in the game – the Montreal Canadiens. The history of the team takes center stage in Le Bleu Blanc Rouge Remnants which features pieces from the world famous Montreal Forum! 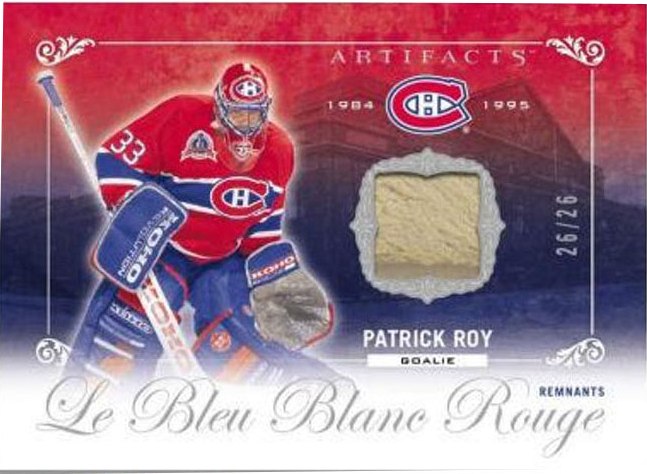 The second irritation of Upper Deck’s Bounty program is here, the first 25 collectors to complete the 48-card Aurum set will receive the following:

The remaining collectors who complete the Aurum Bounty 48-card set will receive the Aurum Rookie cards #49 and #50.

As mentioned earlier because of the time and nature of the release, Artifacts has a long tradition of including Rookie Redemptions. They’re back in 2018-19 and will average one per hobby box. 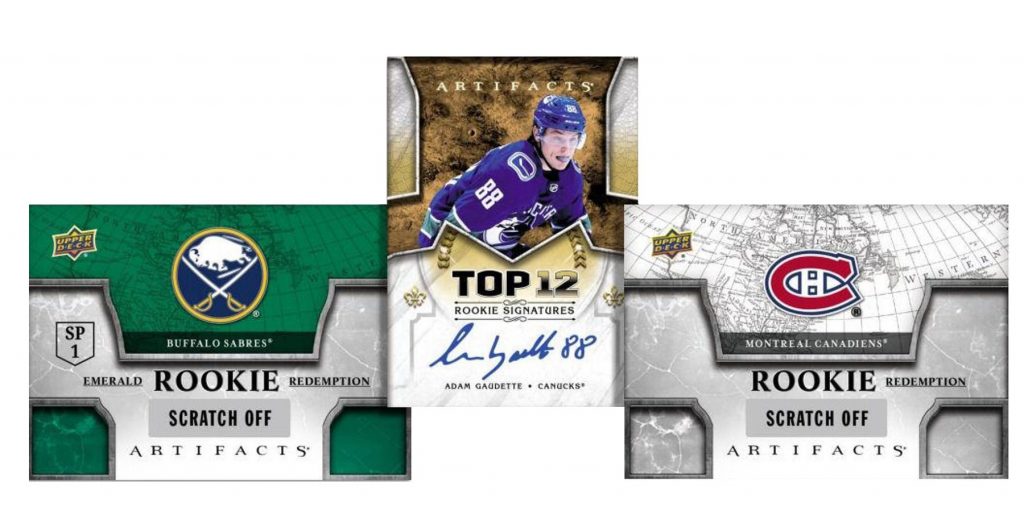 A total of 40 different cards, one for each team plus a handful of wild cards, are 1:9 packs. They also have Emerald parallels that land 1:58 packs. A pair of SP Variation Rookie Redemptions are 1:2,200 packs. These also have Emerald parallels (1:9,216). Eighteen Rookie Redemption Autographs, which come with Roman Numerals I through XVIII, are 1:80 packs.

Lock in your presell price today! Boxes, half-cases, and full-cases are now up op our website! 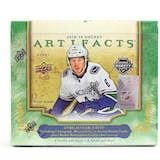 Dave and Adam's is one of the largest sellers of trading cards and collectibles in the world. Located just outside of Buffalo NY, the company operates two retail stores as well as the e-commerce website www.dacardworld.com
View all posts by Dave and Adam's Card World →
DACW Live – The Best Box Break Hits of the Week 5/28 – 6/3
Montana Buying Recap – Ruth, Mantle, and Mays anyone?!