We recently received an email from a customer that contained a video of them opening a 3-box case of 2013 Upper Deck All Time Greats Basketball that they had purchased from us. Greg told us that he “hit it BIG” but we didn’t know how big until we watched the video ourselves. 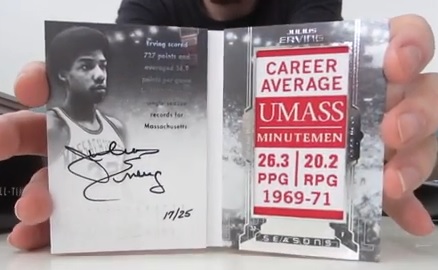 And in the last box Greg pulled one of the highly coveted and rare “Team for the Ages” boxes containing 5 cards that are all autographed and numbered out of 12! Team for the Ages boxes feature Michael Jordan, Bill Russell, Magic Johnson, LeBron James, and Gary Payton! 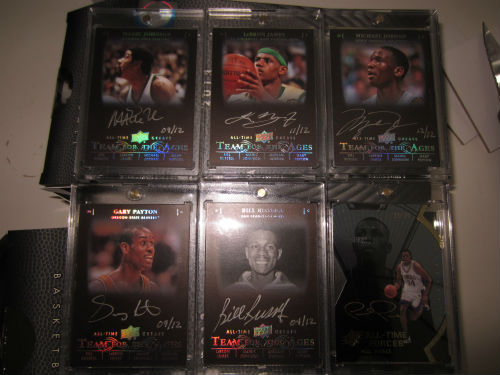 Come to find out this is the first case of anything that Greg has purchased in his 15 years of collecting. We would love to share the video with you but Greg had a few choice words to say in his excitement…and we don’t blame him.

At one point in his video Greg asks “how do you top this?” We don’t know Greg but we sure are glad that you shared this with us!

Dave and Adam's is one of the largest sellers of trading cards and collectibles in the world. Located just outside of Buffalo NY, the company operates two retail stores as well as the e-commerce website www.dacardworld.com
View all posts by Dave and Adam's Card World →
Look What I Bought: 1952 Topps Mickey Mantle PSA 5!
Bob’s Buys: 1986 Topps Football Wax Case