The DACW 2 Live Crew has been on quite a run lately with some phenomenal pulls of 1/1 cards. Let’s take a look at some of the ones they’ve found in the last couple weeks. 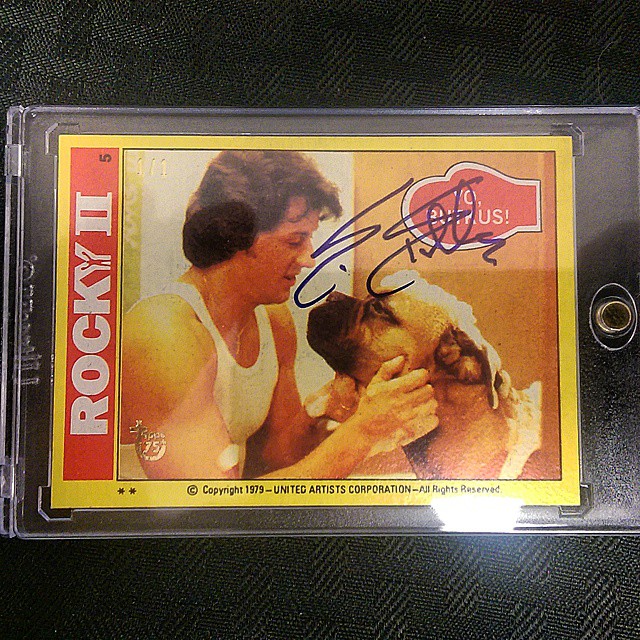 This Sylvester Stallone signed 1/1 is a stamped buyback from 2013 Topps 75th Anniversary. This was done in a personal break for a customer. Stallone has more Topps autographs coming out in 2015 Allen & Ginter Baseball in July. 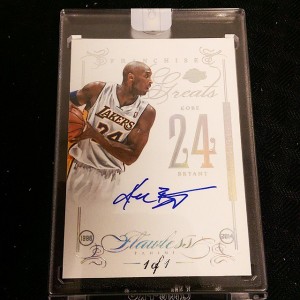 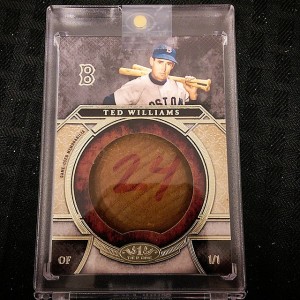 2015 Topps Tier One has provided some stunning hits in the group breaks done so far. This one might not be signed, but it is a Ted Williams 1/1 bat knob relic. 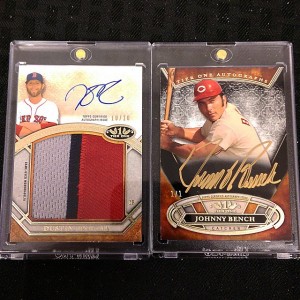 Later in that same case they pulled a Johnny Bench 1/1 autograph. While the Dustin Pedroia auto relic pictured next to it is numbered 10/10, you could still call it an “eBay 1/1”.

2014-15 Panini Spectra Basketball was very popular with our breakers. We quickly sold through three breaks and have two more coming up. One of the cases broken yielded this Anthony Davis 1/1 laundry tag and a 1/1 Gary Payton patch auto. The same case had jersey patch autos from Jabari Parker and Steph Curry. 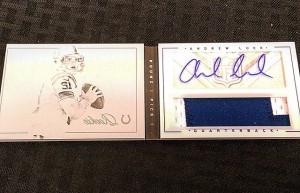 The biggest of the 1/1 hits, however, was an Andrew Luck 1/1 rookie printing plate patch auto booklet from 2012 Panini Playbook. DACW Live has cracked a lot of cases of 2012 Playbook, and this is the best hit they have ever pulled by far.

Don’t forget DACW Live is now on Breakers.TV, and they are adding prizes to just about every break they do. Check out the DACW Live page to find out what is cracking in the lounge next.

Dave and Adam's is one of the largest sellers of trading cards and collectibles in the world. Located just outside of Buffalo NY, the company operates two retail stores as well as the e-commerce website www.dacardworld.com
View all posts by Dave and Adam's Card World →
2015 Topps Heritage Baseball ’51 Collection preview
2015 Leaf Signature Series Hockey preview