One of our regular baseball customers, Charles, just sent in a bevy of hits he pulled recently. 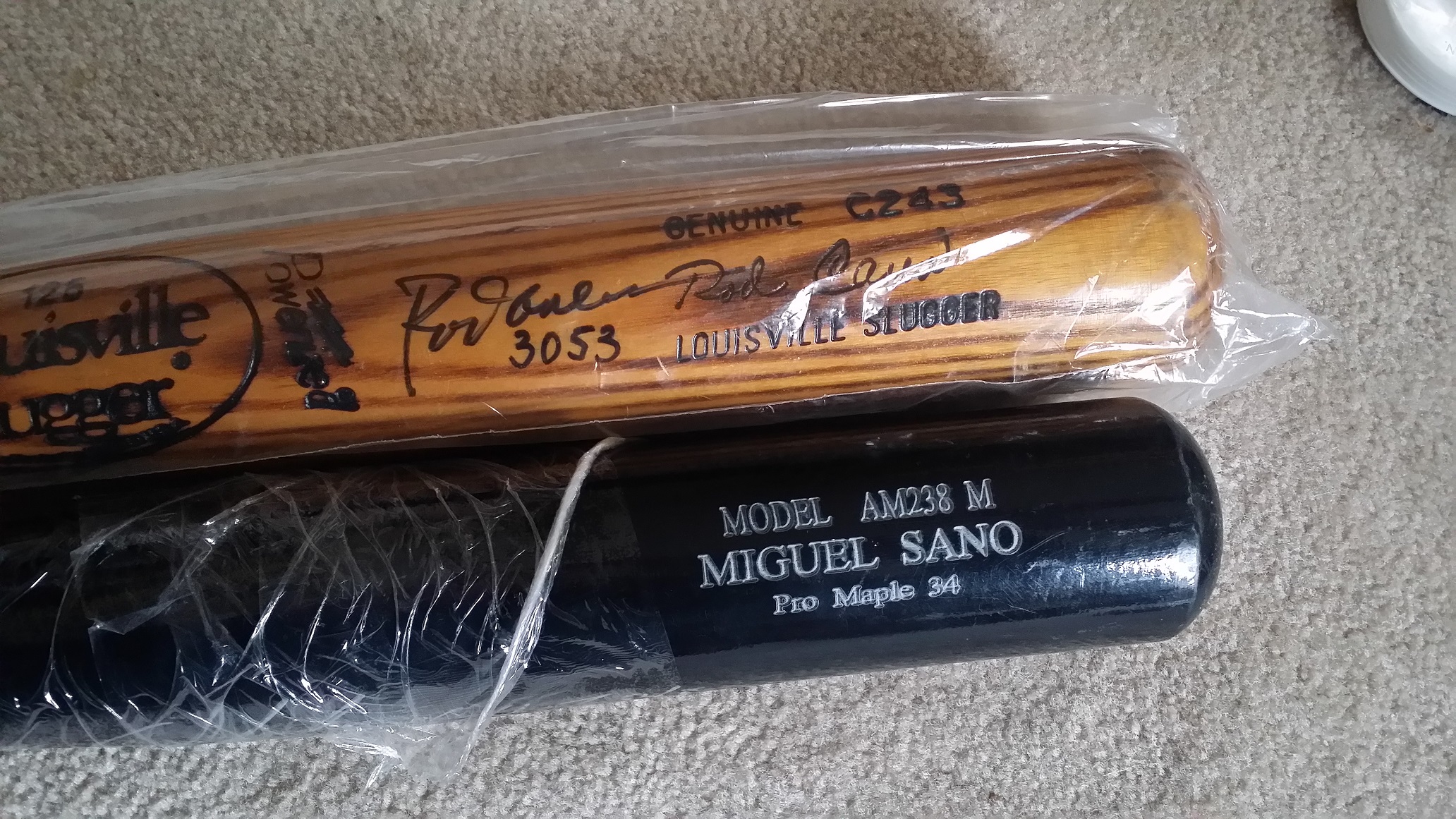 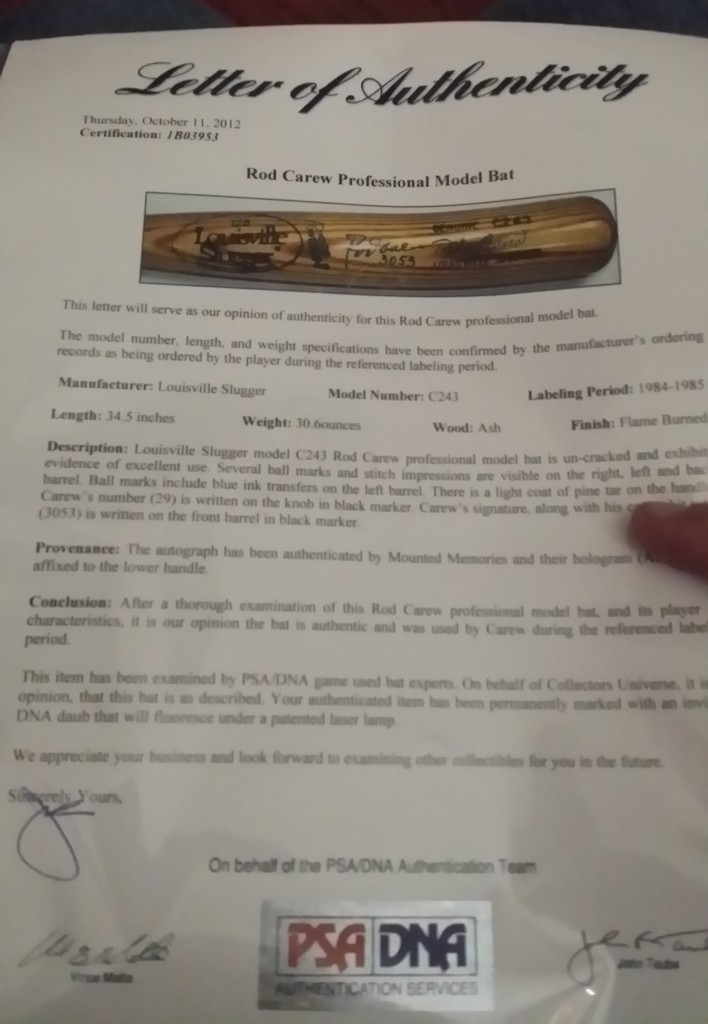 He landed some very nice bats, including an autographed Rod Carew game used bat from 2014 Onyx Clubhouse Collection Lumber Edition Baseball. It was used sometime between 1984-85 according to the COA. He pulled a pair of Miguel Sano bats (one pictured) from the Dave & Adam’s-exclusive 2014 Just Minors Game Used Greats Baseball. 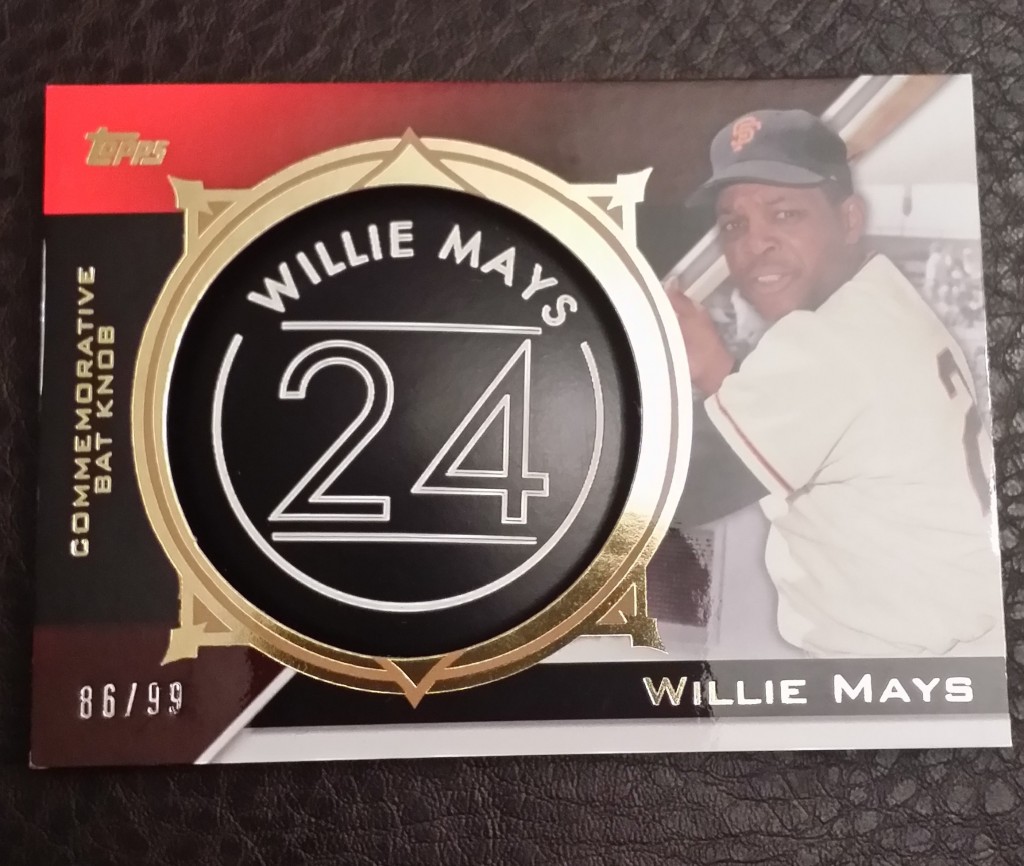 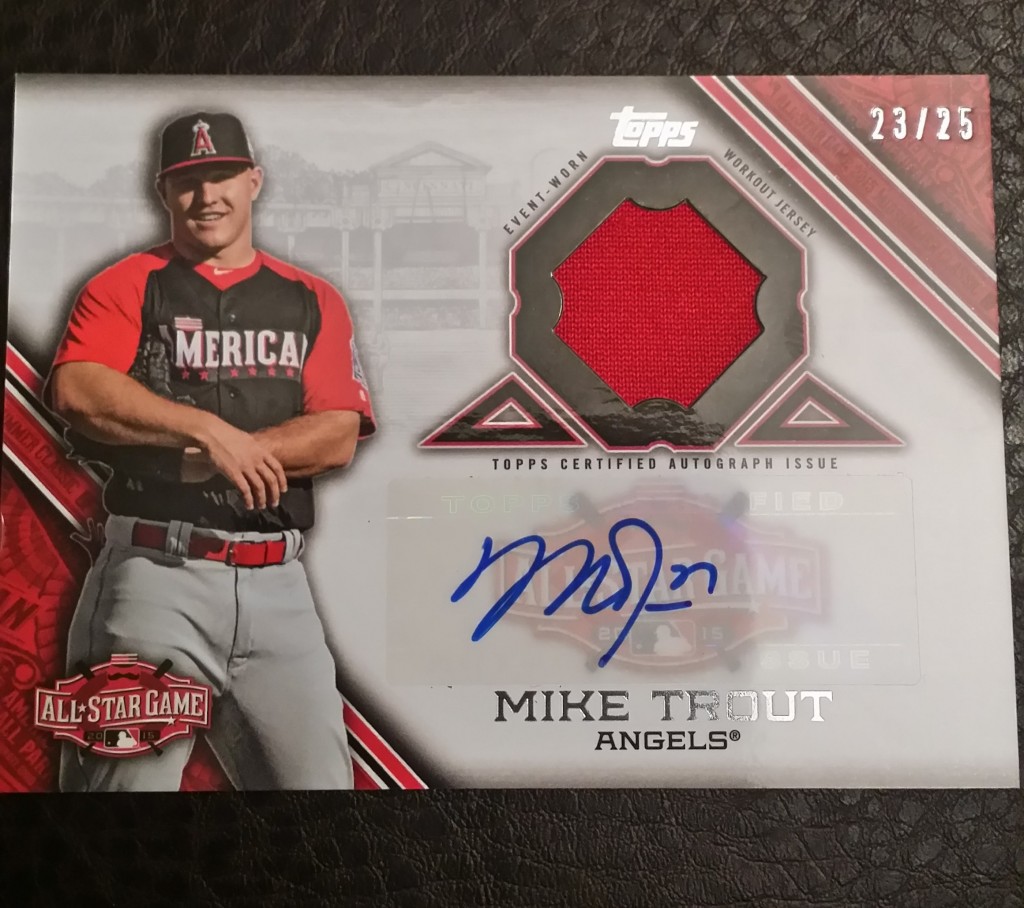 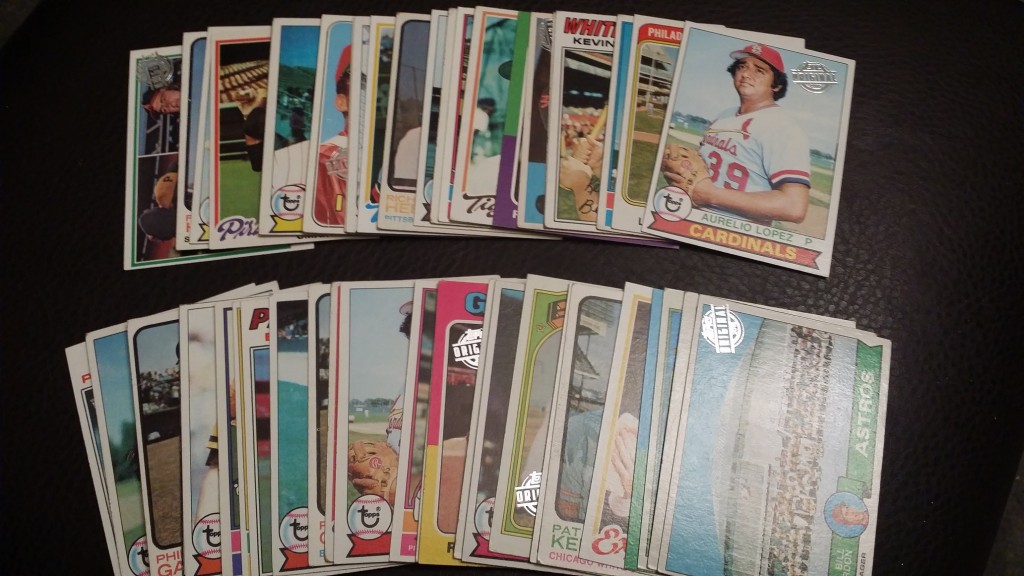 As for card hits, Charles pulled a Willie Mays manufactured bat knob relic from 2015 Topps Series 2 Baseball. He also had success with 2015 Topps Update Baseball with a Mike Trout All-Star auto relic (#’d 23/25) and a whopping 48 buybacks that were pulled from a total of 10 boxes. 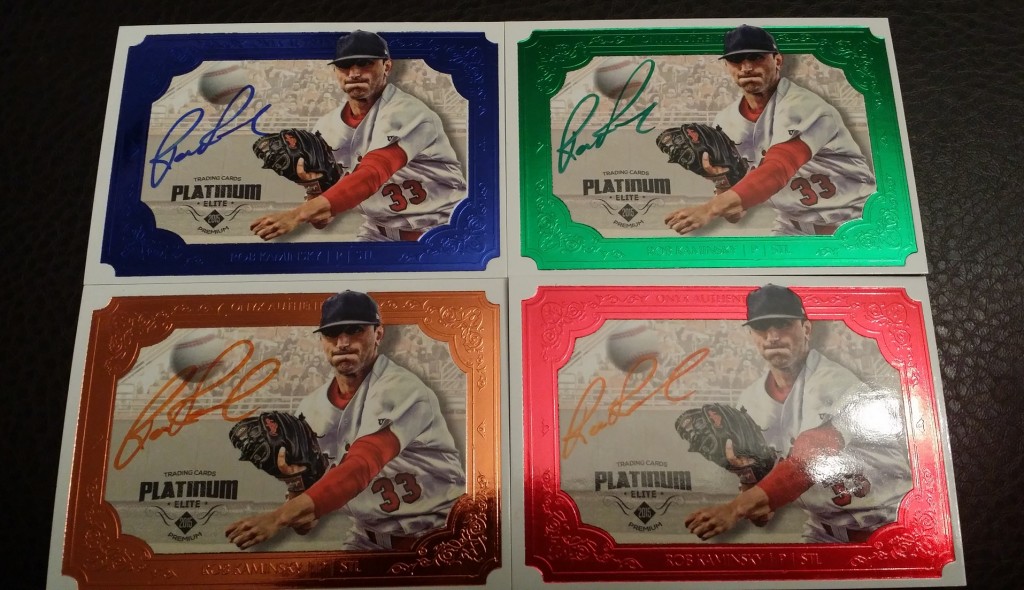 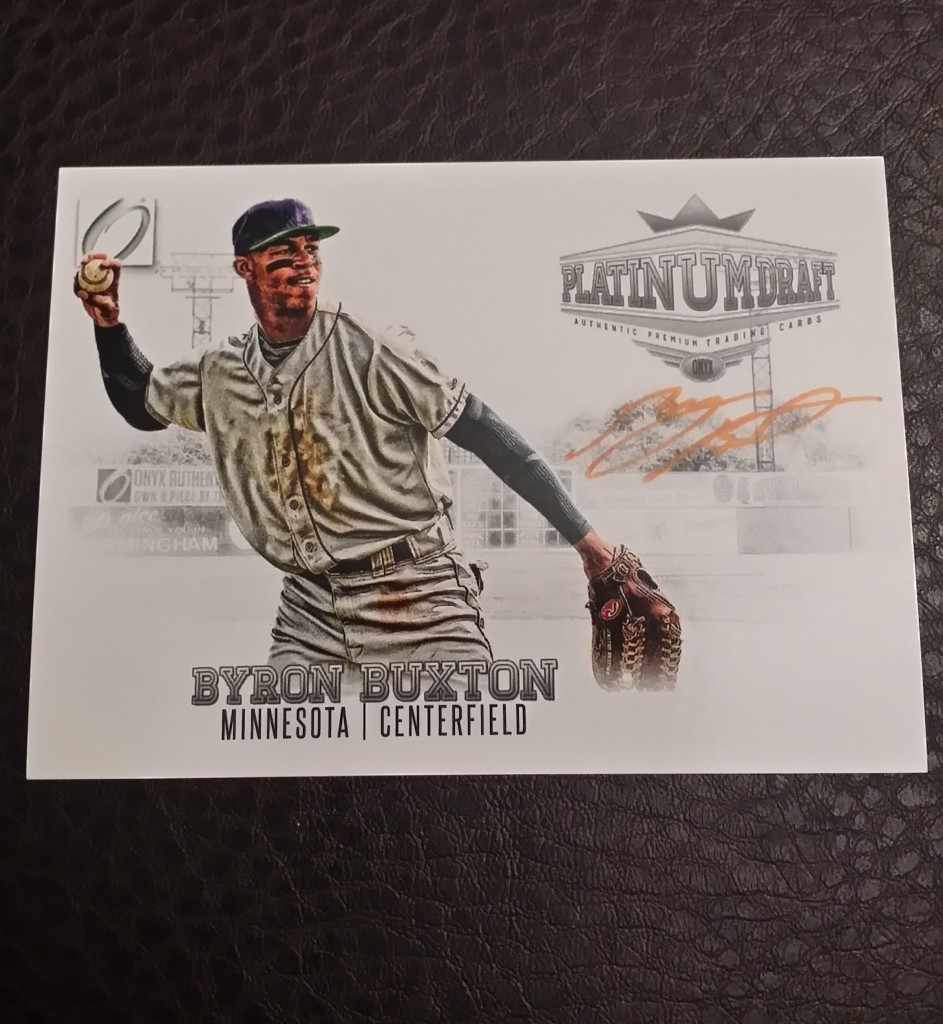 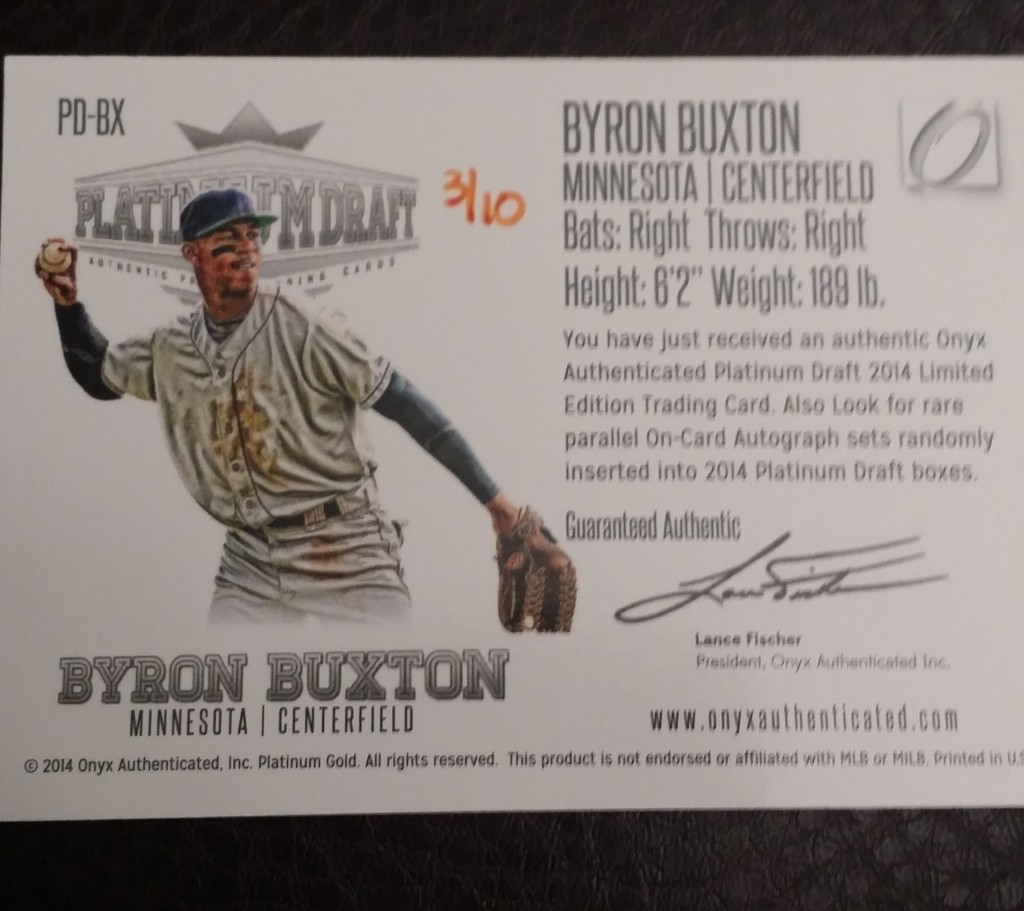 Charles is a very diverse baseball collector as purchases a range of product. He snagged some prospect hits from 2015 Onyx Platinum Elite, including four of the six parallels of Rob Kaminsky plus a Byron Buxton autograph numbered out of ten. 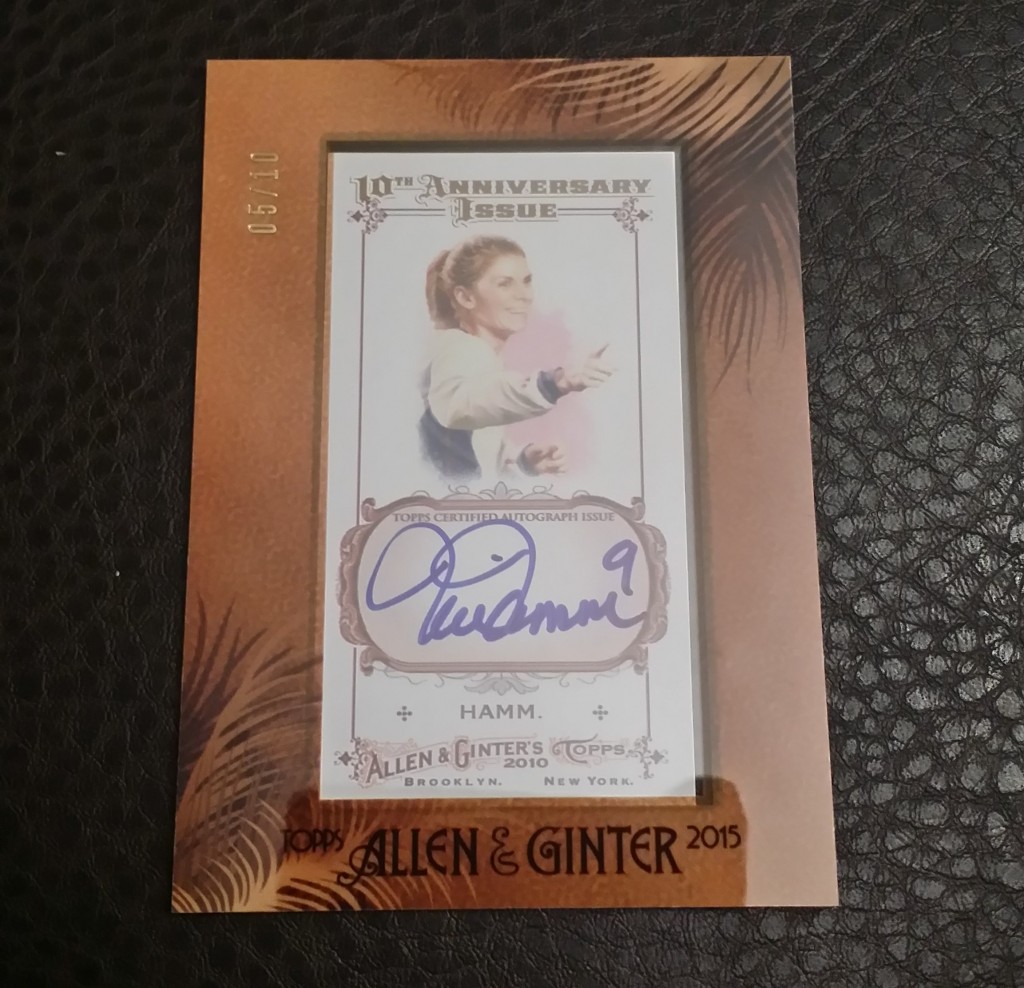 One of the more unique hits was a Mia Hamm framed mini auto from 2015 Topps Allen & Ginter that was numbered out of ten. Charles also scored some great one-of-one printing plates, low-numbered parallels and autographs and even a Tremendous Ten redemption from our Hit Parade Baseball Series 2 Patch Edition. Keep up the streak of great hits Charles!

If you pulled some great hits from boxes you purchased from Dave & Adam’s, and want to have them featured in our next edition of #DACWPulls, just send them to [email protected] or tweet them to us at @DACardWorld.

Dave and Adam's is one of the largest sellers of trading cards and collectibles in the world. Located just outside of Buffalo NY, the company operates two retail stores as well as the e-commerce website www.dacardworld.com
View all posts by Dave and Adam's Card World →
Dave & Adam’s Buying Teams in Reno & Chicago this weekend
Find the “Perfect Gift” with Dave & Adam’s 2015 Holiday Gift Ideas