First off Matthew sent us in the following submission via email of some of his best hits out of a case of 2011/12 Upper Deck The Cup Hockey. Most notably, Matthew pulled a Patrick Kane Emblems of Endorsement Autographed Double Patch Card #1/15, a Gabriel Landeskog Autograph Rookie Patch as well as a Pinnacle Ryan Nugent-Hopkins Autographed Rookie Card that Matthew pulled from his free bonus box that came with his order. 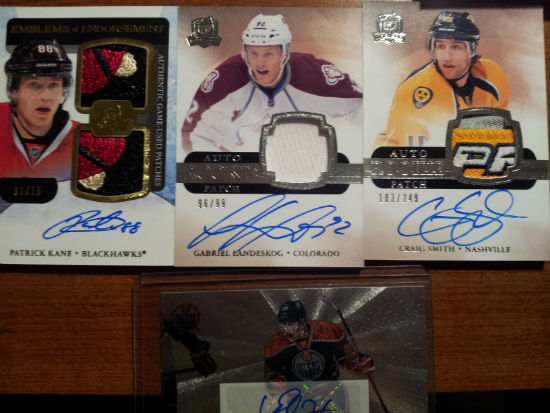 Next up we have a sick Emerald Logan Couture Jersey and Four Color Patch Card #22/24 that Sean pulled from a box of 2012/13 Upper Deck Artifacts Hockey. 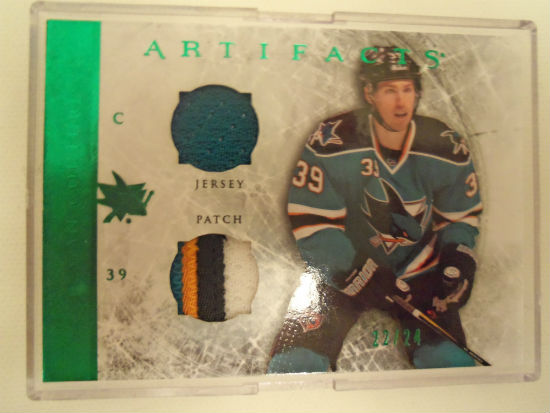 Moving on to Football, Shawn shared with us via our Facebook page this awesome Andrew Luck “Cracked Ice” Autographed Rookie Ticket that he pulled from a box of 2012 Panini Contenders Football. 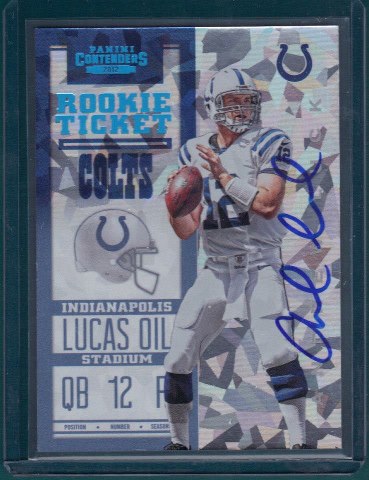 2011 Panini Playbook Football has been an extremely popular product lately and with hits like these Andy Dalton and Colin Kaepernick Autograph Booklets we can understand why. Thanks to Michael for sharing these with us on Twitter. 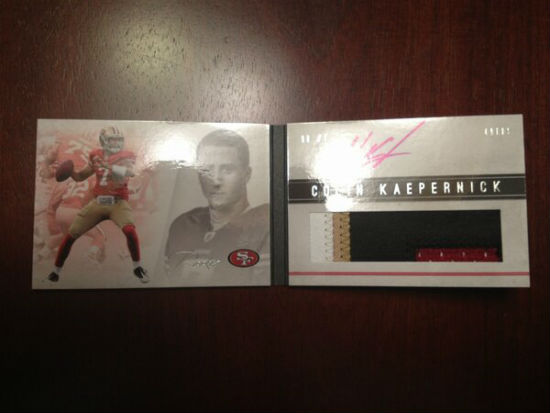 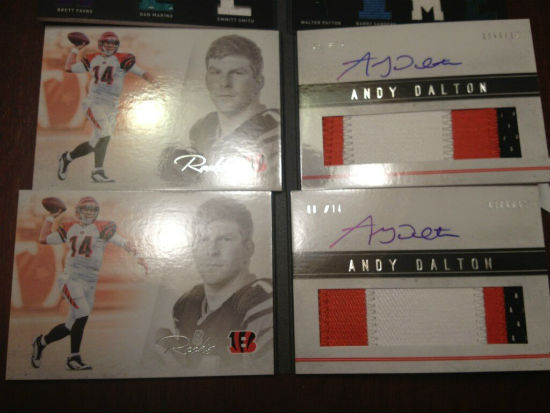 Michael also pulled this Colin Kaepernick Autograph from his FREE packs of 2011 Sweet Spot Football that he got with his Panini Playbook order. 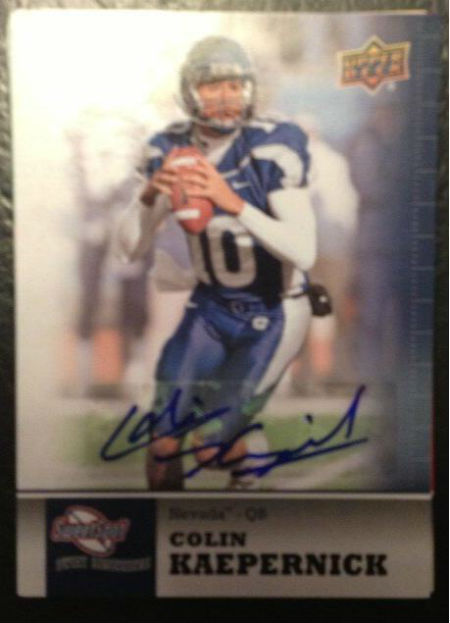 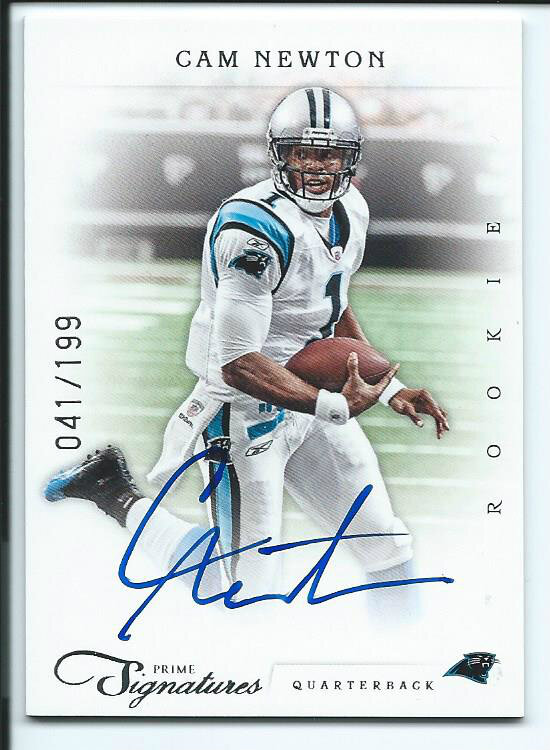 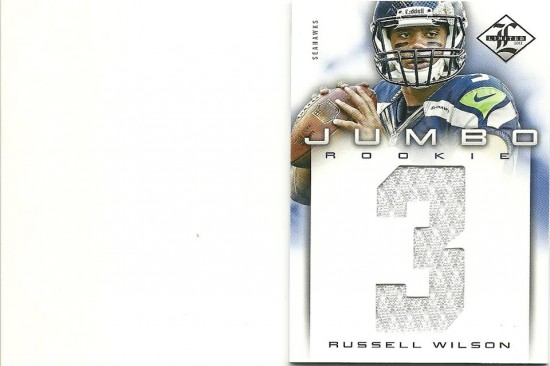 We had some quality hits come to us this week from the baseball diamond. First we have this Buster Posey In the Name 1/1 Letter Patch “P” that Andy pulled from the recently released 2013 Topps Series 1 Jumbo Baseball. 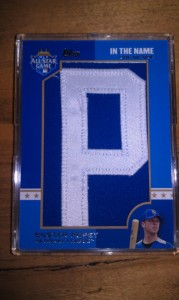 Next we have a Pablo Sandoval World Series Champions 4 Color Patch #9/100 that Tim pulled from his 2013 Topps Series 1 Baseball Box. 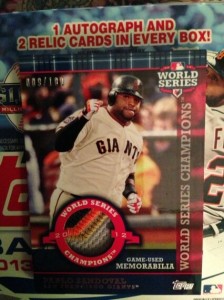 Tim also pulled these other hits form his 2013 Topps Baseball as well. 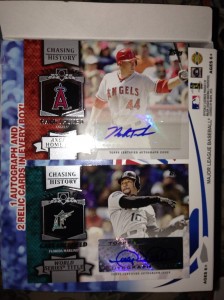 Lastly we have this Ken Griffey Jr. Autograph that Doug and his son got as their mystery card from our Baseball Card Collector Package #1 – with Mystery Memorabilia or Autograph Card. 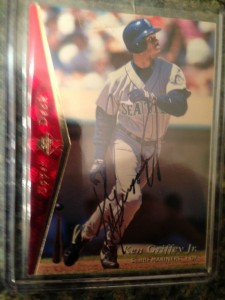 Dave and Adam's is one of the largest sellers of trading cards and collectibles in the world. Located just outside of Buffalo NY, the company operates two retail stores as well as the e-commerce website www.dacardworld.com
View all posts by Dave and Adam's Card World →
Oh Oh, Topps Magic!
2012 Upper Deck SP Game Used Golf Releases Today