We are always asking people to share their great pulls with us either via email ([email protected]), at the dacardworld Facebook page, at the dacardworld Google + Page, or by using the hashtag #dacwpulls on Twitter or Instagram. Each month we like to feature a few of the hits that are submitted and since we are already halfway through May (where has all the time gone) we figured it was about time to get the hits from April up!

We kick things off with this 1 /1 Wayne Gretzky 1992/93 Fleer Ultra Buyback Autograph that Ben pulled from a box of 2012/13 Upper Deck Fleer Retro Hockey. 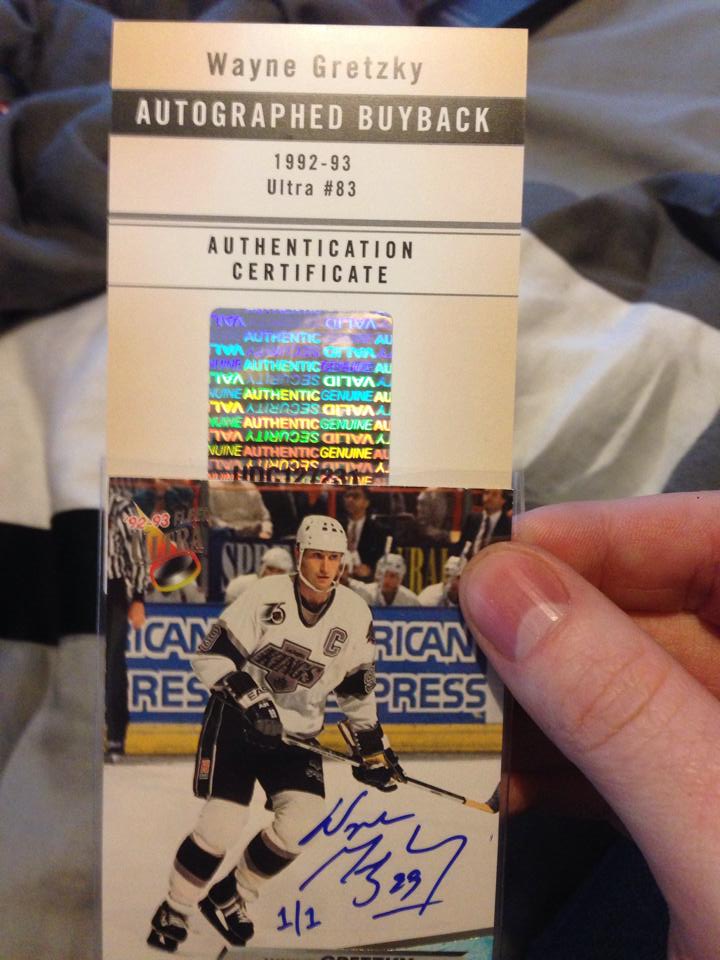 Even though the Tampa Bay Lightning didn’t fair to well in this years Stanley Cup Playoffs, this Steven Stamkos Cup Contenders autographed jersey patch was a solid pull out of 2011/12 Panini Contenders Hockey. 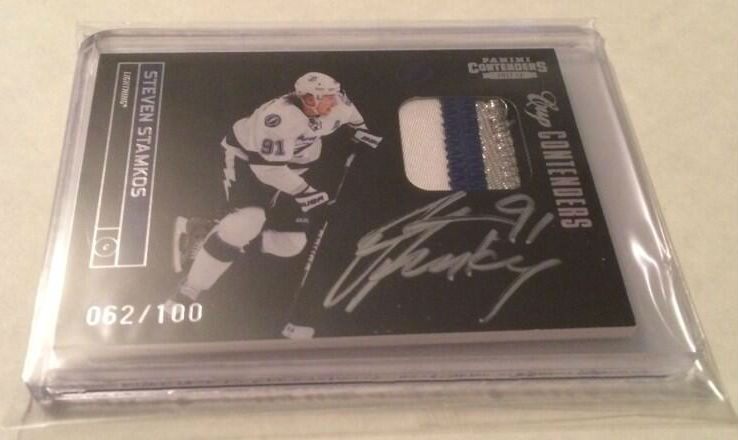 We had three basketball pulls submitted to us that are pretty hard to top. You be the judge on which is best…

First, Ryan purchased a case of 2013 Upper Deck All-Time Greats Basketball and pulled a Michael Jordan Signature #10/50, and Isiah Thomas #9/4, a Dennis Rodman #2/5, a Hakeem Olajuwon #1/5, a Larry Bird All-Time Forces Autograph #30/35 and a Gary Payton Big Signatures #7/10. But his biggest pull to come from the case was this beautiful Lebron James 1/1 Gold Autograph. Congrats Ryan! 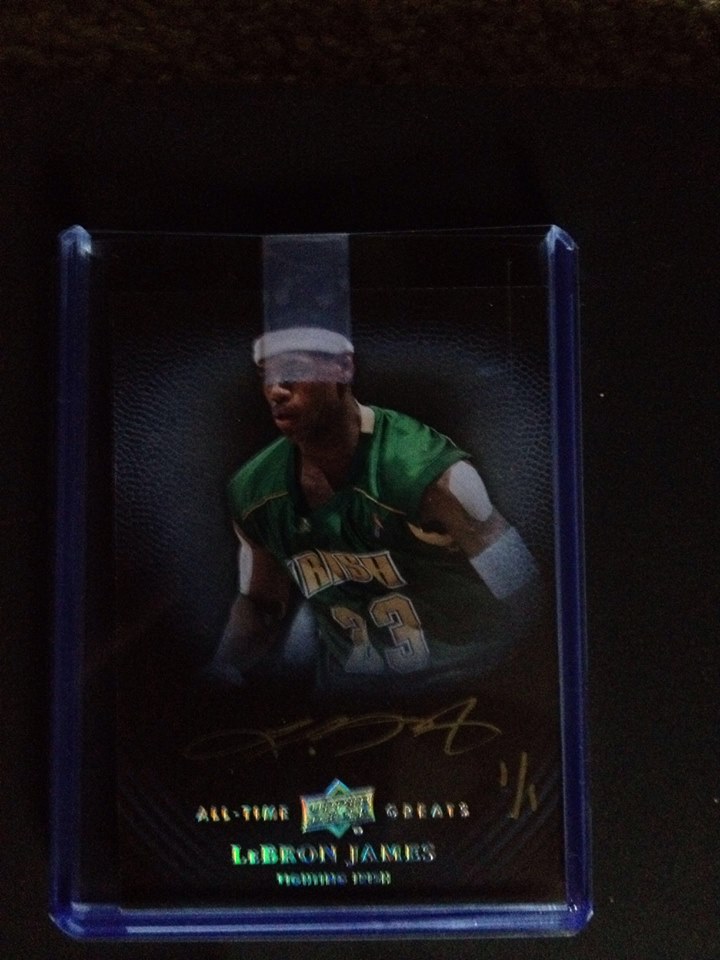 Next, Michael shared this Michael Jordan 1995/96 SP Authentic Buyback Autograph #5/5 that he pulled from a box of 2013/14 Upper Deck SP Authentic Basketball. 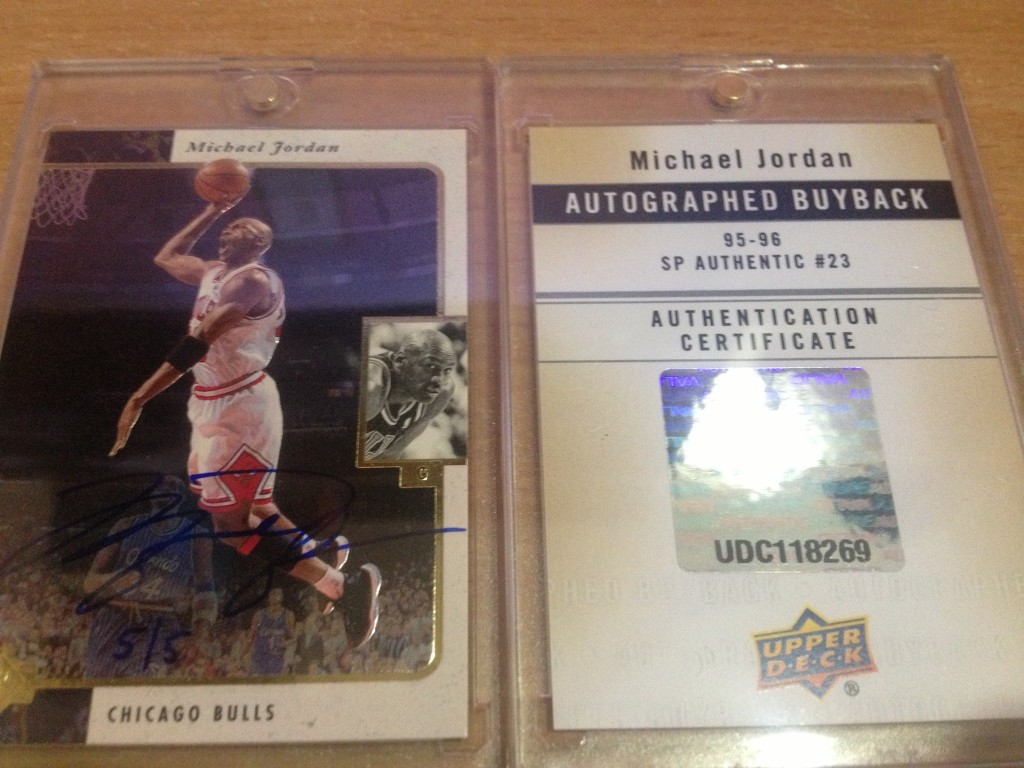 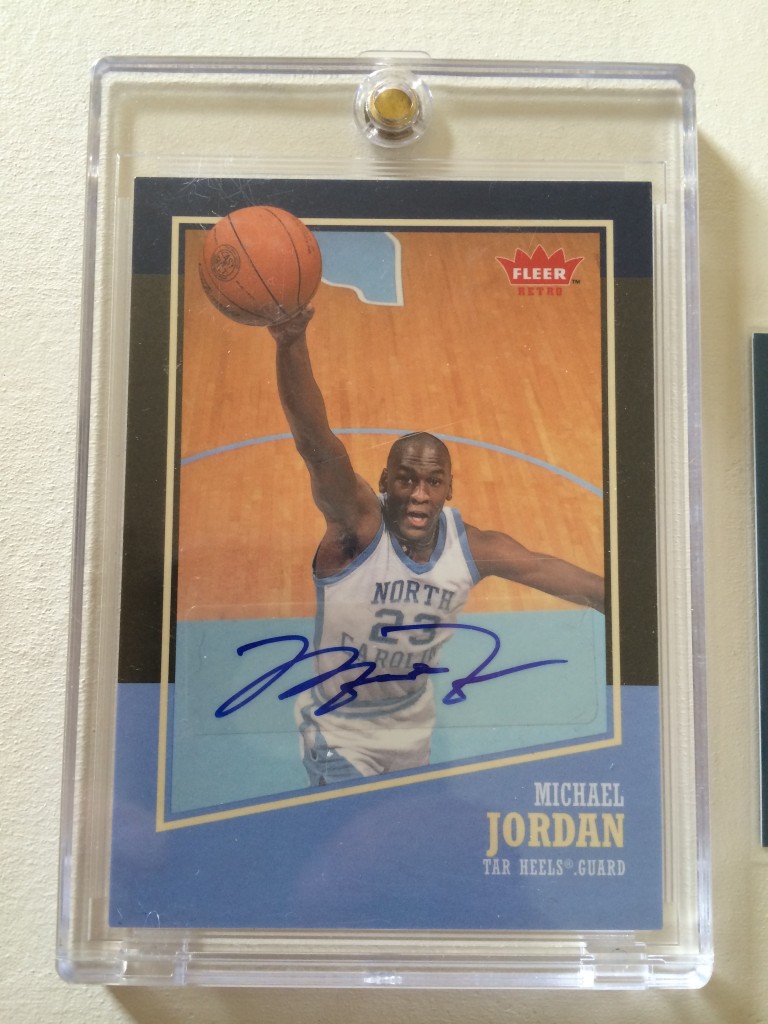 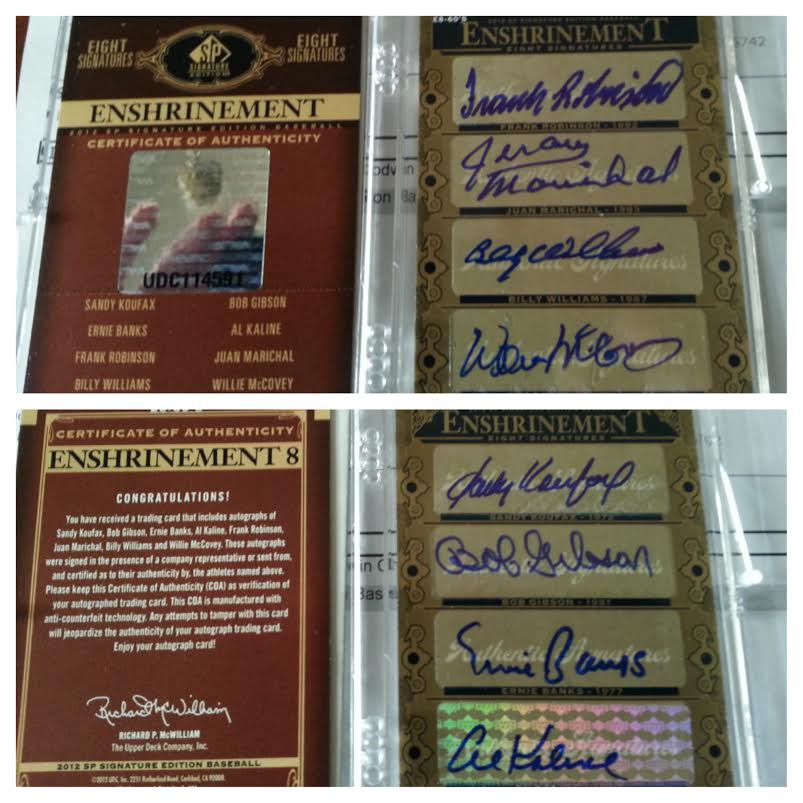 Christopher hit this Bryce Harper/Mike Trout Dual Autograph #2/15 out of box of 2014 Topps Museum Collection Baseball. Here is what Chris had to say about his pull:

As collectors sometimes we get the so so boxes/hits you get none but we live for this : ) 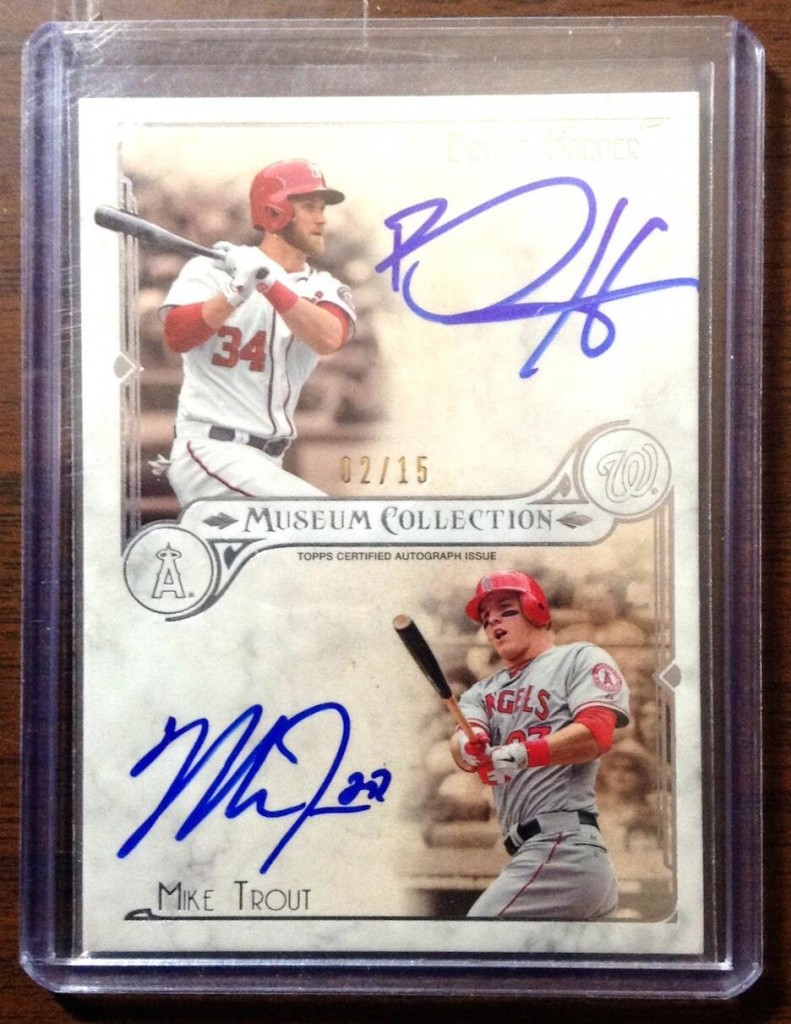 We couldn’t have said it any better…congrats Christopher!

Finishing off baseball (and kicking off football), James did alright for himself out his one box of 2014 Topps Gypsy Queen Baseball and one box of 2014 Upper Deck Football. James pulled not one but two 1/1’s from Gypsy Queen. He pulled a Matt Holliday Yellow Mini and a David Freese Black printing Plate. 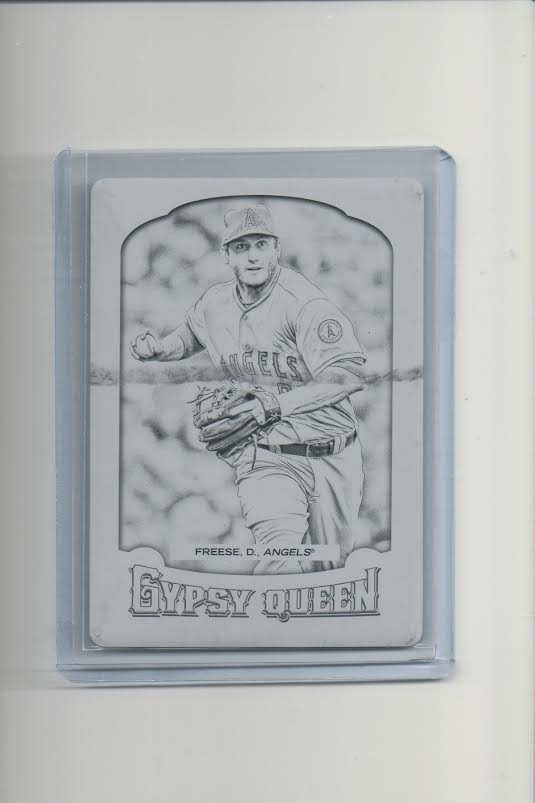 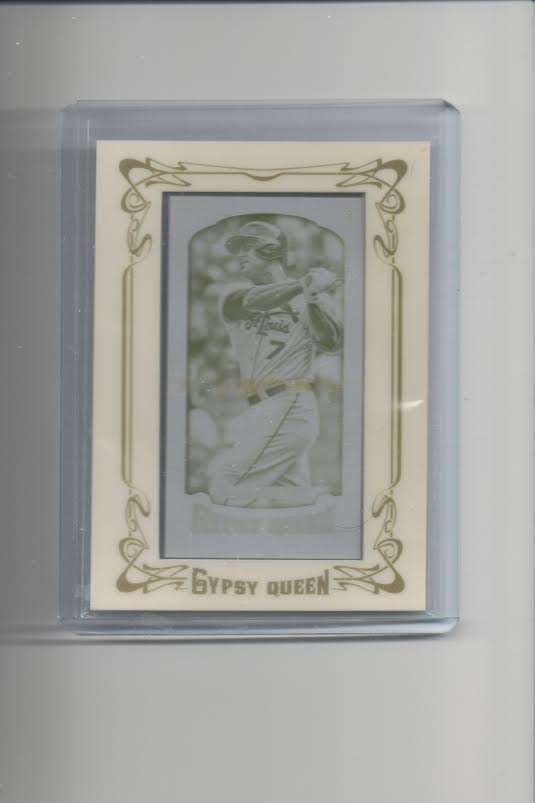 Then James hit this 1994 Dan Marino Tribute Autograph. Congrats James, it might be time to go play the lotto! 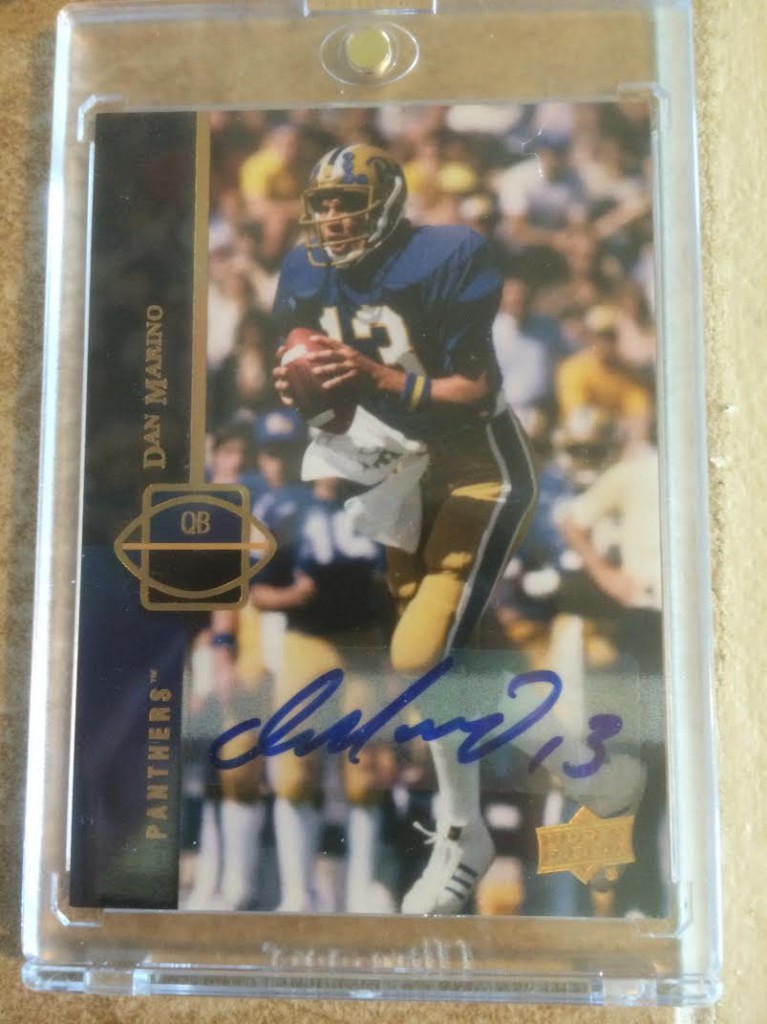 We had quite a few other football hits during the month of April. Here are a few…

Christopher hit this Giovani Bernard Autograph from a box of 2013 Panini Prestige Football. 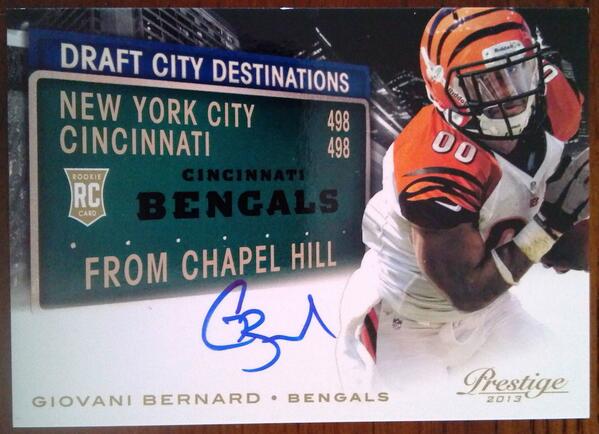 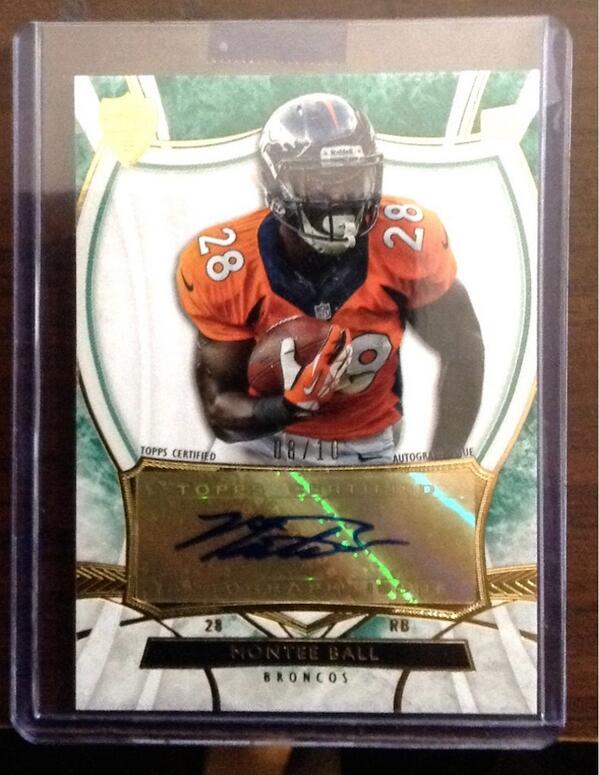 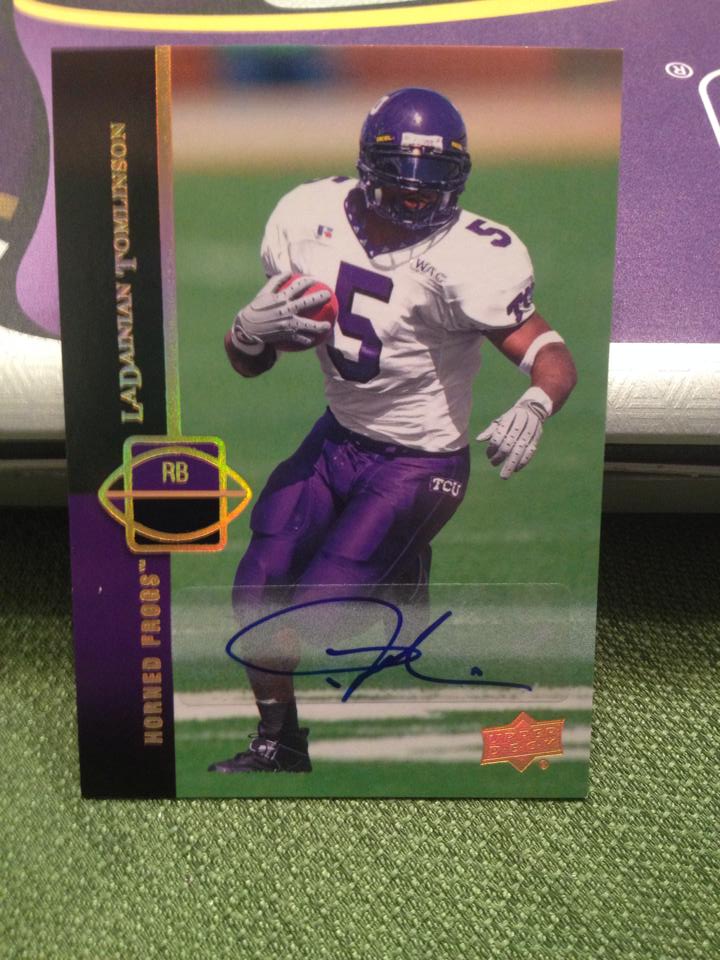 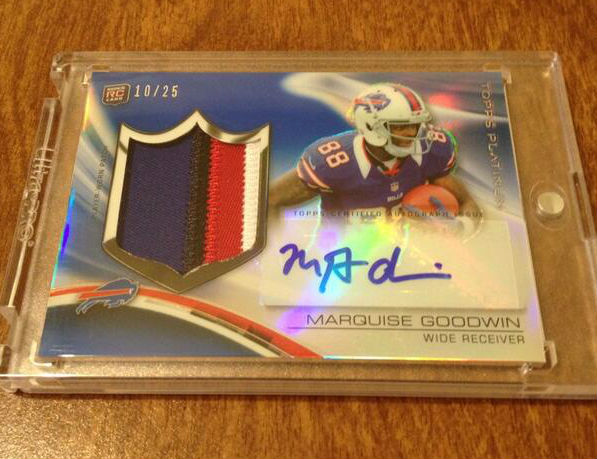 “S” as he is referred to on Twitter sent us his hits from a box of 2013 Panini National Treasures Football. S pulled a Ngata Black Plate & Patch, a Manning, Welker, Thomas & Moreno Quad #20/25 and a Peyton Manning Game-Worn Jersey Autograph #25/25! 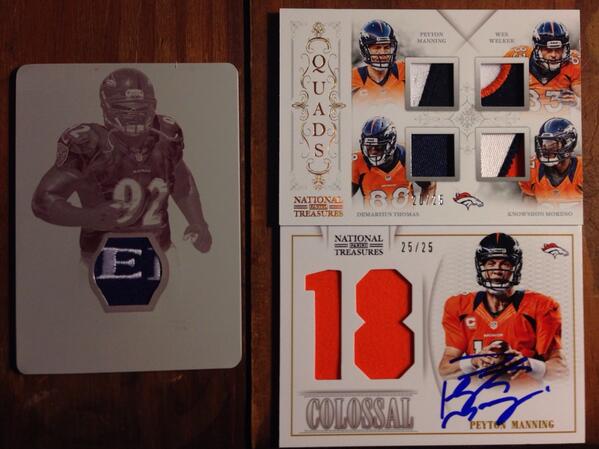 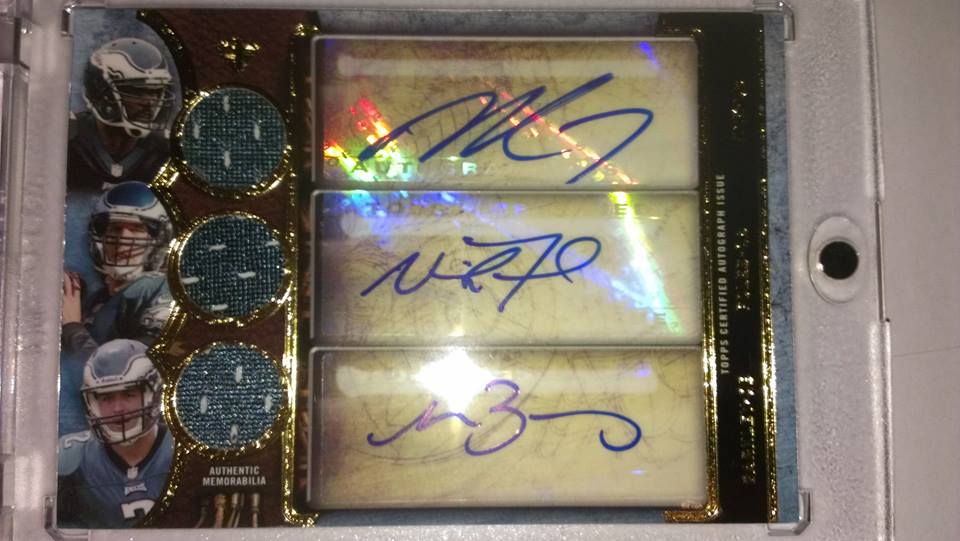 And lastly, seeing as the NFL draft was just completed this post wouldn’t be complete without a Johnny Football hit. Steve hit this #8/25 manziel Autograph from a 2014 Leaf Metal Draft Football Hobby Box. 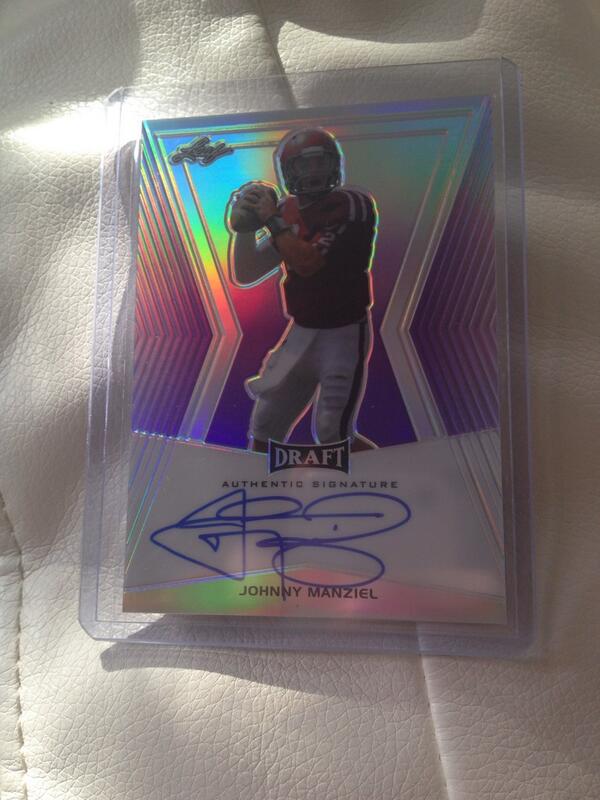 Thanks to everyone who submitted pulls to us last month!

Dave and Adam's is one of the largest sellers of trading cards and collectibles in the world. Located just outside of Buffalo NY, the company operates two retail stores as well as the e-commerce website www.dacardworld.com
View all posts by Dave and Adam's Card World →
Dave and Adam’s at Big WOW Comicfest!
Topps Announces Jose Abreu Autographs Added to 2014 Archives Baseball!