DACW Live busted their first 20-box case of 2014-15 Upper Deck SP Game Used Hockey on Wednesday. Let’s take a look at some of the hits they found.

DACW Live pulled five of the Draft Day Marks letter patch auto, including ones from Jonathan Drouin, Evgeny Kuznetsov, Teuvo Teravainen and current NHL rookie scoring leader Filip Forsberg (who was traded to Nashville after being drafted by Washington).

They also pulled jersey autos from two of the hottest rookie in hockey collecting this season, Aaron Ekblad and Jonathan Drouin. There was also a Drouin rookie patch card. 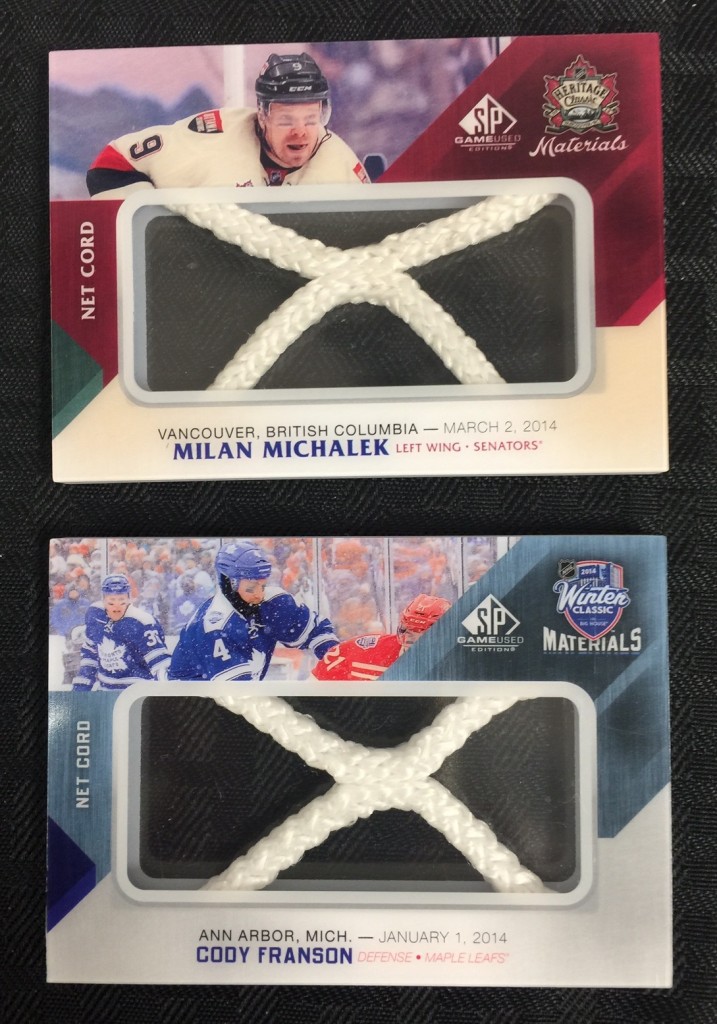 There’s also some fantastic patch cards from the outdoor games. These all came from the Stadium Series games. 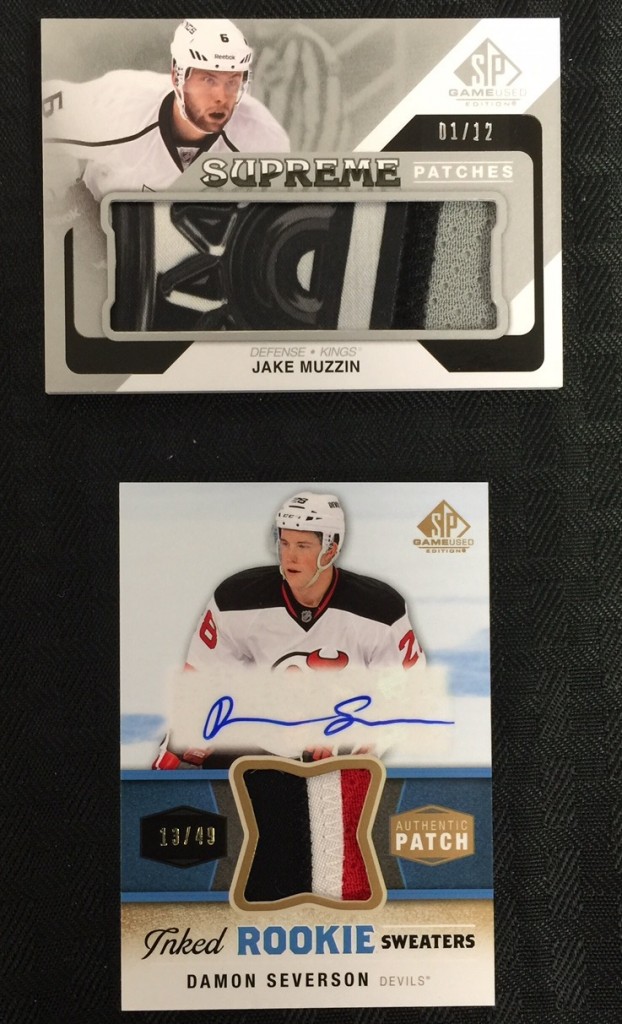 These last two are couple other nice looking pulls that didn’t fit in anywhere else. The Jake Muzzin Supreme Patch (#’d 1/12) cards has a piece of the patch from his Stadium Series jersey when the Kings played the Ducks at Dodger Stadium. The lone rookie patch auto in the case was from Damon Severson of the Devils.

Have you opened any boxes of 2014-15 SP Game Used Hockey yet? Send your hits to collecting at dacardworld.com if you want to see them in our next #DACWPulls blog post. We have another case break scheduled for Monday, January 19 if you want to get a slot.

Dave and Adam's is one of the largest sellers of trading cards and collectibles in the world. Located just outside of Buffalo NY, the company operates two retail stores as well as the e-commerce website www.dacardworld.com
View all posts by Dave and Adam's Card World →
#DACWPulls: NT Baseball hits & Requiem for Press Pass
2015 Topps Series 1 Baseball preview