Once again we asked collectors to share their best hits they pulled during the Christmas holiday weekend. We’ve taken the 12 best and ranked them for the 2015 edition of the 12 Hits of Christmas. 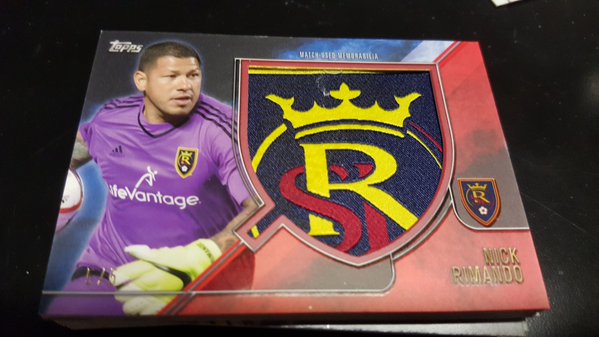 Real Salt Lake fan and collector Robert found this gorgeous patch hit in a box of Apex Soccer that he received from his wife for Christmas. The low numbering and team logo really caught our attention. As the MLS gains popularity in North America so does interest from collectors in Topps’s MLS products. 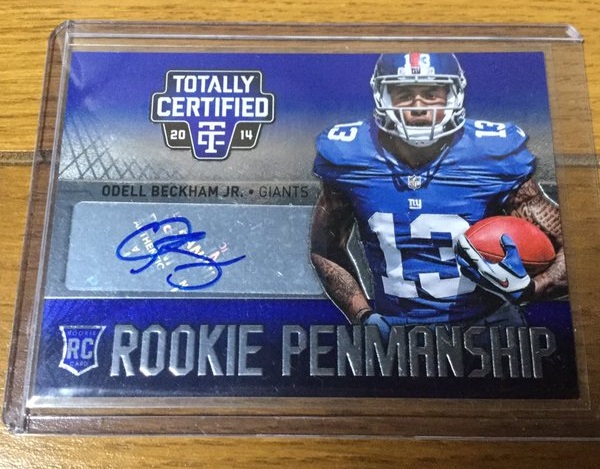 This was a bonus hit for Joe as it came from a box of Totally Certified that he received as a free gift from us for his recent order. OBJ continued to remain popular with collectors in 2015 after his stellar rookie season. 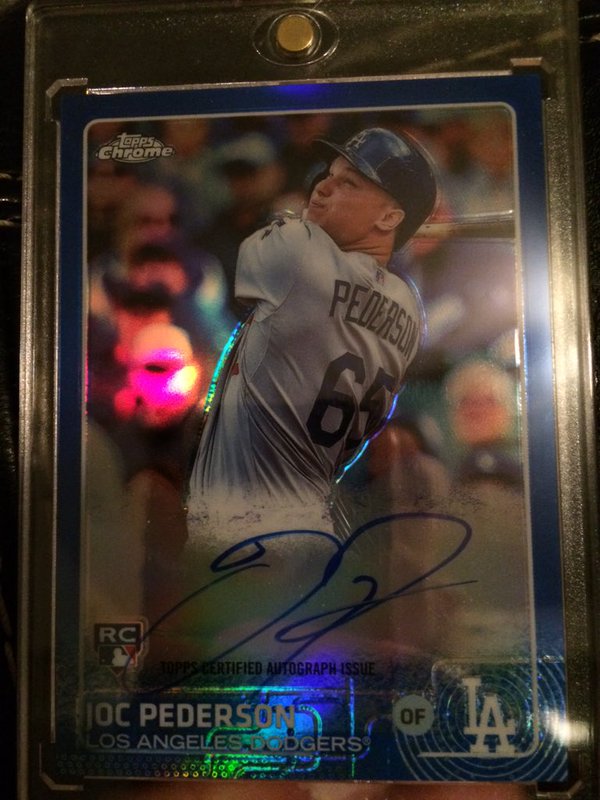 Brad B. pulled this Pederson rookie auto from 2015 Topps Chrome Baseball. Pederson was one of the hottest rookies in baseball to collect this past season. Brad also received bonus points for pulling a relic chip from a box of MLB Chipz. 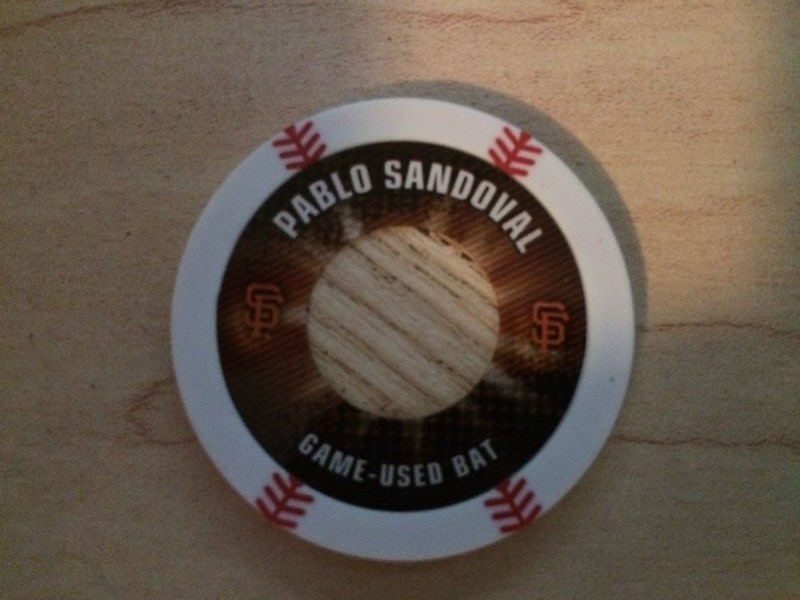 These things seemed rarer than a unicorn until our live breakers found one earlier this year. Congrats to Brad on pulling this Pablo Sandoval bat relic chip. 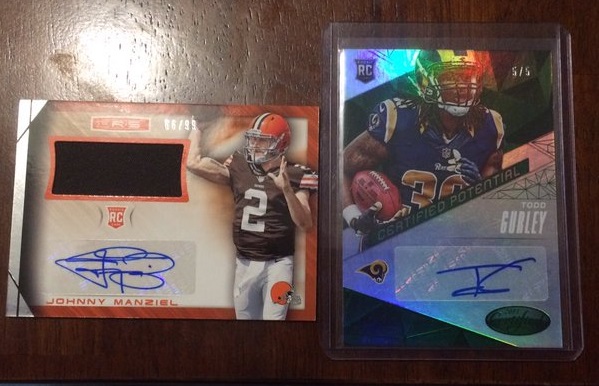 Sam pulled a pair of nice football rookie autos on Christmas morning. Gurley is having a monster season after missing the first few games due to injury. He is rivaling Marcus Mariota and Jameis Winston among collectors for the most popular member of the 2015 rookie class. A low number makes this hit even sweeter. As an added bonus Sam also scored a rookie auto relic of Johnny Football. 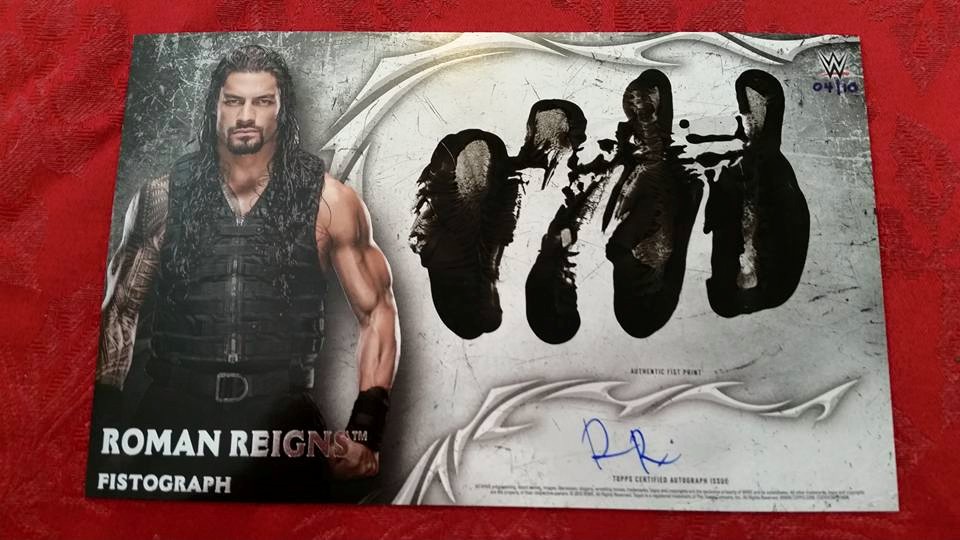 Matt shared this Fistograph auto of the WWE World Heavyweight champion with us on Facebook. WWE collectors can’t get enough of Topps’s first high-end wrestling release that feature great hits like this one. The low, hand-numbering adds splash to this great pull. 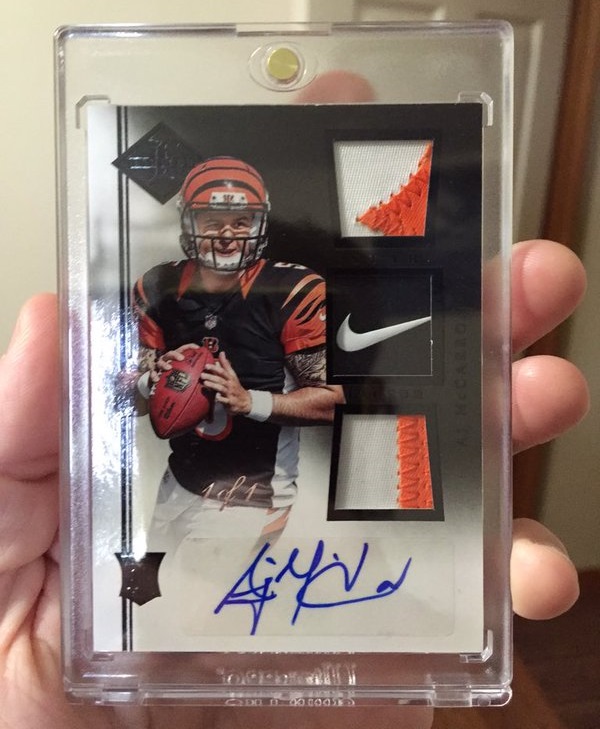 We may have to revisit the ranking of this hit from Justin depending on how far McCarron leads the Bengals into the playoffs. He found this one-of-one triple relic auto from 2014 Limited at just about the perfect time as McCarron has taken over for the injured Andy Dalton. It features two patches plus a Nike Swoosh logo. 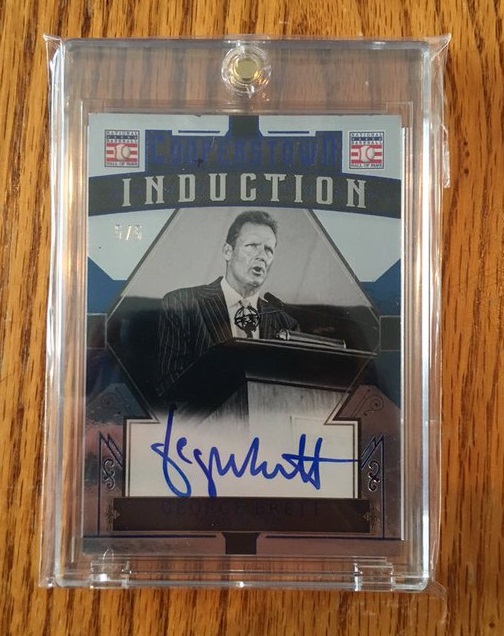 This was the best out of a bunch of hits Mac sent us on Twitter. This stunning autograph card of first ballot Hall of Famer George Brett is a rare 5/5 parallel from 2015 Cooperstown. 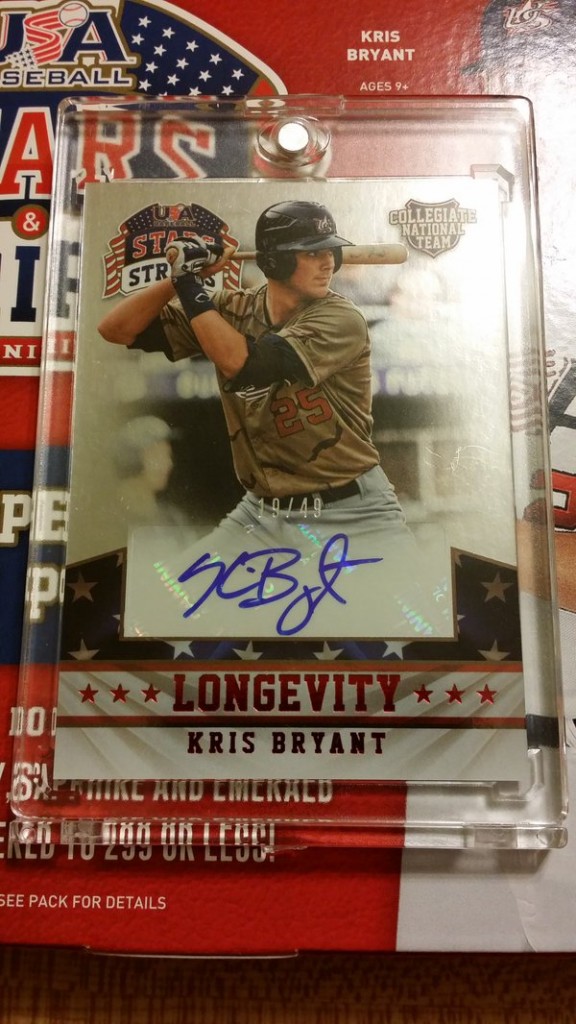 Matthew M. picked up this nice Kris Bryant autograph from a box of Stars & Stripes Longevity he bought on a Black Friday deal. Bryant has dominated baseball collecting for the past two years as we awaited his MLB debut during 2014, and then finally got to see him in a Cubs uniform this past season. Panini’s USA Baseball products are a great (and affordable) way to find autographs of Bryant. 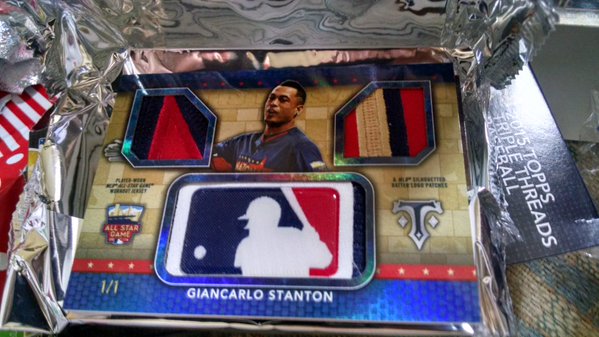 Tae B. makes the “12 Hits of Christmas” list for a second-straight year with this one-of-one patch card of Giancarlo Stanton. Triple Threads always provides some of the nicest looking relic cards of the year, and this is a fine example. It features a pair of jersey patch relics along with an MLB logo patch. 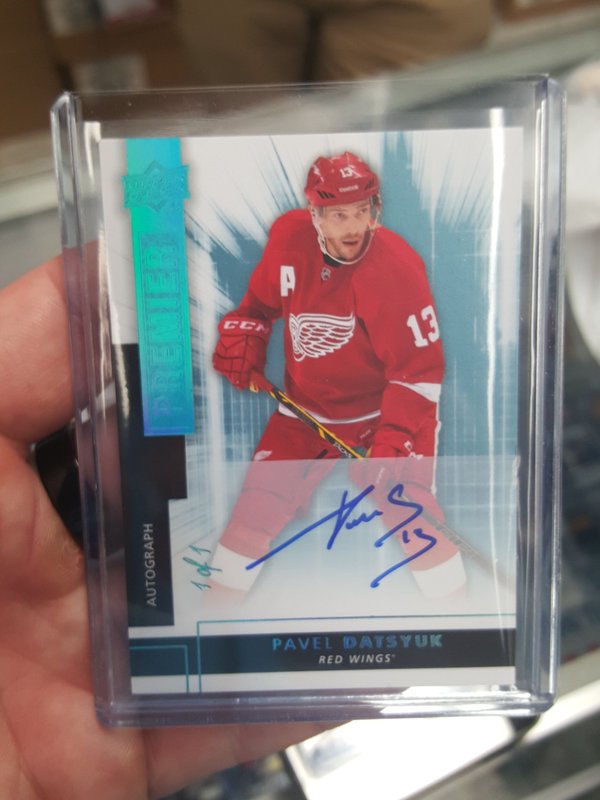 Mike B. pulled this Datsyuk one-of-one from a box he bought at our retail superstore. It’s always nice to find an autograph of a future hall of famer, and it’s even better when it’s one of a kind. 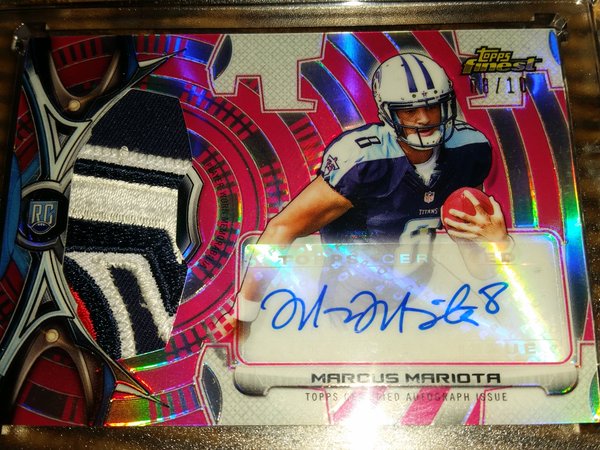 Curtis pulled this wild-looking rookie patch auto of the Titans’ rookie quarterback. Mariota has been hot for collectors this year, and a low-numbered hit like this would likely draw some interest in the secondary market. 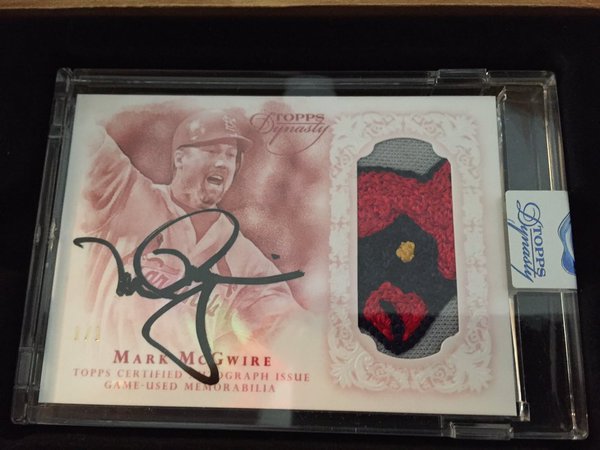 Peter L. takes top honors on this year’s list with his last-minute entry. The hits in Dynasty Baseball have been stunning, including this one-of-one patch auto of “Big Mac”. Nice pull Peter and congratulations on making the top of our “good list” this year.

Our first and only video submission deserves a special spot in this post. Tim sent along a video of his son opening packs of Topps Heritage Baseball on Christmas morning, and his priceless reaction to finding an autograph of Joc Pederson. It truly captures the spirit of what makes collecting so great. Thank you Tim for sharing.

We always love to show off our customer’s big hits. Send them to collecting @dacardworld.com or tweet them to @DACardworld!

Dave and Adam's is one of the largest sellers of trading cards and collectibles in the world. Located just outside of Buffalo NY, the company operates two retail stores as well as the e-commerce website www.dacardworld.com
View all posts by Dave and Adam's Card World →
Happy birthday, Stan Lee!
Upper Deck reveals redemption checklist for 2015-16 MVP Rookie Redemptions