Dave & Adam’s and DACW Live celebrated the release of the 2013-14 Upper Deck The Cup hockey by breaking five cases of the product on our live web stream. Here’s a recap of some of the big hits that were pulled. 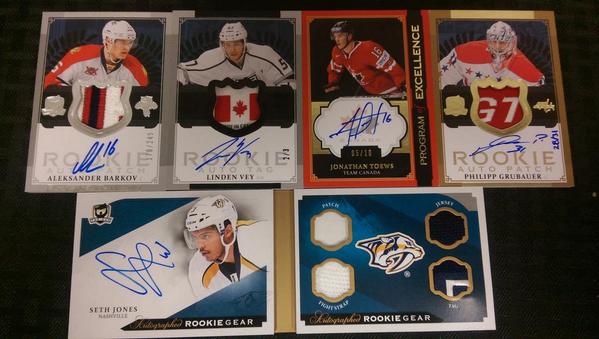 Case #1 was highlighted by a Seth Jones Autographed Rookie Gear booklet complete with four jersey swatches. The “GT” in Washington was featured in the Rookie Auto Patch from Capitals goalie Philipp Grubauer. Our first Program of Excellence cards was of Jonathan Toews (#’d 5 of 10). We also pulled a Rookie Auto laundry tag of Linden Vey. A rookie auto patch of Aleksander Barkov was also pulled, but this wouldn’t be the last appearance of the Panthers rookie forward. 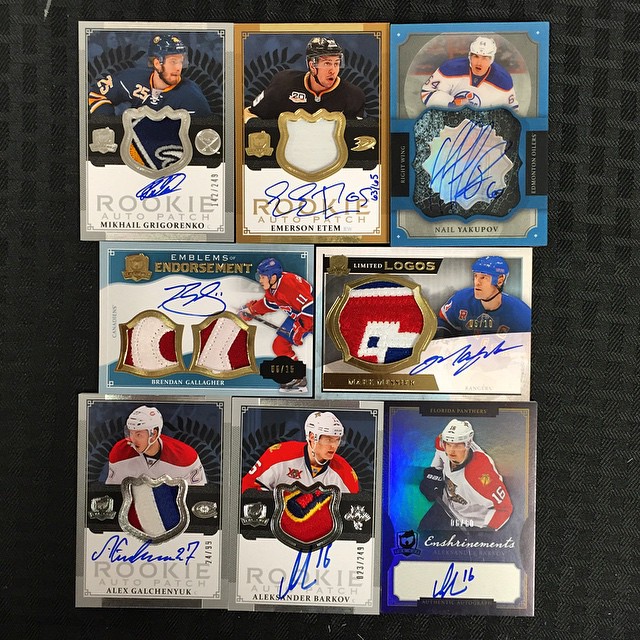 We not only pulled another Rookie Auto Patch of Barkov in the second case but also an Enshrinements autograph card. One of the other big rookies from last season was Montreal’s Alex Galchenyuk and we found one of his Rookie Auto Patch cards in Case #2 (#’d 74/99) with a nice, tri-color patch. A card similar to this is already selling on eBay for over $1325! Galchenyuk’s Canadiens teammate, Brendan Gallagher, also came up as an Emblems Endorsement. A Mark Messier Limited Logos auto patch was a nice pull with what appears to be the “E” in Rangers. Some other hits from this case were a shadowbox auto from Nail Yakupov, a Gold parallel Emerson Etem Rookie Auto Patch and a Mikhail Grigorenko Rookie Auto Patch. 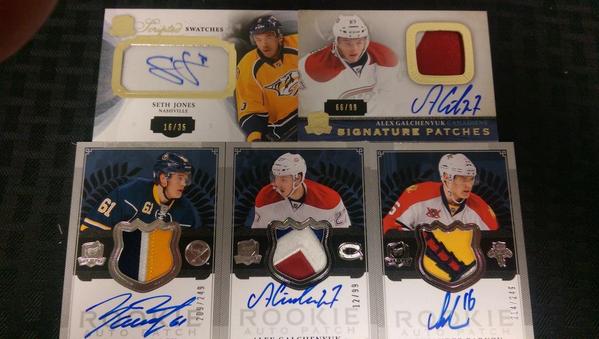 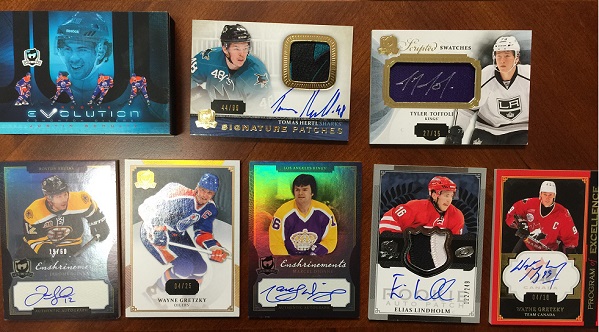 Case #4 was pretty “Great” with two cards featuring “The Great One’, including a Gold base parallel and a Program of Excellence auto. We also pulled Enshrinements autos of Jarome Iginla and Marcel Dionne. There were three solid rookie memorabilia cards with an Elias Lindholm RPA, Tomas Hertl Signature Patches and a Signature Swatches from Tyler Toffoli. We also came across our first Evolution video card booklet with Justin Schultz. Inside the booklet is a small LCD screen that plays a brief video about the player. 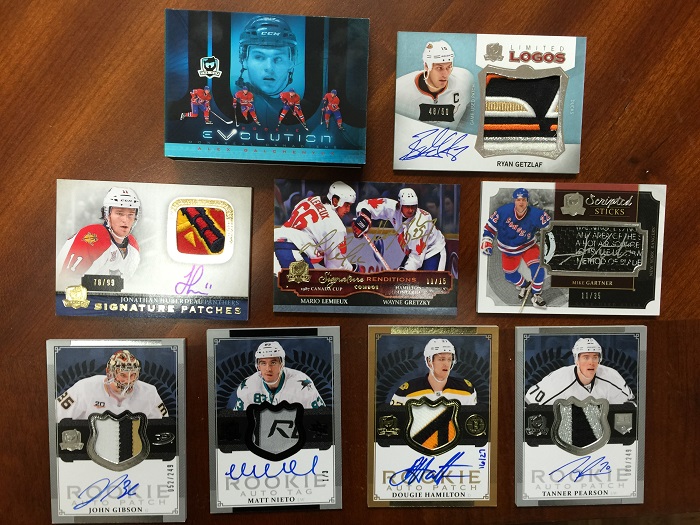 Case #5 provided us with three Rookie Patch Autos, including John Gibson, Tanner Pearson and a Gold parallel Dougie Hamilton. There was also a Matt Nieto Rookie Auto Tag. There was another Panthers patch card but this time it was Jonathan Huberdeau instead of Barkov. We also pulled a Ryan Getzlaf Limited Logos, a Signature Sticks of Hall of Famer Mike Gartner and a Alex Galchenyuk Evolution video card. Perhaps the biggest hit of the day was a Signature Renditions 11/15 Wayne Gretzky/Mario Lemieux dual autograph. The card depicts “The Great One” and “Super Mario” playing in the 1987 Canada Cup. Two copies of this card are already on eBay and are going for more than $200. 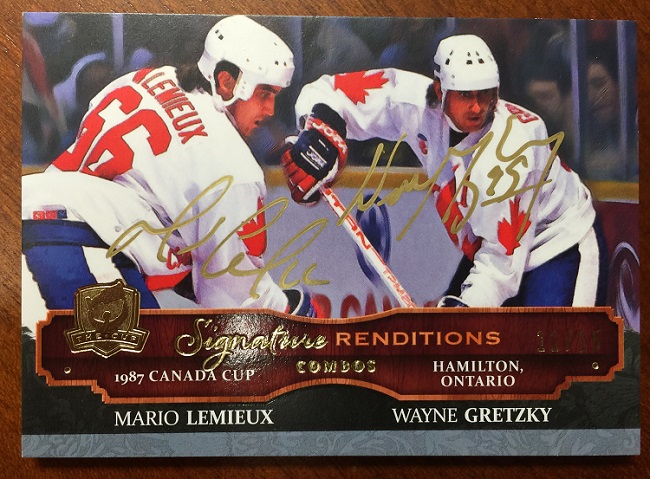 If you want to rewatch any of yesterday’s breaks you can check them out on the DACW Live page of our site. Stay tuned for more breaks featuring 2013-14 The Cup or buy your own case or box and we can break it for you.

Dave and Adam's is one of the largest sellers of trading cards and collectibles in the world. Located just outside of Buffalo NY, the company operates two retail stores as well as the e-commerce website www.dacardworld.com
View all posts by Dave and Adam's Card World →
Upper Deck stepping it up with Signature Kicks
Leaf Trading Cards Announces Football Redemption promo