Panini Playbook Football returns to the hobby this December!

After a year away, Panini is set to bring back the Playbook brand for the 2018 NFL season this December and we could not be any more excited for this! With a focus on booklet cards the brand is poised to make a huge splash this winter in its return to the hobby! Let’s take a look at what we can expect to find! 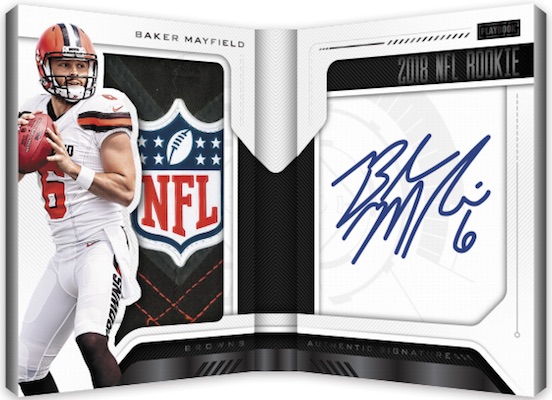 With a focus on just hits, each box contains four autographs or memorabilia cards with at least one booklet card. Three out of every four boxes have a hard-signed rookie jersey autograph booklet. Living up to its namesake, 2018 Panini Playbook Football packs (no pun intended!) a lot of booklet autographs. The Rookie Playbook Jersey Autographs set features on-card signatures and includes a large swatch for 2018 NFL Draft rookies. In addition to the base numbered to 125 or less, there are Gold (#/99 or less), Platinum (#/49 or less), Green (#/25 or less), Red (#/10), Glove (#/5), NFL Shield (1 of 1), Laundry Tag (1 of 1), and Printing Plate (1 of 1) versions. 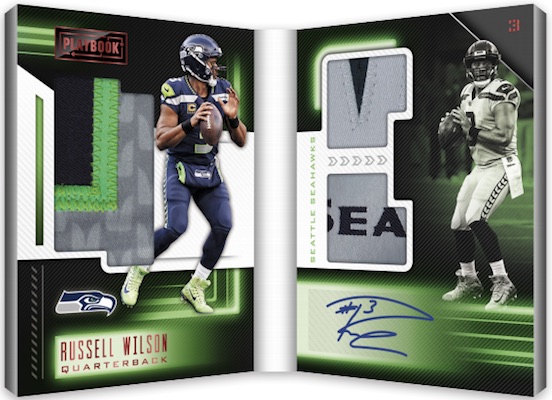 The Vault Tri-Fold Jersey Auto Booklet incorporates a three-panel design with a whopping EIGHT jersey swatches per card! These look absolutely incredible! Oh and did I mention the cards are acetate as well! Each card is numbered to 25 or less and you can chase after Gold (#/10 or less) and Premium (1 of 1) parallels. 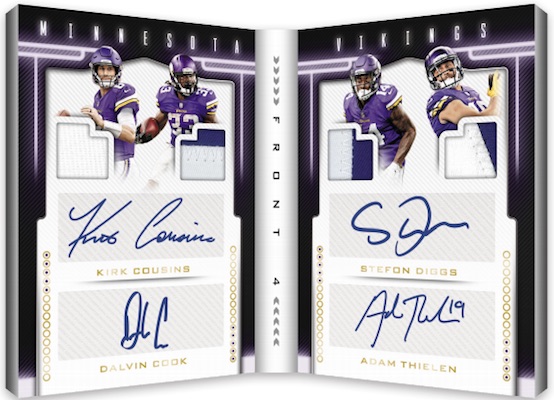 The two-panel Front 4 Signatures Booklet features the same rarity and parallels as the tri-fold booklet above but instead showcases a relic swatch and signature for four top players in the league. Some other hits to look out for include Split 6 Signatures and Coaches Quotes. 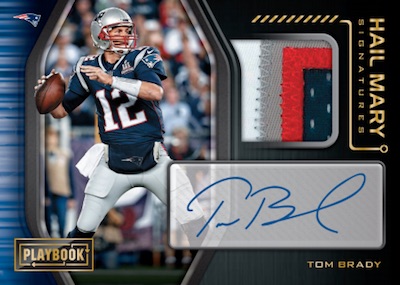 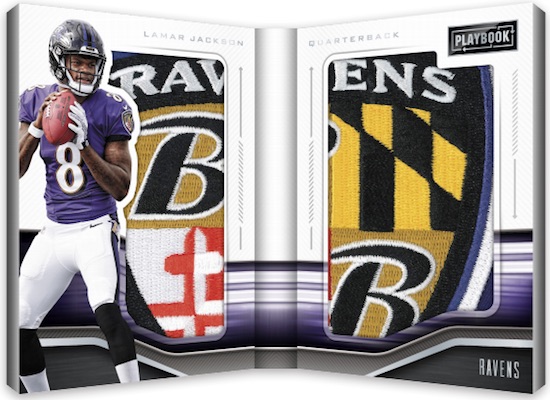 Featuring an impressive and eye-catching horizontal design, the massive Game of Inches makes good use of the acetate design and photography to incorporate two large pieces of memorabilia. These also have Gold (#/10 or less) and Premium (1 of 1) parallels. Debuting in 2018 Panini Playbook Football, Nexus Tri-Fold Jumbo Jerseys feature a team-based trio. Once again, parallels include Gold (#/10 or less) and Premium (1 of 1).

Lock in your presell price today! Boxes and cases are now up on our website for release on Wednesday, December 5th. 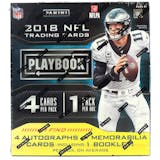 Dave and Adam's is one of the largest sellers of trading cards and collectibles in the world. Located just outside of Buffalo NY, the company operates two retail stores as well as the e-commerce website www.dacardworld.com
View all posts by Dave and Adam's Card World →
2018 Hit Parade Autographed Wrestling Three Count Edition Series One now available!
Upper Deck Series One Hockey RIP Party coming to our Buffalo area superstore on November 8th!