By Dave and Adam's Card World on May 5, 2015 in Panini, Sports Card News and New Products

2015 Score Football is a “bang for your buck” product if you are a collector that likes collecting large base sets, and not having to spend a lot of money to do it. The 2015 edition of Score Football comes jam packed with 400 base cards, including 100 rookies. Boxes will also come with one autograph or memorabilia card. 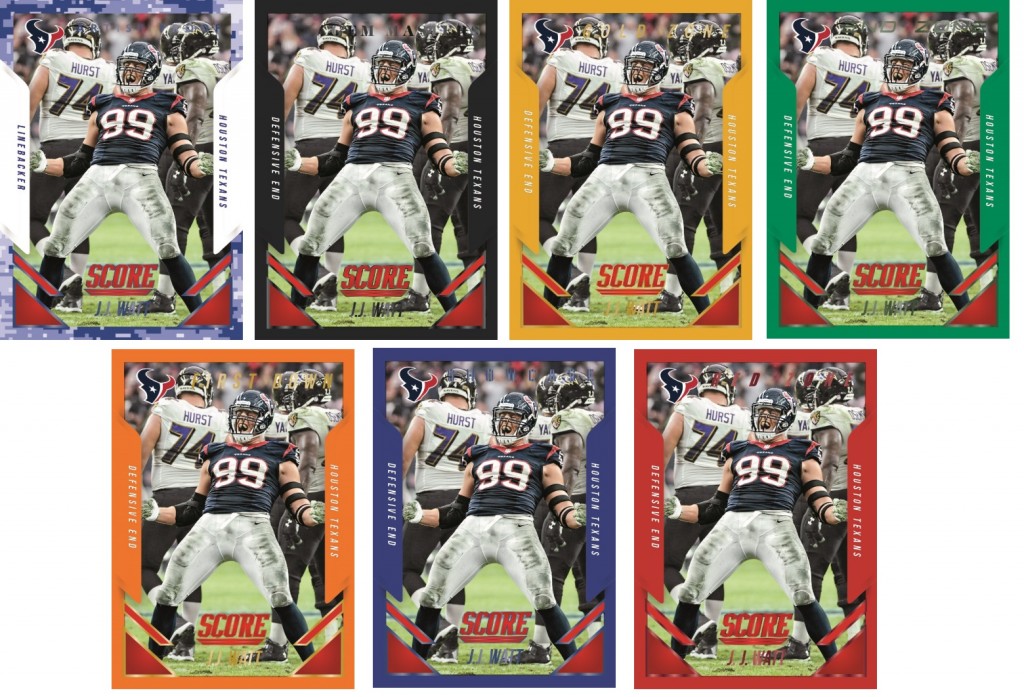 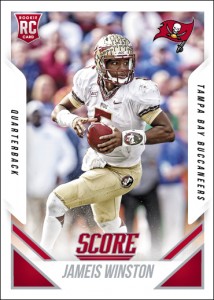 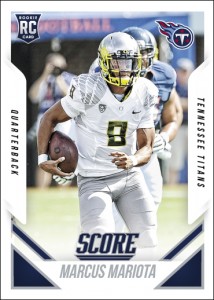 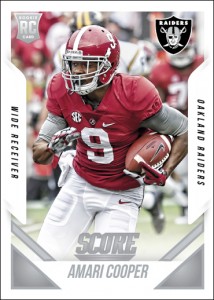 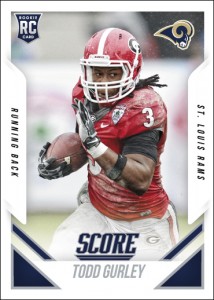 Rookie cards will land three per pack with images of players in their college uniforms. Thanks to Panini’s new college licensing agreements the image will include all the logos and trademarks of the player’s respective school. 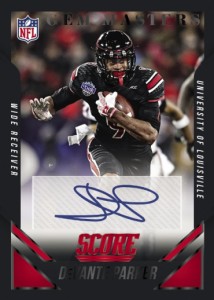 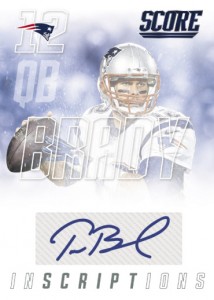 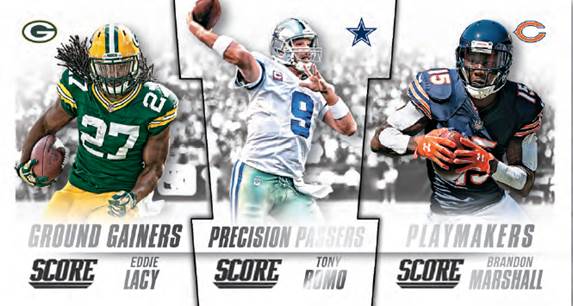 2015 Score Football has a unique set of die-cut of inserts. Ground Gainers (running backs), Precision Passers (quarterbacks) and Playmakers (wide receivers) die-cuts can be pieced together like a puzzle to form a three-player combination of top NFL stars. 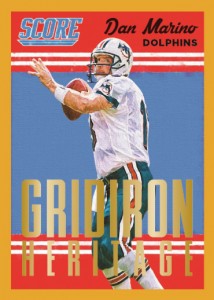 Retired greats of the game will be saluted with Gridiron Heritage inserts.

Dave and Adam's is one of the largest sellers of trading cards and collectibles in the world. Located just outside of Buffalo NY, the company operates two retail stores as well as the e-commerce website www.dacardworld.com
View all posts by Dave and Adam's Card World →
Topps to offer phenomenal cut auto booklets in 2015 Five Star Baseball
Dave & Adam’s Buying Team gets Crosby Cup Crazy at Toronto Expo