By Dave and Adam's Card World on December 18, 2015 in Panini, Sports Card News and New Products

One of the top products on the football release calendar, 2015 Panini National Treasures Football, always delivers some of the best looking hits of the season. Boxes will come with three autographs and three memorabilia hits plus two base cards (or parallels) numbered to 99 or less. 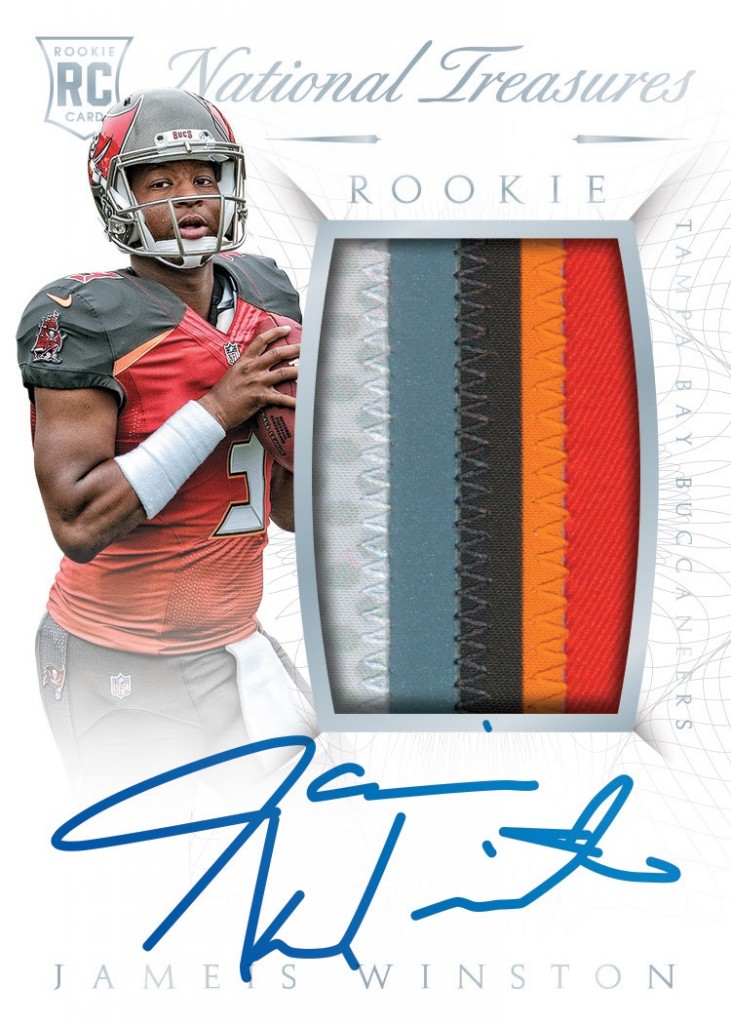 The top hit in National Treasures are the Rookie Autograph Patch cards numbered out of 99. With an exciting rookie class that includes Marcus Mariota, Jameis Winston and Todd Gurley these should be hot item with collectors and command top dollar on the secondary market. Rookie patch autos will have a familiar grouping of parallels versions that include laundry tags, Nike swoosh patches and one-of-one NFL shield logo patches. 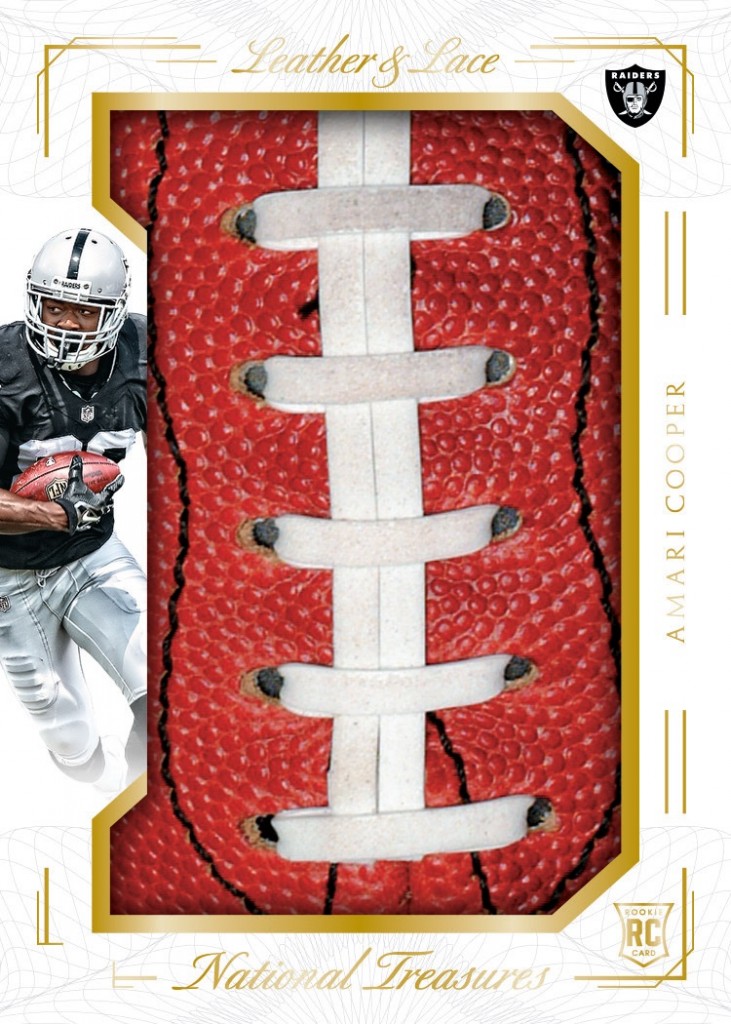 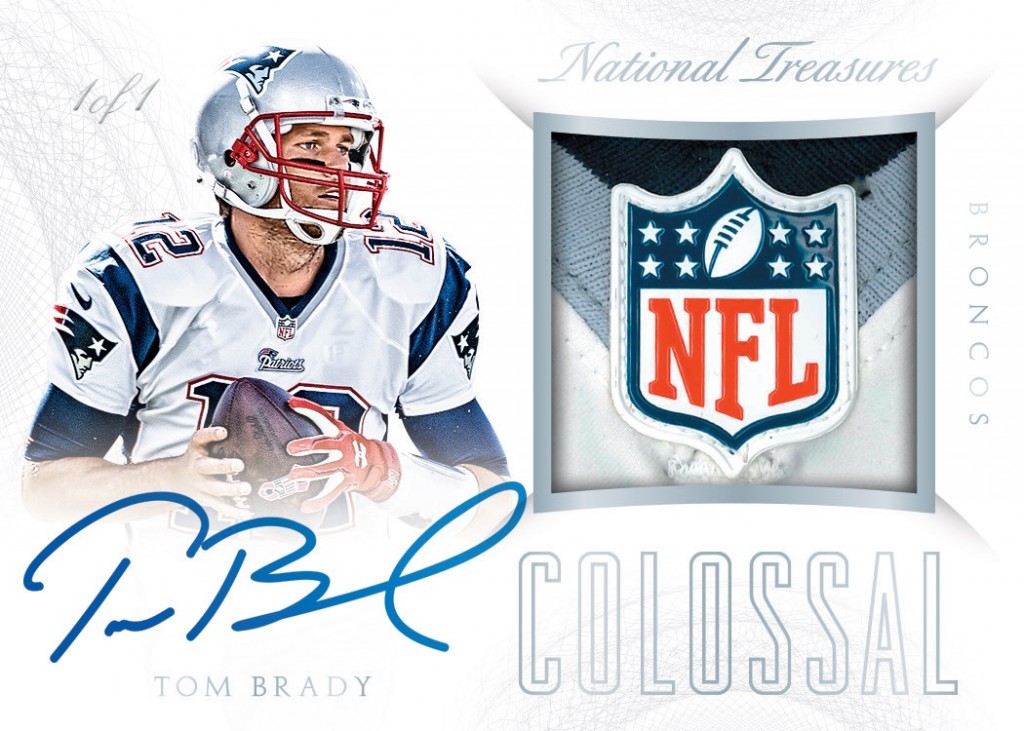 The most hit per card in NT will come from the Treasure Chest four-panel booklets. These will feature as many as 12 autos or 24 relic pieces per booklet.

Another booklet hit are Draft Treasures Signatures. These are numbered out of 25 and feature jersey relics and autographs from two rookie players. Prime patch parallels will be numbered to ten with Brand Logo patch versions numbered to just two plus one-of-one Laundry Tag and NFL Shield logo patch parallels. 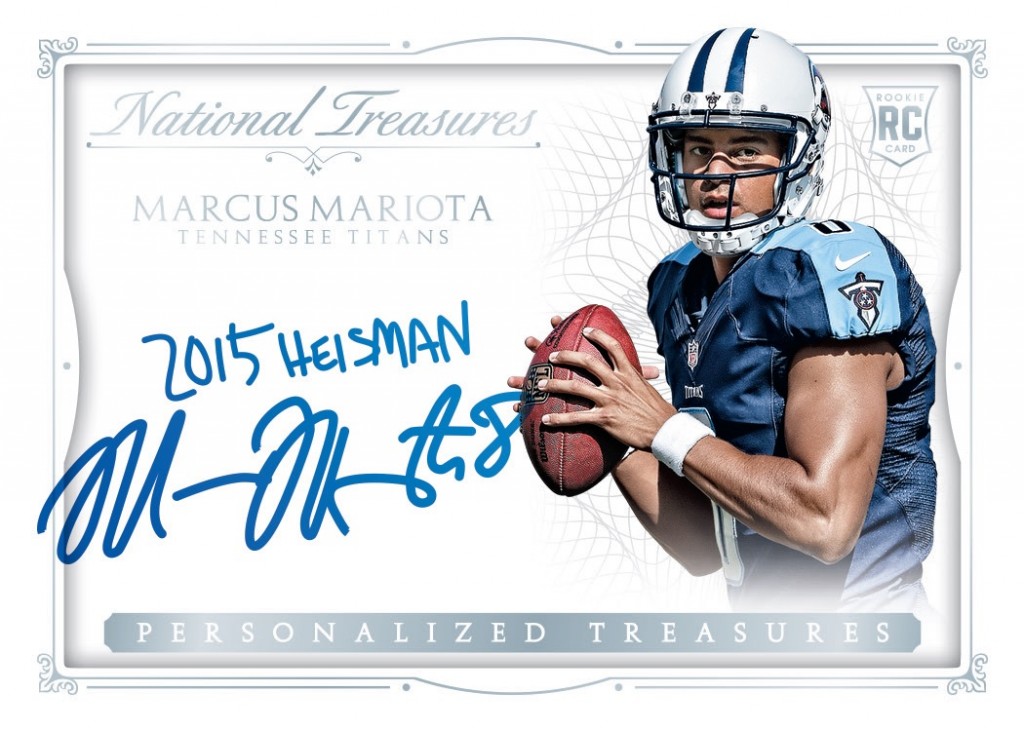 Personalized Treasures and Notable Nickname autographs feature unique inscriptions along with the player’s on-card signature. Base versions are numbered to 25 or less with Gold parallel numbered to five and one-of-one Platinum parallels. 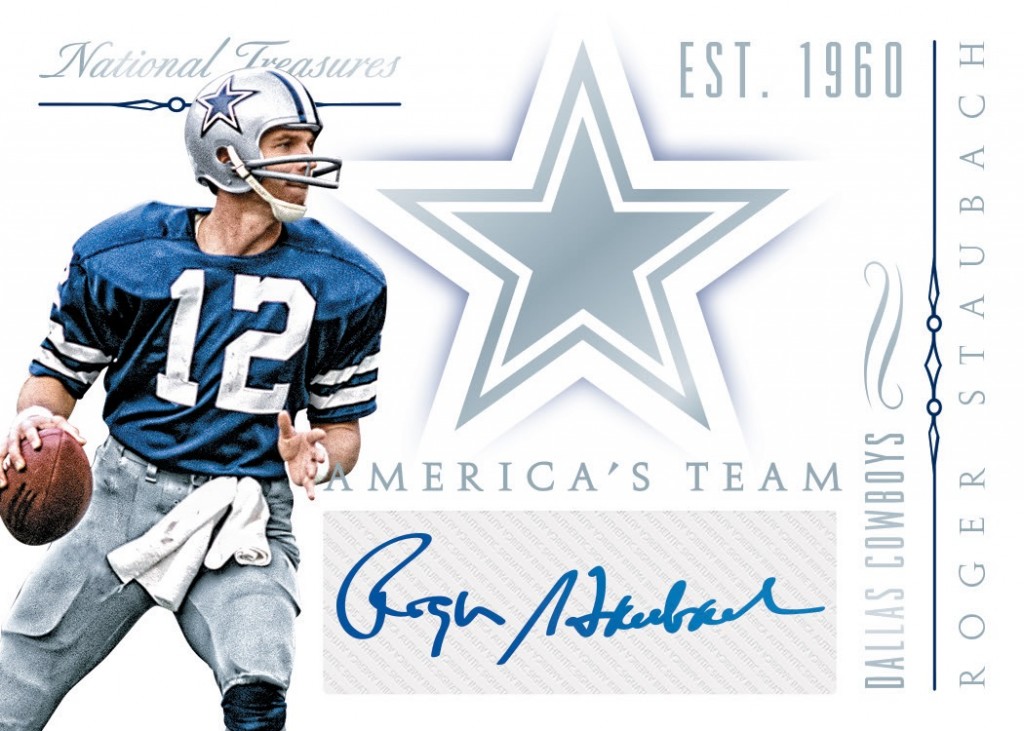 Last year’s National Treasure Football paid tribute to the great Packers/Bears rivalry with specials sets of autograph and memorabilia cards. For 2015, Panini will focus on the rivalry between the Steelers and Cowboys with Steel Curtain and America’s Team autos and memorabilia. 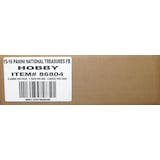