By Dave and Adam's Card World on November 4, 2015 in Panini, Sports Card News and New Products

First Panini brought the concept to Flawless, and now National Treasures will get a collegiate multi-sport release. 2015 Panini National Treasures College Multi-Sport will be latest product to take advantage of Panini’s college licenses to salute athletes from basketball, baseball and football. Boxes will contain eight cards with six autograph or memorabilia cards plus two base or parallel cards. 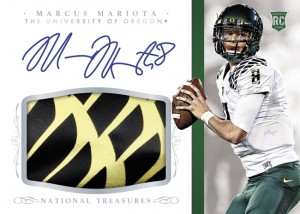 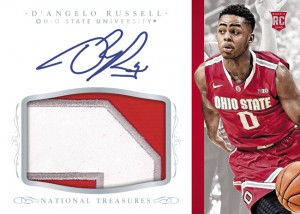 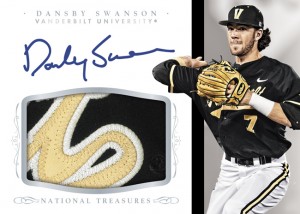 National Treasures is headlined by College Materials Signatures auto relics featuring rookie players from all three sports. These will be numbered to 99 or less and have one-of-one printing plates in four different colors. Many of these will have on-card signatures. 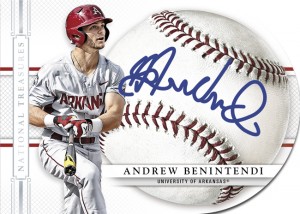 More rookie hits can be found in Combo Player Signature Booklets, which come with a player signature and jumbo-sized memorabilia piece. Signature Die-Cuts also showcases members from the 2015 rookie classes in all three sports. These have a distinct die-cut design and feature on-card signatures. 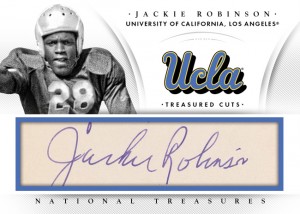 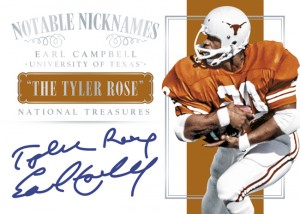 One of the more unique hits in the set will be National Treasured Cuts autographs. These will feature cut signatures from legendary athletes that play collegiate sports, including Jackie Robinson (as a football player with UCLA) and Sammy Baugh. Notable Nicknames will have inscribed signatures from players that memorable nicknames. 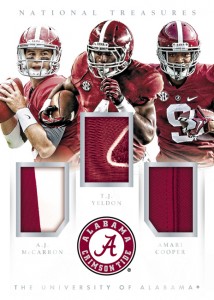 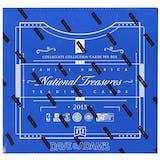 Dave and Adam's is one of the largest sellers of trading cards and collectibles in the world. Located just outside of Buffalo NY, the company operates two retail stores as well as the e-commerce website www.dacardworld.com
View all posts by Dave and Adam's Card World →
2015 Panini Contenders Baseball preview
Last Week in The Lounge – November 4