By Dave and Adam's Card World on June 23, 2015 in Panini, Sports Card News and New Products

In the spirit of Topps High Tek and Upper Deck Ice, Panini will offer their first product printed completely on acetate with 2015 Panini Clear Vision Football. This set will also be the first of one of the new NFL season to feature 2015 rookies in their team’s uniforms. Each six-pack box will come with an autograph or memorabilia card. 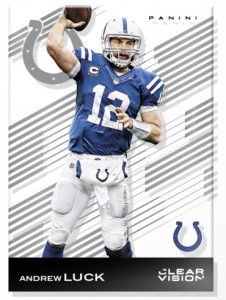 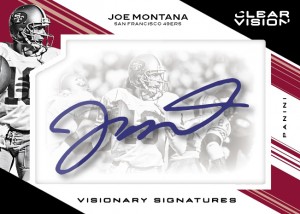 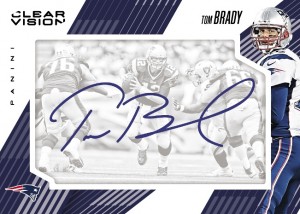 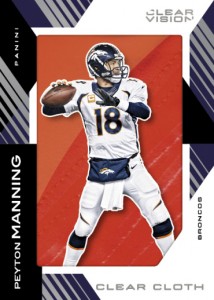 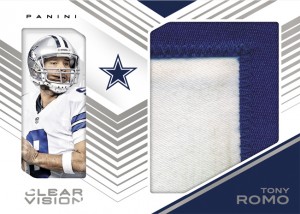 Memorabilia cards, including Clear Vision Jumbo Jersey and Clear Cloth Jersey, will be numbered to 99 or less. The relic pieces will likely stand out on the acetate cards along with the possibility of seeing the swatch on both sides of the card. 2015 Clear Vision will also have the first NFL shield cards of 2015 rookie players. 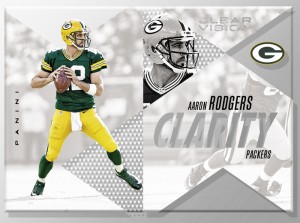 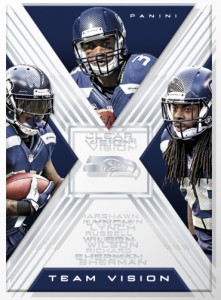 Clarity and Team Vision thick glass inserts will land one per box.

2015 Panini Clear Vision Football is due out in July.