By Dave and Adam's Card World on January 28, 2015 in Panini, Sports Card News and New Products

The Americana brand from Panini makes a return this April after a three year layoff. While the last release in 2012 focused on American heroes, such as presidents, astronauts and Olympic athletes, the 2015 edition will be mainly focused on celebrities from music, television and movies. Boxes will include a minimum of two autographs and a total of four auto or memorabilia cards. 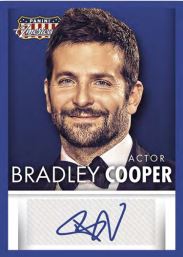 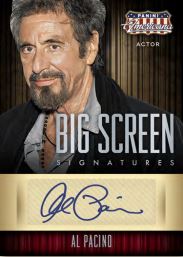 Relic cards come in several different forms. Jumbo Prime Materials offer large-sized or multiple swatches. Silver Screen Jumbo Materials feature relics from actors that appeared in films during the Golden Age of Hollywood, including Jimmy Stewart, Mickey Rooney and Bette Davis. Actors that appeared in the same movie or television show are grouped together on Co-Stars and Triple Co-Stars Materials on multi-relic cards. Freeze Frame have manufactured film pieces embedded in the card with an actor photo on them. 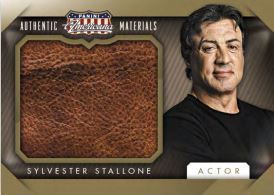 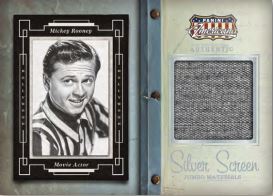 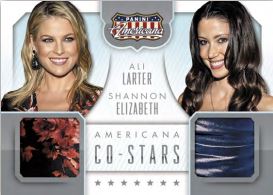 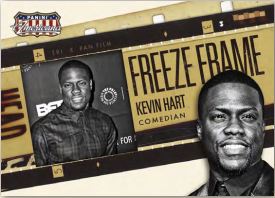 Stars of the small screen (television) are celebrated on die-cut On the Tube cards. Current and former TV stars are covered and there are autograph and memorabilia versions available. Famous musicians and musical acts can be found on Certified Singles and Certified Albums cards. 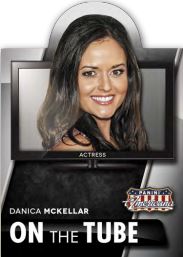 The entertainment world is not the only subject covered in 2015 Americana. Winner’s Circle showcases the sport of horse racing with famous jockeys and trainers, including Kentucky Derby winners. Look for autograph and memorabilia versions of Winner’s Circle cards. 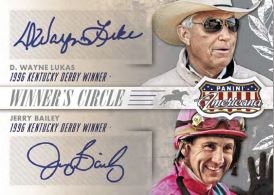 Dave and Adam's is one of the largest sellers of trading cards and collectibles in the world. Located just outside of Buffalo NY, the company operates two retail stores as well as the e-commerce website www.dacardworld.com
View all posts by Dave and Adam's Card World →
2014-15 Upper Deck Trilogy Hockey preview
#DACWPulls: Classic Signatures Bounty