By Dave and Adam's Card World on March 18, 2016 in Panini, Sports Card News and New Products

UPDATE (3/18): Panini has announced that 98% of the autographs in Revolution will be live, with the only exception being Blake Griffin. Every 16-box master case will have four autographs and two per 8-box inner case. Every case will have an autograph hit from either: Devin Booker. Kobe Bryant. Kevin Durant. Kyrie Irving. Jahlil Okafor, Chris Paul, Kristaps Porzingis, D’Angelo Russell, Karl-Anthony Towns or Andrew Wiggins. 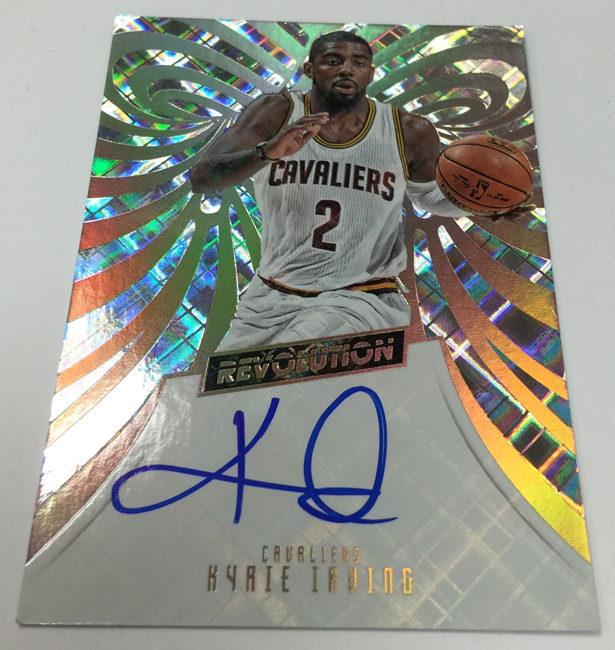 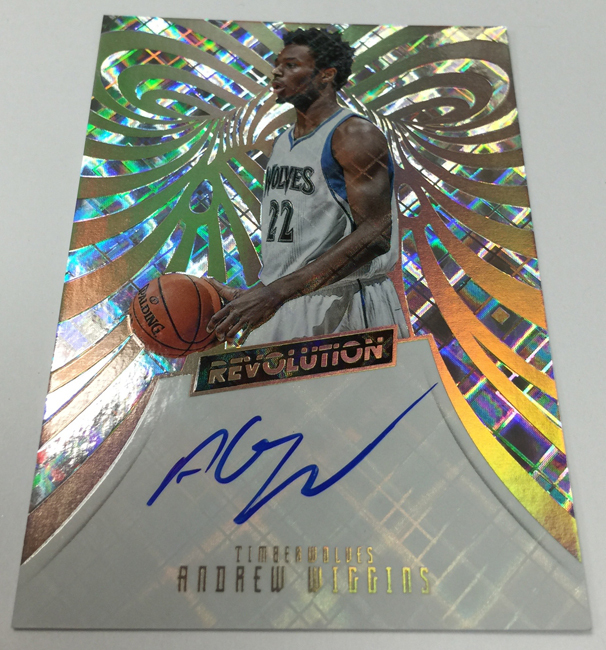 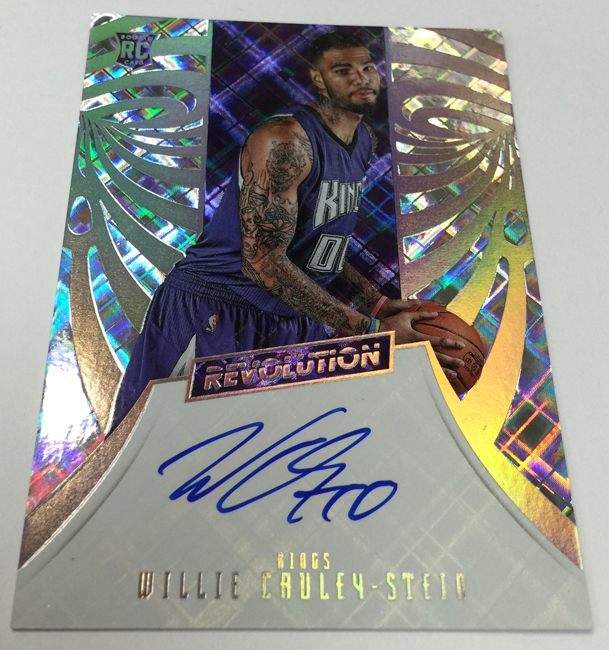 Panini is reviving the popular Revolution brand for their newest basketball release. Revolution made its debut for Pacific about 20 years ago with cards that featured wild foil designs. That look is similar for this new take on the brand with some eye-popping backgrounds printed on foilboard. Hobby boxes will hold the promise of one card numbered to 100 or less plus seven parallels, four rookies and three inserts. 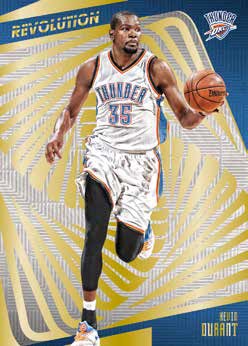 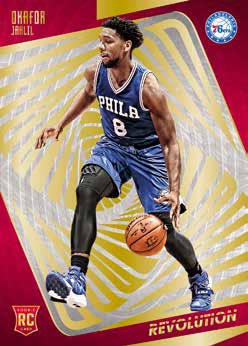 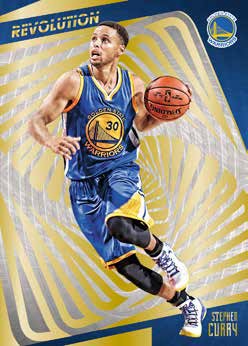 The base set for 2015-16 Panini Revolution Basketball features 150 total cards with 100 of those being veteran players along with 50 rookies. Parallel versions will feature different versions of the foil backgrounds and patterns. Boxes will contain either a Cosmic, Sunburst or Futura parallel that is numbered to 100 or less. A much rarer parallel will be the super short print Galactic parallels. 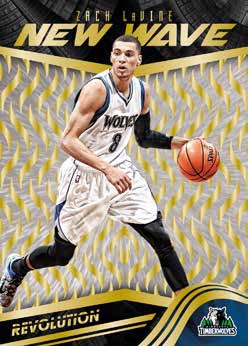 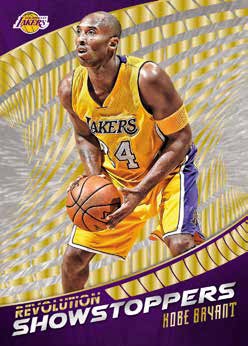 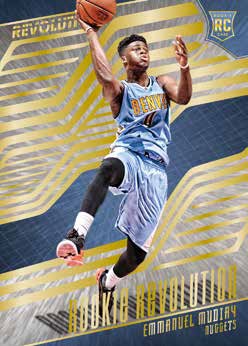 The various insert sets in Revolution will include New Wave, Showstoppers and Rookie Revolution. 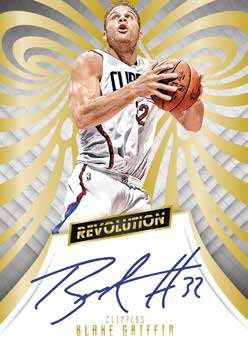 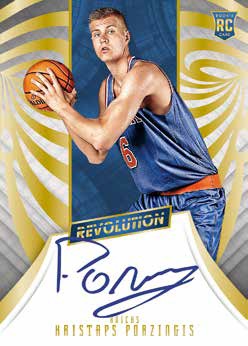 Autographs in Revolution will be special case hits. Signers include rookies, veteran and retired players. 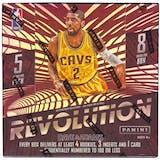 Dave and Adam's is one of the largest sellers of trading cards and collectibles in the world. Located just outside of Buffalo NY, the company operates two retail stores as well as the e-commerce website www.dacardworld.com
View all posts by Dave and Adam's Card World →
2016-17 Upper Deck MVP Hockey preview
2015-16 Panini Limited Basketball preview