By Dave and Adam's Card World on December 17, 2014 in Panini, Sports Card News and New Products

Panini is bringing the Immaculate brand to the gridiron this January for its first football release of the high-end product. 2014 Panini Immaculate Football comes with five autograph or memorabilia cards per box and every card is numbered to 99 or less. 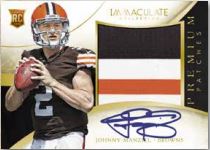 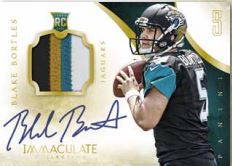 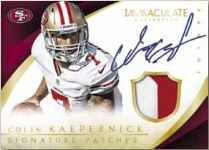 More memorabilia hits can be found with Immaculate Logos that come with large pieces of jersey/patch/logo. Rookie Helmet Team Logos include a piece of logo sticker straight off the helmet of a first-year player. Panini has included a unique and rare memorabilia with the Immaculate Fours NFL Shields cards. These one-of-one cards feature the NFL shield logos from four different player on the same card. 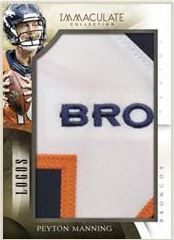 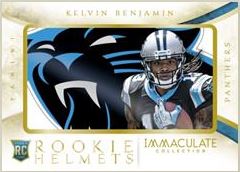 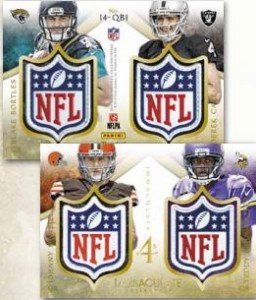 A number of the relic and auto relic cards have variations and parallels that include memorabilia pieces that range from gloves to jersey logos, laundry tags, Nike Swooshes, player hats and NFL shields.

2014 Panini Immaculate Football also has some stunning autograph cards that showcase some of the greats of the game both past and present. Champions autograph cards salute past Super Bowl winners that are numbered to the amount of titles are player won during his career. Pro Bowl Selections are short printed cards that feature player images from the NFL’s annual all-star game. Cards are numbered to the amount of Pro Bowl appearances a player made. Immaculate Moments commemorate great moments in NFL history and are numbered to just 25. 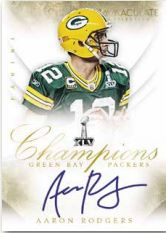 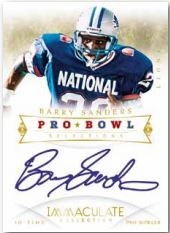 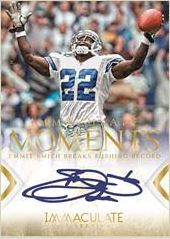 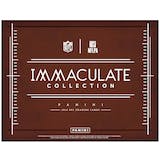 Dave and Adam's is one of the largest sellers of trading cards and collectibles in the world. Located just outside of Buffalo NY, the company operates two retail stores as well as the e-commerce website www.dacardworld.com
View all posts by Dave and Adam's Card World →
2014 Topps Strata Football preview
2015 In The Game/Leaf Metal Hockey preview