By Dave and Adam's Card World on October 6, 2014 in Panini, Sports Card News and New Products

Panini’s annual tribute to the all-time greats of our nation’s pastime comes out this Wednesday (October 8) with 2014 Panini Hall of Fame 75th Year Anniversary Baseball. Each box comes with one pack containing 12 cards. You’ll find two hall of fame autograph cards in every box.

Every player included in the base card set will have three unique versions with each numbered to 75. Base cards will also have five levels of parallels with each one numbered to 50 or less. 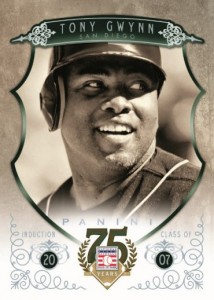 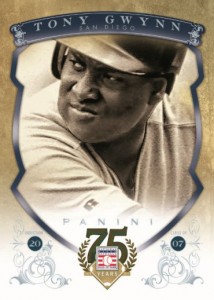 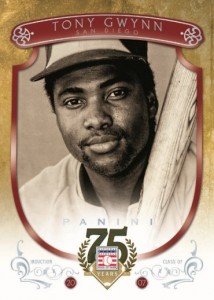 Panini brings back the classic Diamond Kings insert set featuring 100 players showcased on Canvas stock. Diamond Kings have their own five levels of parallels numbered to 75 or less. 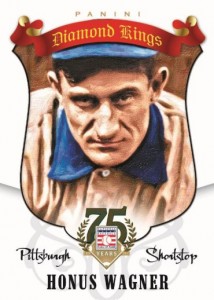 HoF Baseball also features plenty of autograph cards. HoF Cut Signatures come one per case and have cut autographs from some of the biggest names to play the game, including Ty Cobb, Dizzy Dean, Honus Wagner, Jackie Robinson, Roberto Clemente, Joe DiMaggio and Stan Musial. HoF Signatures feature on-card autographs of living members of the Baseball Hall of Fame. This year’s Panini has included five levels of parallels for this set all of which are numbered to 50 or less. You’ll find two autographs from Hall of Famers in HoF Dual Signatures. 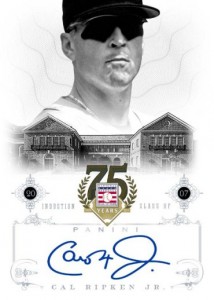 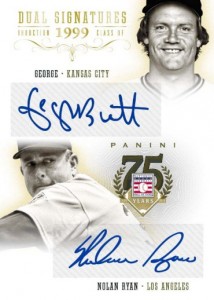 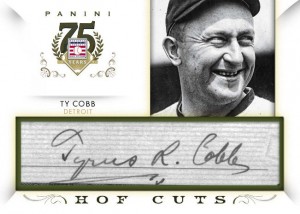 Panini has included its iconic Crusade cards in this year’s Hall of Fame set. Crusade cards have six levels of parallels numbered to 75 or less including die-cut Orange, Green, Gold and Black parallels. 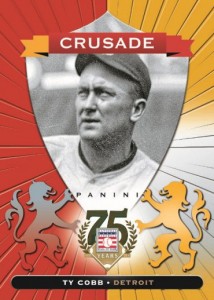 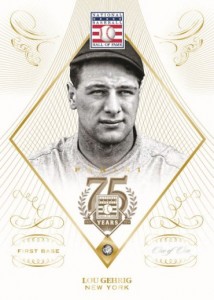 There are over 500 buyback cards also inserted into packs featuring on-card autographs of legendary players.

Dave and Adam's is one of the largest sellers of trading cards and collectibles in the world. Located just outside of Buffalo NY, the company operates two retail stores as well as the e-commerce website www.dacardworld.com
View all posts by Dave and Adam's Card World →
Dave & Adam’s offering rare, autographed The Walking Dead comics
2014 Topps Supreme Football Preview