By Dave and Adam's Card World on October 20, 2014 in Panini, Sports Card News and New Products

2014 Panini Crown Royale Football is set to come out on November 26 with the familiar die-cut base cards and design details found in previous Crown Royale releases. Panini promises one autograph or memorabilia card per pack for a total of four per hobby box.

The base set once again features die-cut cards with an all-new design for 2014. Silhouettes feature both autograph and memorabilia cards. Rookie Silhouette Autos take 40 of the top NFL rookies and combine their on-card signature with a jersey swatch. These come with four levels of parallels: Gold (#’d to 49 or less), Purple (#’d to 25 or less), Green (#’d to five) and Blue (#’d to one). Veteran and retired players are also showcased with Silhouette autograph jersey cards. Jumbo Silhouettes feature jumbo-sized jersey pieces. Rookie Dual Silhouettes pair up players with two jersey swatches per card. 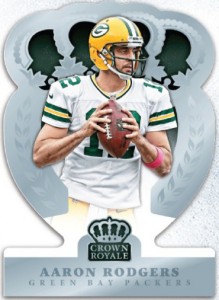 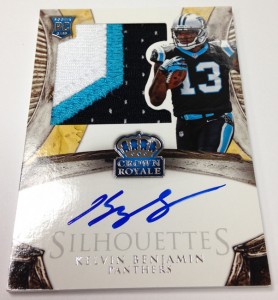 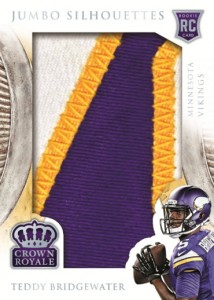 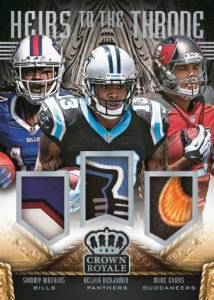 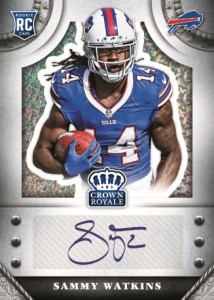 One card that caught my attention was featured in a early set preview on Panini’s blog. It was a Brett Favre Packers Silhouette card complete with a piece of Lambeau Field patch. The white space is reserved for the autograph, which Favre will add later in the production cycle. 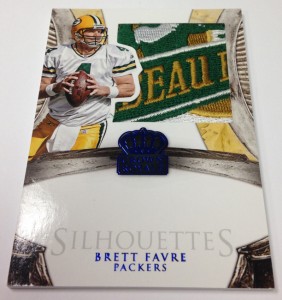 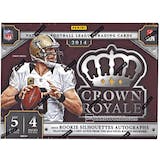 Dave and Adam's is one of the largest sellers of trading cards and collectibles in the world. Located just outside of Buffalo NY, the company operates two retail stores as well as the e-commerce website www.dacardworld.com
View all posts by Dave and Adam's Card World →
Upper Deck signs exclusive trading card deal with Euroleague Basketball
Final batch of MacKinnon rookies to be released in 2013-14 The Cup Hockey