By Dave and Adam's Card World on June 15, 2015 in Panini, Sports Card News and New Products

Panini Preferred Basketball returns just as the 2014-15 NBA season wraps up with a fresh batch of stunning autograph and booklet cards. Boxes will contain three autographs numbered to 99 or less plus a memorabilia booklet. 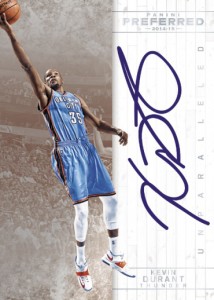 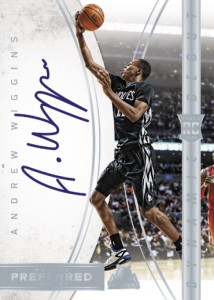 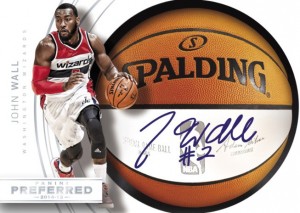 2014-15 Panini Preferred debuts three new series of autograph cards. Unparalleled showcases the top veteran players (no word if there’s parallel versions of Unparalleled cards hehe) while Dynamic Debut feature the signatures of rookie players. Roundball Signature are die-cuts that have the player signature on the image of an NBA basketball.

Additional autograph content can be found in Crown Royal and Panini Signatures cards.

Booklet cards plentiful in Preferred, including Rookie Jumbo booklets that have jumbo-sized jersey swatches. Champs are multi-relic booklet that highlight players that have won NBA Championship during their career. Swish carry a similar multi-relic design, but use an image of a player making a jump shot that stretches the entire length of the card. Trending Upward are multi-player booklets featuring relics swatches from multiple members of the 2014-15 NBA rookie class. 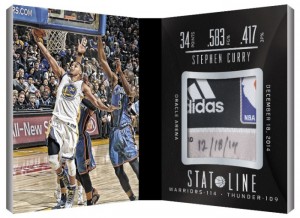 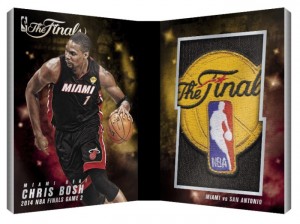 Stat Line Memorabilia use a game specific relic piece with the players stats from that game included on the cards. 2014 NBA Finals jersey cards use uniforms that worn during Game 2 of last year’s NBA Finals between the Heat and Spurs. Look for one-of-one NBA Finals logo patch parallels. 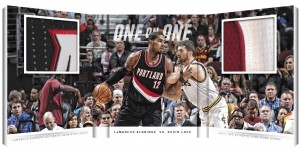 The most eye catching of all the new cards in Preferred are the VS: 1 on 1 booklets. These hold jumbo-sized swatches from two different players with an image of the two players squaring off during a game. The picture stretches across all three panels of the card. 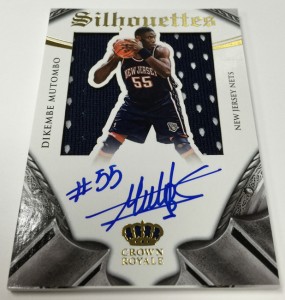 Silhouettes jersey autograph cards will once again appear in Panini Preferred. Patch parallel versions will be available and are numbered to 25 or less.

Dave and Adam's is one of the largest sellers of trading cards and collectibles in the world. Located just outside of Buffalo NY, the company operates two retail stores as well as the e-commerce website www.dacardworld.com
View all posts by Dave and Adam's Card World →
2015 Bowman’s Best Baseball preview
2015-16 Upper Deck Buybacks Hockey preview