By Dave and Adam's Card World on December 9, 2014 in Panini, Sports Card News and New Products

2014-15 Panini Paramount Basketball is a brand new hoops release that may or may not have borrowed its name from an old Pacific brand from the late 90’s. What we do know is that Panini has brought the classic Dufex foil technology with this set that gives the cards a sharp sunburst effect. Each nine-card box of Panini Paramount comes with three autograph cards, one memorabilia cards and five limited edition Dufex cards.

The base set is broken down into 25 Base Dufex veteran/legends cards and 25 Base Dufex Rookies. All 50 cards have three levels of parallels: Bronze (#’d to 50), Blue (#’d to 25) and Gold (#’d to 10). The 50 players in the base set also have a short printed variation that are numbered to 25. Short prints fall one per case. 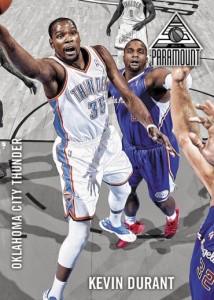 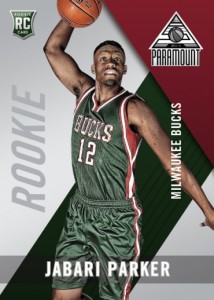 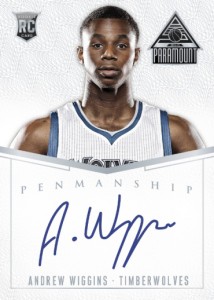 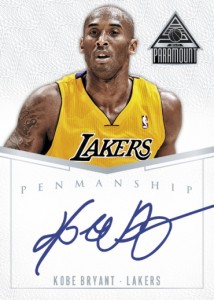 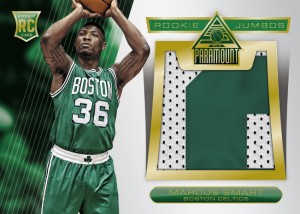 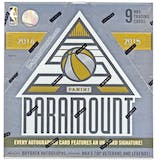 Dave and Adam's is one of the largest sellers of trading cards and collectibles in the world. Located just outside of Buffalo NY, the company operates two retail stores as well as the e-commerce website www.dacardworld.com
View all posts by Dave and Adam's Card World →
2014 Panini Contenders Football preview
Friday Night Magic recap for December 5