By Dave and Adam's Card World on December 16, 2015 in Panini, Sports Card News and New Products

Panini has certainly raised the bar for high-end basketball releases. 2014-15 Panini Eminence Basketball takes the category to a whole new level with seven hits per box and each one numbered to ten or less.

The most unique feature of Eminence are cards that contain an ounce of either platinum, silver or gold. The pieces of precious metal are are embossed with either the Eminence logo, NBA logo or an image of the Larry O’Brien Championship Trophy. 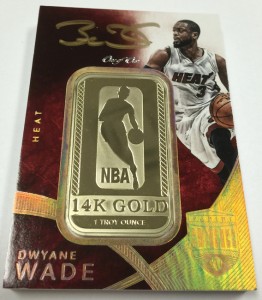 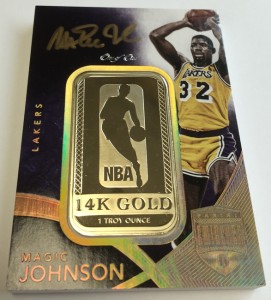 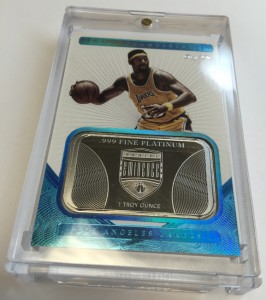 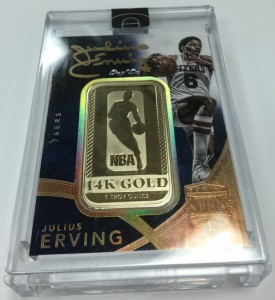 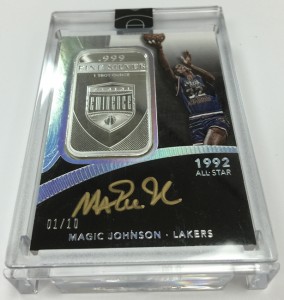 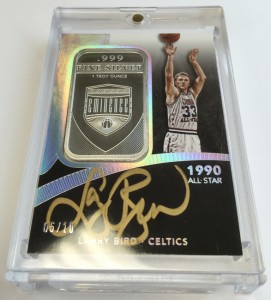 Additional hits include autographs, relic autos with a jersey or patch swatch and jumbo-sized relics. 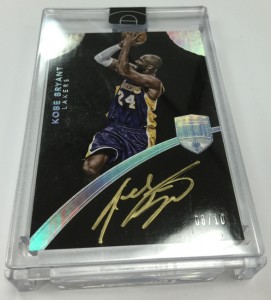 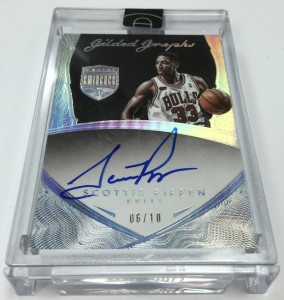 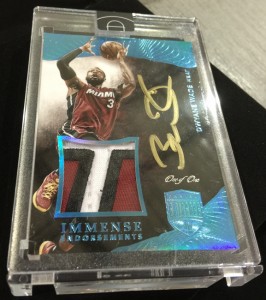 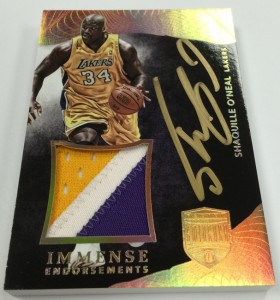 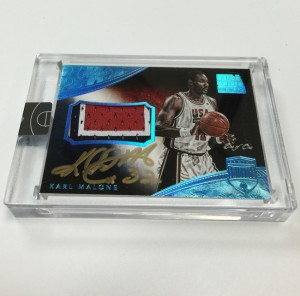 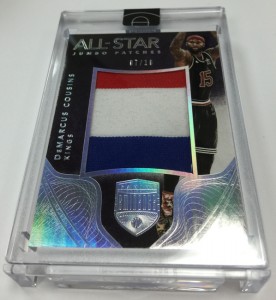 2014-15 Panini Eminence also sports an eclectic checklist of one-of-one cut autographs. The list of signatures in Eminence not only includes legends from the sports world, but also presidents and other celebrities. It might be the greatest collection of cut signatures ever assembled for a trading card product. 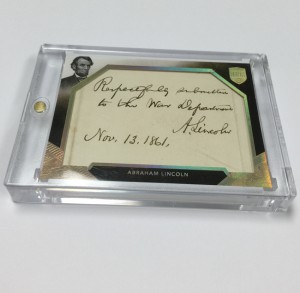 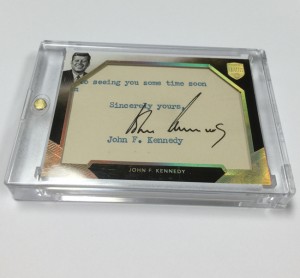 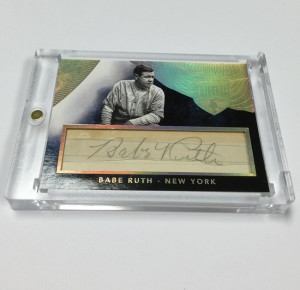 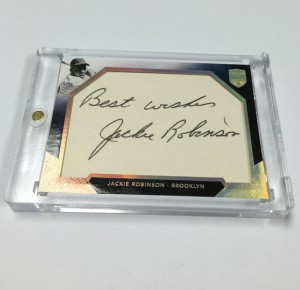 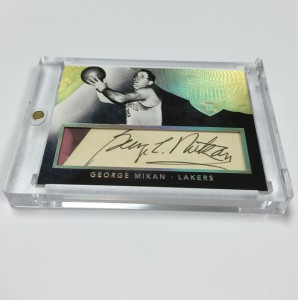 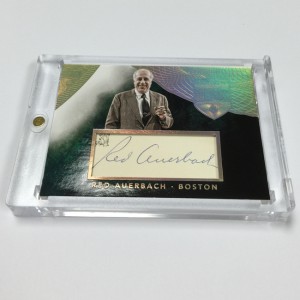 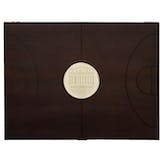 Dave and Adam's is one of the largest sellers of trading cards and collectibles in the world. Located just outside of Buffalo NY, the company operates two retail stores as well as the e-commerce website www.dacardworld.com
View all posts by Dave and Adam's Card World →
What’s Up in The Lounge – December 16
2016 Topps Stadium Club Baseball preview