It’s that time spooky time of year again and we are thrilled to announce the latest addition to our exclusive Hit Parade Graded Comic product line – 2018 Hit Parade Graded Comic Horror Movies Edition Series One! Inside each box will be one CGC graded comic book (with a Universal Grade – No Restorations!) featuring key issues from some of cinema’s scariest franchises! If you like things that go bump in the night every box will give you goosebumps and make your hair stand up! 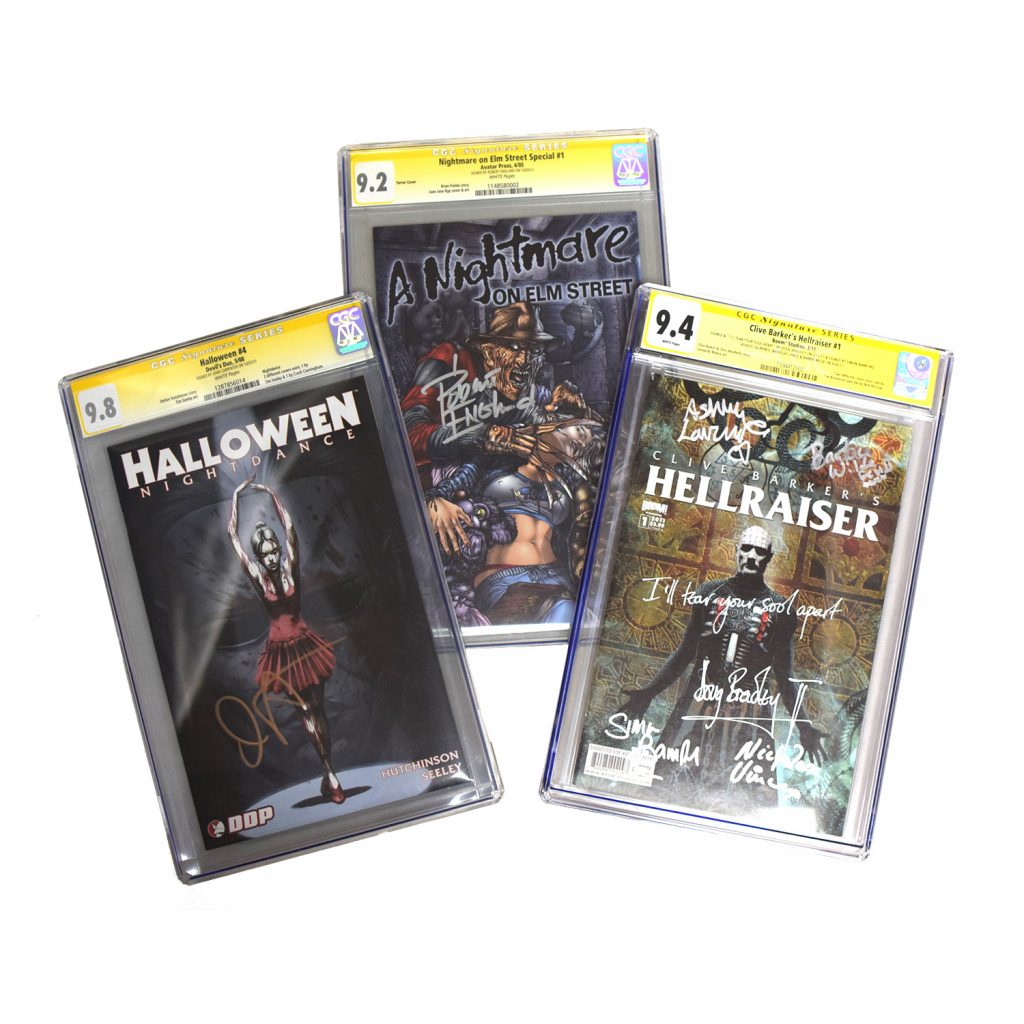 This first series is full of some of the most popular franchises in horror movie history including A Nightmare on Elm Street, Friday the 13th, Night of the Living Dead, 30 Days of Night, Halloween, Child’s Play, and more! Series One is also loaded with signature series comic books, there are a total of 10 autographed by some of the biggest horror icons ever. The autographed comic books include two of the biggest horror movie directors of all time – John Carpenter and George A. Romero! Carpenter created and directed Halloween (1978) as well as Christine, The Fog and The Thing while Romero is known as the godfather of the Zombie, he is responsible for the three most influential zombie movies of all time Night of the Living Dead (1968), Dawn of the Dead (1978), and Day of the Dead (1985) collectively called the Dead Trilogy. Unfortunately George passed away in the summer of 2017 so his autographed comic books are becoming increasingly difficult to find. Aside from the directors there are also a bunch of big name celebrities that starred in horror movies. Many might not be aware that superstar actor Paul Rudd (Marvel’s Ant-Man) actually caught his big break in a horror movie. One of his first roles was in Halloween: The Curse of Michael Myers, he has signed a few Halloween comic books and Hit Parade has them in this first series! There is even Freddy Kruger himself Robert Englund, Pinhead Doug Bradley and Sid Hag who played Captain Spalding to name a few more!

Here are some of the big hits in Series One: 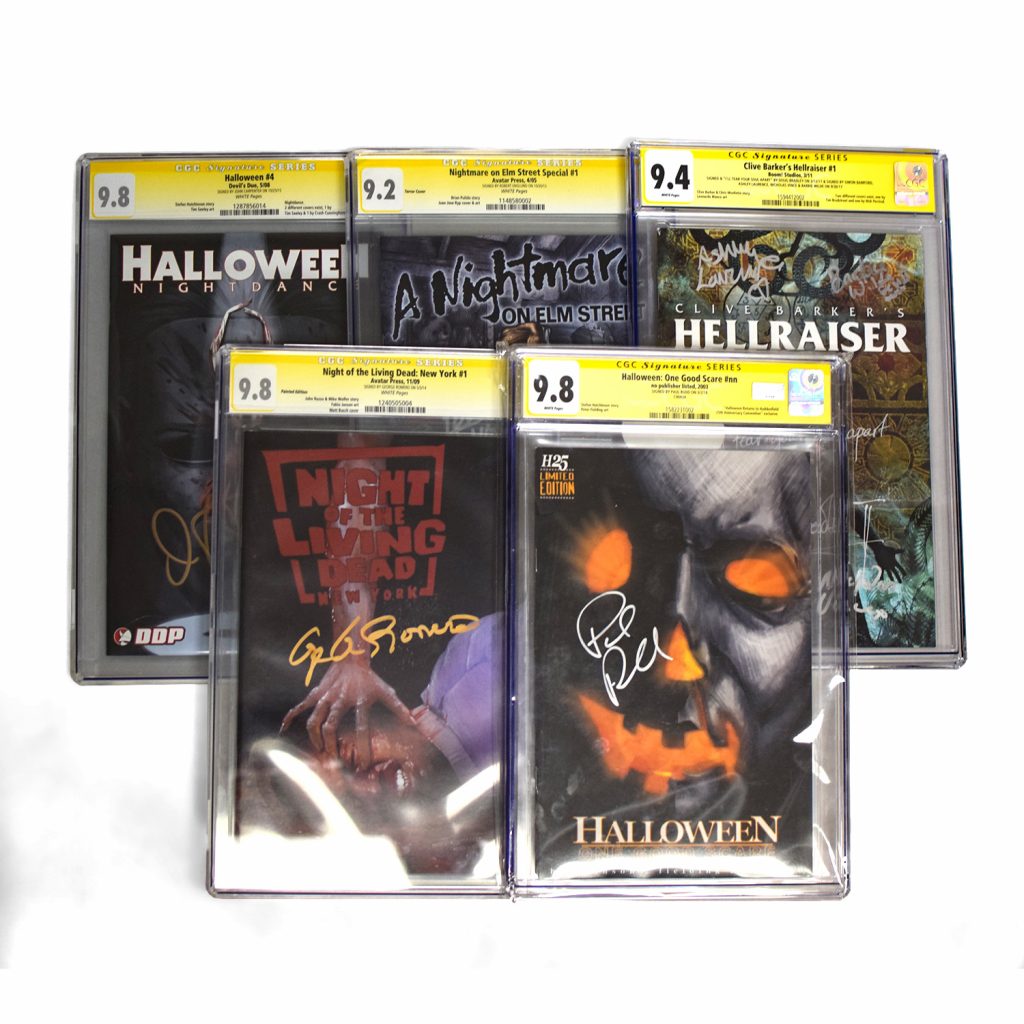 Ourselves and our friends at Hit Parade are excited to bring this brand new product to you before Halloween! If you are a fan of horror movies and/or scary comics this is a can’t miss product for you! Plus there are only 100 total boxes in this inaugural series making your odds of pulling a key issue even better and with the big hits falling 1 out of every 10 boxes your chances of getting a signature series book are greater than ever! The Hit Parade Graded Comic Horror Movies Edition Series One hobby boxes are currently up for presell and releases on Friday, October 26th!

Dave and Adam's is one of the largest sellers of trading cards and collectibles in the world. Located just outside of Buffalo NY, the company operates two retail stores as well as the e-commerce website www.dacardworld.com
View all posts by Dave and Adam's Card World →
DACW Live – The Best Box Break Hits of the Week 10/8 – 10/14
2018/19 Upper Deck Series Two Hockey available for pre-order, releases February!