Fossils Have Been Discovered at Upper Deck

By Dave and Adam's Card World on January 16, 2009 in New Releases, Upper Deck

Upper Deck will “unearth” a variety of dinosaur and prehistoric creatures’ fossils to include in the 2008-09 Champ’s Hockey set. 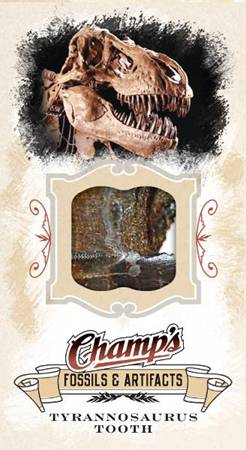 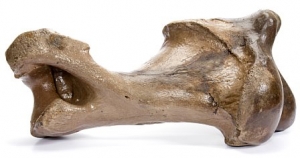 They are now being cut so they can be placed into the cards. The larger bones, from creatures like the Woolly Mammoth and Woolly Rhinoceros, will probably make at least 100 cards, but any cards that feature teeth will be much rarer.

“We didn’t want to ruin the feeling that you were actually getting a tooth by cutting them up too much,â€ said Matt Bromley, Upper Deck’s associate hockey brand manager. “But they were too thick to just include them whole. We moved ahead with cutting them vertically in half so now there will be two copies for each of these unique cards.â€

Tooth cards will be made of dinosaurs like the Spinosaurus, Pterosaur and the Tyrannosaurus Rex.

“The 2008-09 Champ’s Hockey product is a perfect vessel to deliver something truly unique like this to the hobby,â€ said Josh Zusman, Upper Deck hockey brand manager. “When we saw these pieces coming in, everybody was in awe. The inclusion of these cards in this hockey release helps bring the Ice Age to the ice.â€