Summer is winding down (along with the temperature!) which means the Fall season and the Holidays are around the corner! The last couple of years the unofficial start to the Fall/Holiday movie season has begun with Force Friday and it’s back again for 2017 with Star Wars Force Friday II!

This year’s event is going back to the Force Friday naming (previously – 2015 Force Friday & 2016 Rogue Friday) and Dave & Adam’s will have you covered all weekend long with the latest Star Wars action figures, toys and collectibles from the December 15th releasing Episode VIII – The Last Jedi film! With all the new products being released a couple of months before the movie debuts it’s a whetting of the appetite and a tease of the heart at the same time for die-hard Star Wars fans!

Hasbro debuts their first ever Luke Skywalker’s from the sequel trilogy in a variety of different formats (3.75 and 6 in. Black Series)! 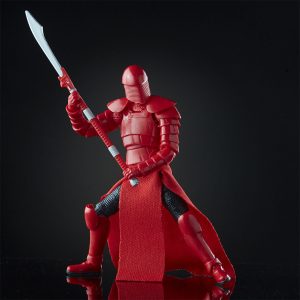 Some of the other 3.75 in. figures to collect also include everyone’s favorite protocol droid C-3PO, Chewbacca with a mysterious and adorable Porg creature, and returning villain from the First Order – General Hux. Some new characters to watch out for include Paige and Rose, a Resistance Gunner and Resistance Tech, respectively. 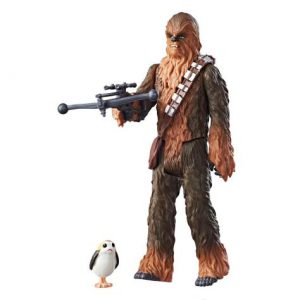 There are also 2-packs available featuring Han Solo & Boba Fett, with some cool looking flame effects for his gauntlets and from The Last Jedi – Rey (Jedi Training Gear) & a Praetorian Guard, who looks like an updated version of the classic Emperor’s Royal Guard!

Vehicles see the release of the new Canto Bight Police Speeder which will be featured in The Last Jedi, in addition to the return of a classic vehicle from the Original Trilogy, an A-Wing Fighter!

For the adult collector we will have seven new Black Series figures available including Darth Vader, Grand Admiral Thrawn, Luke Skywalker & Rey (as they appeared at the end of The Force Awakens), Kylo Ren, a Stormtrooper, and Hera Syndulla, from the Star Wars Rebels cartoon!

We will also have the first series of Funko Mystery Minis available as well! This just scratches the surface of the products being released for Star Wars: The Last Jedi! Be sure to stop by our Williamsville location tomorrow morning for the best selection and may the Force be with you!

Dave and Adam's is one of the largest sellers of trading cards and collectibles in the world. Located just outside of Buffalo NY, the company operates two retail stores as well as the e-commerce website www.dacardworld.com
View all posts by Dave and Adam's Card World →
Dave & Adam’s Gaming Team will be at the Magic The Gathering Grand Prix Washington DC this weekend!
Dave & Adam’s Comic Buying Team will be at Rose City Comic Con this week!