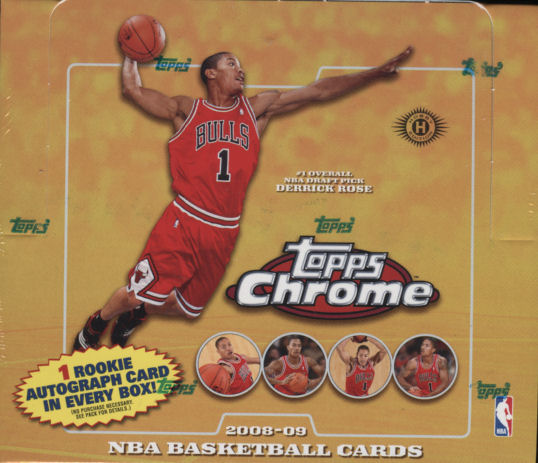 The Celtics and Bulls First Round NBA Playoff Matchup is full of young stars whose success on the court is upping basketball card product values. With the current 7 game series tied at 1-1 lets take a look at some of the top young stars:

Rose was unstoppable in the Bulls Game 1 upset, scoring 36 points and dishing out 11 assists. Rose has been hot since draft day, and has all kinds of great rookie cards in 2008/09 Basketball products

Rondo has definitely stepped it up this season and is a rising star in the Hobby. In game 2 he led the Celtics to a victory while getting a triple double. Rondo is strengthening the market for 2006/07 Basketball which has been driven by another star in this year’s playoffs, Brandon Roy.

After Rose leading the way for the Bulls in Game 1, Gordon took charge in game 2 pouring in 42 points. His 2004/05 Rookie Cards are on the rise. 2004/05 Basketball Products are even hotter with Gordon’s success, as Dwight Howard and Josh Smith also look to make a big impact in this year’s playoffs.

Thomas and Noah control the frontline for the Bulls, while “Big Baby” has had a lot more pressure on him with Kevin Garnett out of the lineup. These three players are all getting some national attention and in turn getting are getting more attention in the hobby.

So with the series tied at 1-1 which players do you think will have the biggest impact and the biggest rise in the hobby? And who do you have moving on, Bulls or Celtics?