By Dave and Adam's Card World on January 26, 2015 in Magic the Gathering

Hello everybody! It’s been quite some time since we last took a look at the goings on of our Friday Night Magic tournaments, and we’ve had many new winners and decks in that time. Why don’t we jump right in and take a look at what’s been doing well: 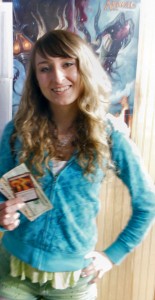 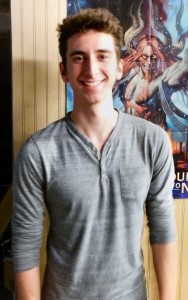 That’s quite a lot of information to go through. The big takeaway here is that Standard is a quickly evolving format, something that would have been unheard of in years past. We can see a list like Brittany Brown’s midrange-ish Mardu warriors deck, then have Scott Conway’s super low-to-the-ground Mono Red list do well the next, and then have Hunter Godding’s Sidisi-Whip deck do well after that. Wizards seems to have built an extremely deep format into Theros/Khans of Tarkir Standard, allowing for many more viable decks than in the past.

Modern, on the other hand, hasn’t changed a whole lot since Khans of Tarkir burst onto the scene and warped the format with the (now banned) Delve cards Dig Through Time and Treasure Cruise. Steven Browne took what was then the consensus best deck in the format, Blue/Red Delver to a 4-0 finish, running the full four of the sometimes-8-mana-usually-1-mana sorcery:

While Modern doesn’t change as quickly as Standard has been, that’s not to say there’s no room for improvement. Cale Fryer also went undefeated recently with a new take on a pillar of the format: 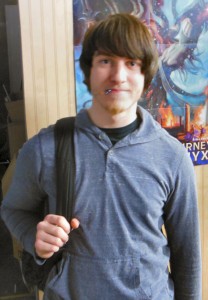 Cale was running what appeared to be a fairly stock Blue/White/Red control list, until you see the singleton Stormbreath Dragon hiding in there. Stormbreath is an interesting choice, and it makes sense for the format. With Path to Exile and Lightning Bolt being the go-to “unconditional” removal spells in the format, there are only a few non-white spells that would be able to remove the dragon from play. Along with the surprise factor, it seems like an interesting choice going forward. 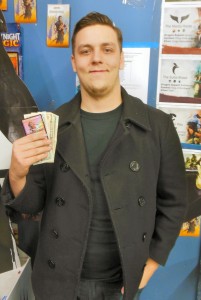 Zach went 4-0 with a mostly mono-Green Infect list. Infect is a popular archetype in Legacy at the moment, and it also does well for itself in Modern. With the right combination of creatures and pump spells, the deck is capable of killing an unprepared opponent out of nowhere.

What new innovations will we see from our players in the coming weeks? Will the banning of Treasure Cruise, Dig Through Time and Birthing Pod drastically change the Modern format? And what will Fate Reforged offer for all our offered formats? Find out for yourself every week at our Transit Road store at Buffalo’s largest Friday Night Magic tournament.

Dave and Adam's is one of the largest sellers of trading cards and collectibles in the world. Located just outside of Buffalo NY, the company operates two retail stores as well as the e-commerce website www.dacardworld.com
View all posts by Dave and Adam's Card World →
2015 Topps Series 2 Baseball preview
2014-15 Upper Deck Premier Hockey preview