By Dave and Adam's Card World on March 28, 2016 in Entertainment Card News and New Products, Leaf

The best “reality TV show” in America in 2016 might be the coverage of the 2016 Presidential election. With personalities that have giant egos saying outrageous things almost on a daily basis, it has become must see TV (and that’s just one candidate). Now the race for the White House has its own trading card set with Leaf Decision 2016.

Decision 2016 will feature 60 different political figures as part of the 110-base card set. The checklist for Decision 2016 appears to include the current crop of Presidential wannabes, current and former Presidents of the United States (but not the band) and other personalities connected to the race.

The biggest (and loudest, and most polarizing) person involved in the 2016 election process, Donald Drumpf, gets his own insert set with Drumpf Under Fire. These will cover some of the most controversial moments of The Donald’s campaign, and there’s plenty to choose from. Portraits chase cards provide an up close look at some of the candidates. White House Candidates Letters feature cards that spell out the last name of presidential contenders.

I support this message. 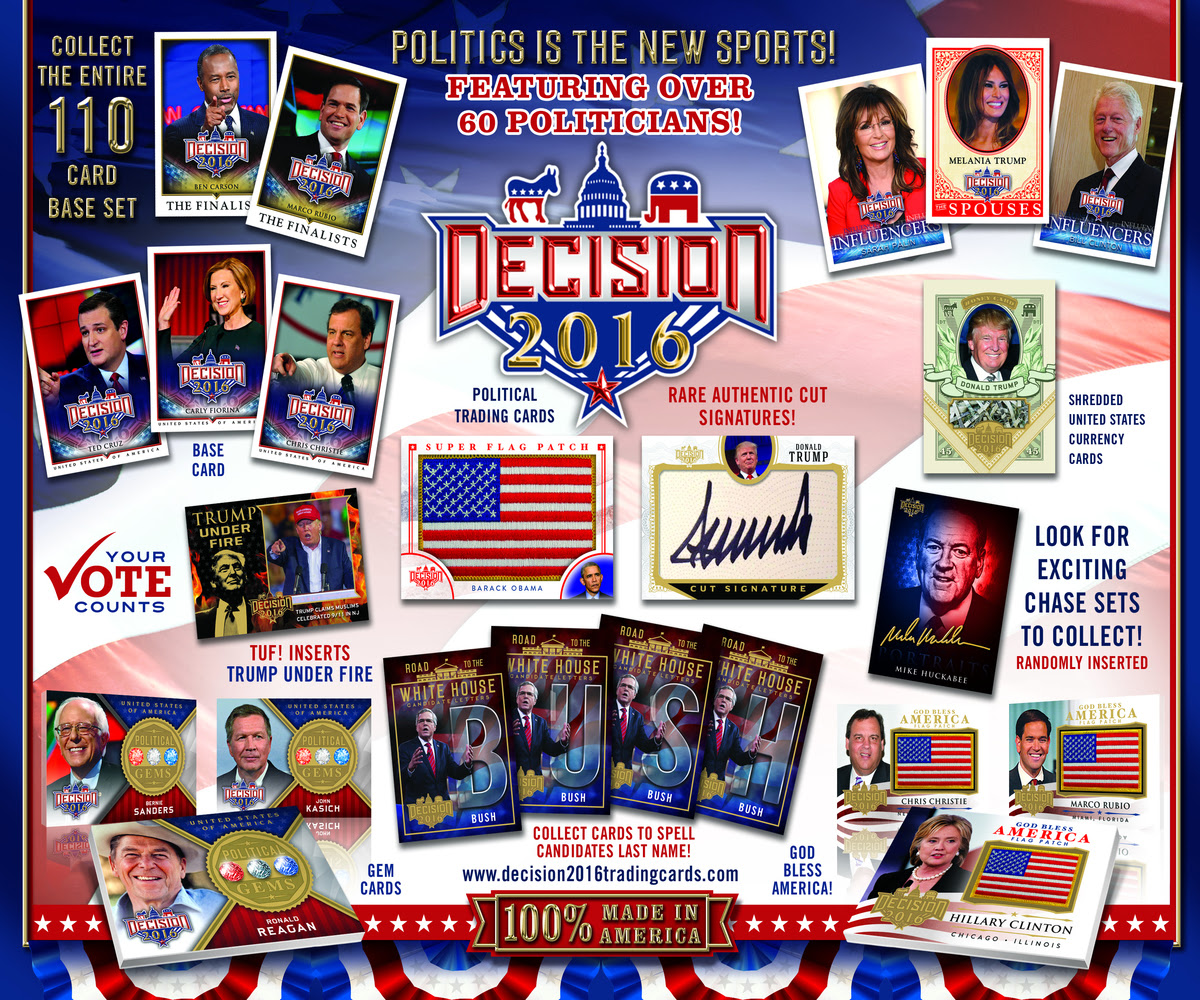 Dave and Adam's is one of the largest sellers of trading cards and collectibles in the world. Located just outside of Buffalo NY, the company operates two retail stores as well as the e-commerce website www.dacardworld.com
View all posts by Dave and Adam's Card World →
2016 Topps Star Wars Masterwork preview
Short printed base cards in Topps Star Wars: The Force Awakens Series 2 provide a challenge for set collectors