We are thrilled to announce the latest addition to our exclusive Hit Parade Graded Comic product line – 2018 Hit Parade Graded Comic The Incredible Hulk Edition Series One! Inside each box will be one CGC graded comic book (with a Universal Grade – No Restorations!) featuring key issues from The Incredible Hulk’s past! Look for first appearances from Wolverine, Rocket Raccoon, Missing Link, and many more! This product is loaded with legendary creators like Stan Lee, Jack Kirby, Len Wein, Herb Trimpe, Chris Claremont, Sal Buscema  and more! 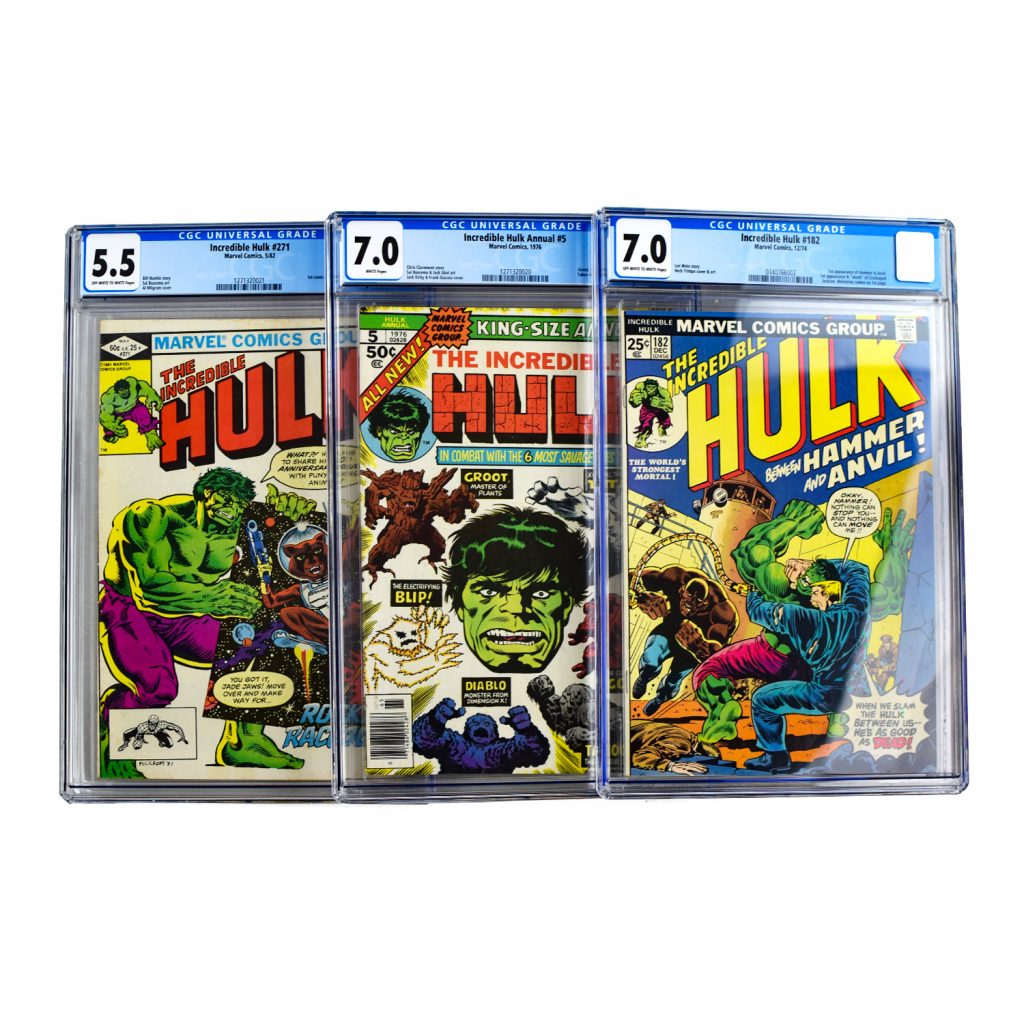 The Incredible Hulk was first published in 1962 and ran for six issues before it was unceremoniously cancelled. A year and a half later the Hulk became one of the feature stories in the Tales to Astonish comic (starting with issue #60). Beginning with issue #102 (April 1968) the book was re-titled The Incredible Hulk (Vol. 2) and ran until 1999, when Marvel canceled the series and restarted the title as Hulk #1. In this first series from Hit Parade Graded Comic, collectors can find some of the most popular first appearances including issue #181 (the first appearance of Wolverine!). This book has exploded in recent years on the secondary market and is now one of the most sought after comics in the industry. Also in Series one is a very rare high grade copy of issue #105 (CGC 9.8), which is one of two to be that grade. Here are some of the other HITS that can be found: 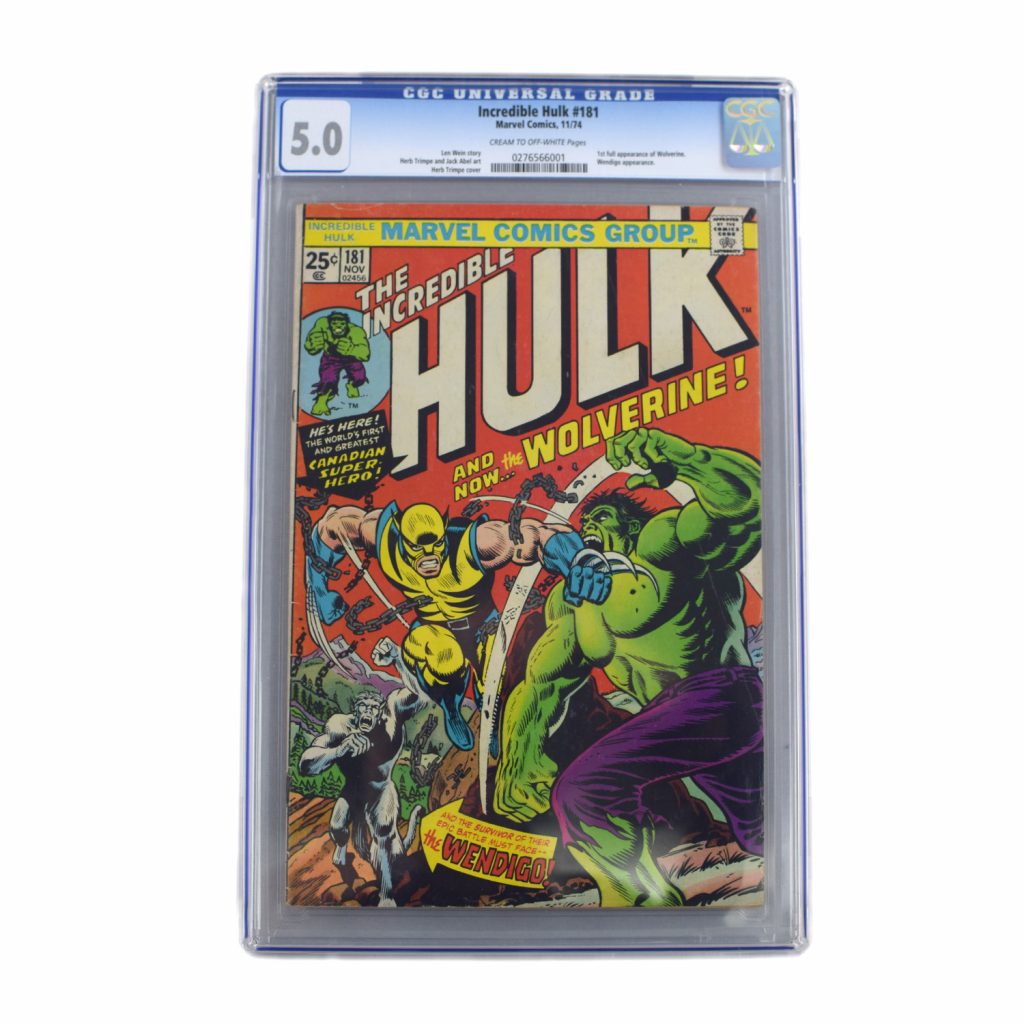 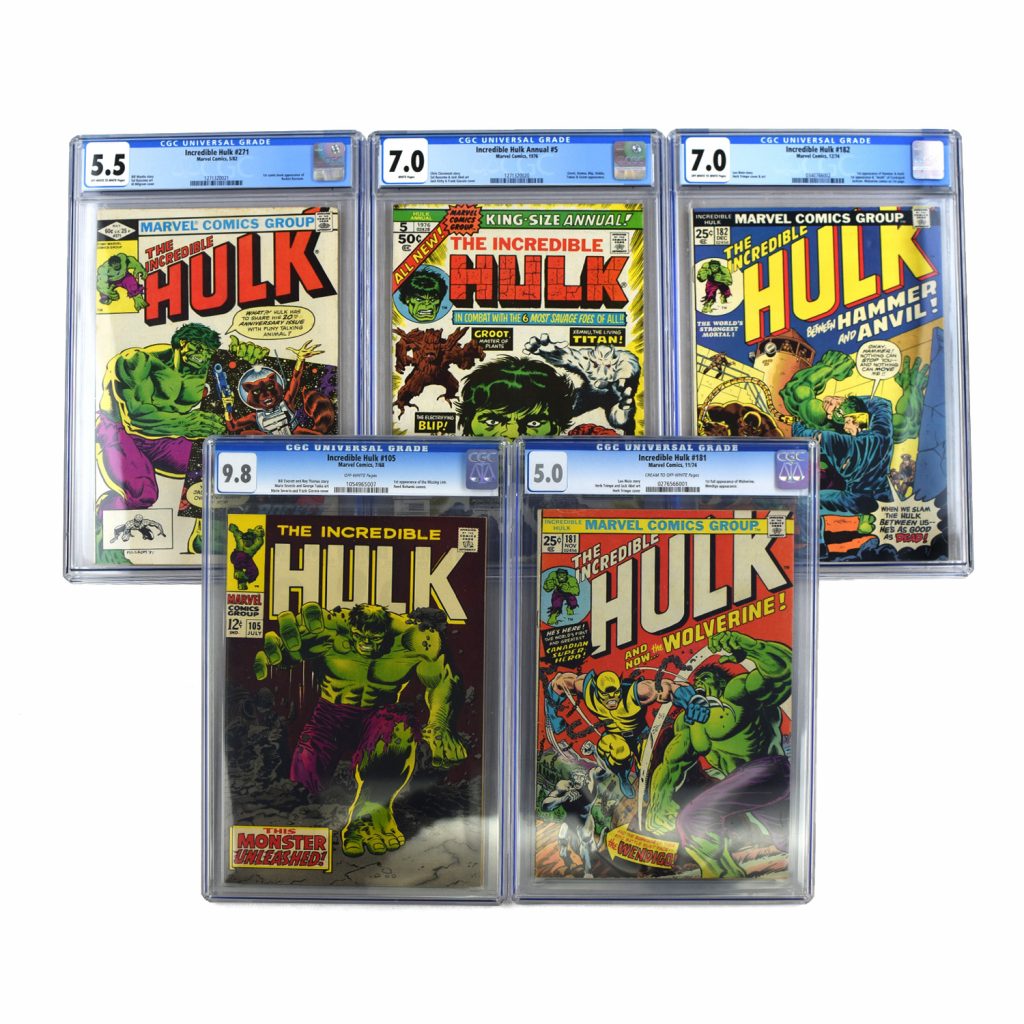 There are only 100 total boxes in this inaugural series making your odds of pulling a key issue even better. There is something for every type of comic collector in this series and we expect a fast sell out similar to the past Batman and Spider-Man products. The Hit Parade Graded Comic The Incredible Hulk Edition Series One is currently up for presell and releases on Friday, September 21st!

Dave and Adam's is one of the largest sellers of trading cards and collectibles in the world. Located just outside of Buffalo NY, the company operates two retail stores as well as the e-commerce website www.dacardworld.com
View all posts by Dave and Adam's Card World →
Product Preview: 2018 Panini Obsidian Football out November!
Product Preview: 2018/19 Panini Certified Basketball returns to the hobby this November!