Hit Parade continues to bring new and creative releases to their popular graded comic lines! The three new releases are Wolverine VS The Incredible Hulk, The Golden Age & The Walking Dead Legacy Collection!  These are some of the biggest lines Hit Parade has ever created and are loaded with big hits, high grades, classic covers & key issues!

The Walking Dead Legacy Collection is a 200-box run that includes every issue from #1 – #189 and 11 big hits. This series is highlighted by a 14 signature cast signed book and the first issue graded a 9.8 by CGC.

The Walking Dead Legacy Collection is currently available for preorder and will release on July 19, 2019 which is the same day the Walking Dead panel is at San Diego Comic Con and the season 10 trailer will debut. 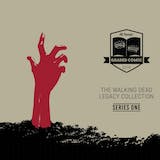 The second brand new release is Wolverine VS The Incredible Hulk that highlights the clash of the titans themselves. The Hulk 181 is one of the most sought after comic books as it is the first appearance of Wolverine and this is your chance to get a graded one!

This series is number out of 181 boxes and ONLY has graded comic books featuring the two iconic comic book characters.

The third brand new release is The Golden Age Graded Comic Edition which is Hit Parade’s biggest release ever! Each comic book in the series predates 1960 where not just Super Heroes were the stars. This very special limited release consists of 200 boxes that are loaded with some amazing pieces of comic book history. All of the comics are not only graded but there are no duplicate issues and not one book has had any restoration done to it…which for the age is very hard to accomplish.

You will be able to find all sorts of different comics from the 1940’s to 1960 that include Captain Marvel Adventures, Wiz Comics, Four Color, Shock SuspenStories, MAD, Walt Disney’s Comics and Stories and more! The Golden Age Hit Parade was just released but we have a feeling that it will not be around for very long! 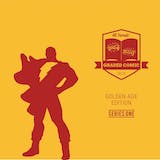 Word from Hit Parade is that they are also working on some other brand new lines to look out for in the future in addition to their normal comic lines, Big Boxxes and new mystery products! So stay tuned for more great releases from Hit Parade!