Hit Parade produced several successful racing products during 2015, and now they are back with a new high-end release. 2016 Racing’s Best Hit Parade features 10 hits plus one Racing’s Best hit.

Racing’s Best is the first Hit Parade product to come packaged in a box/case format. Boxes are packed with a foam insert to protect the cards inside and comes with a factory shrink wrap stamped with the Hit Parade logo. Every case comes packaged with ten boxes with 11 cards per box. 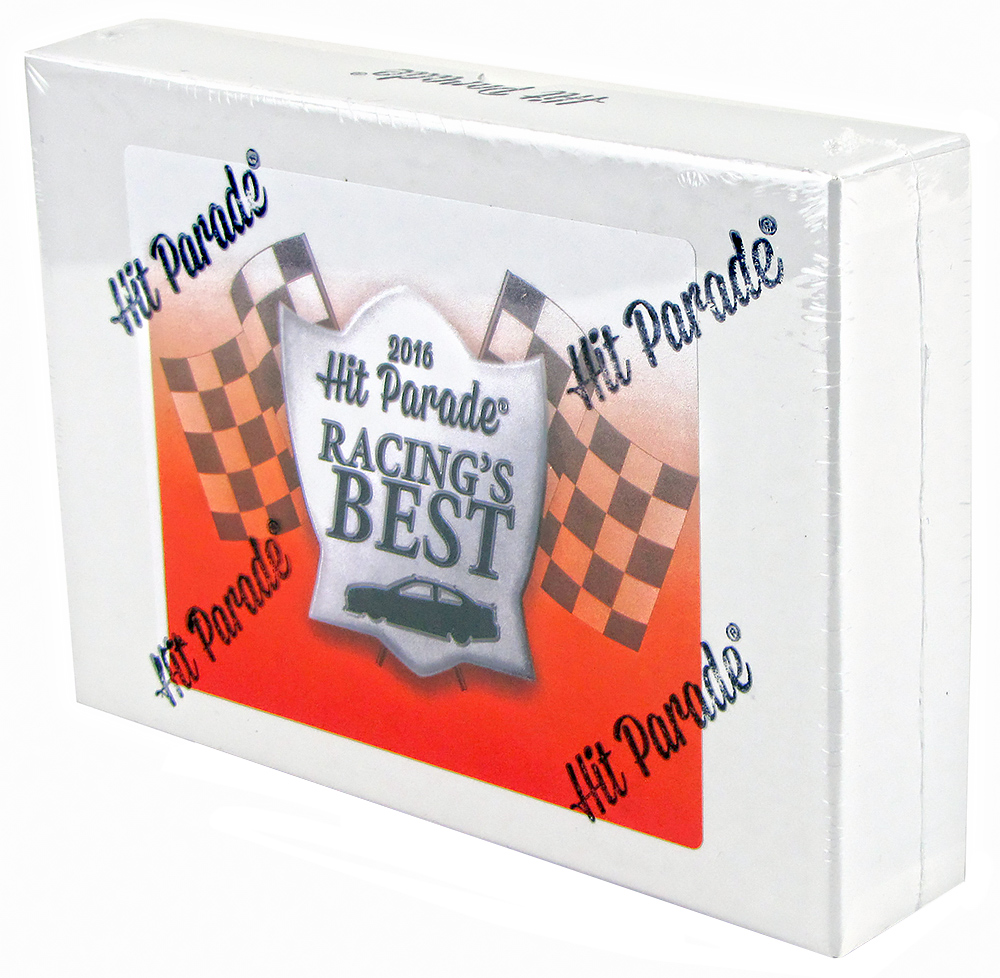 The cards inside Racing’s Best are separated into three packs, the first pack contains six memorabilia with at least one of the hits featuring a major NASCAR star (Tony Stewart, Jeff Gordon, Kevin Harvick, Jimmie Johnson and more). The second pack features four more hits with a minimum of two autographs. The final card in the box will be the Racing’s Best hit, which can be either a low-numbered relic piece, top level driver autograph, a low-numbered auto relic booklet or a one-of-one autographed printing plate.

Most of the cards in the product came from Press Pass, including cards that have not been previously inserted into a product. All hits in the product are live with no redemptions. A total of 60 10-box cases have been produced for a total of 600 packs.

Dave and Adam's is one of the largest sellers of trading cards and collectibles in the world. Located just outside of Buffalo NY, the company operates two retail stores as well as the e-commerce website www.dacardworld.com
View all posts by Dave and Adam's Card World →
2015-16 Upper Deck NHL Star Rookies box set preview
Dave & Adam’s “Leaders of The Pack” – Conference Championships