Hit Parade’s Autographed Football Jersey products are back for 2016 after a strong rookie year that saw seven different series released in 2015. The Hit Parade crew is starting the year off with a bang as they’ve packed some phenomenal jerseys for this first run of the year. 2016 Hit Parade Autographed Football Jersey Series 1 features 100 hand-numbered boxes with each containing an autographed football jersey. All signatures in this product have been authenticated by either PSA/DNA , Mounted Memories, GTSM, Fanatics, Player Hologram, Tristar,  Schwartz Sports, Upper Deck, Steiner, or JSA. 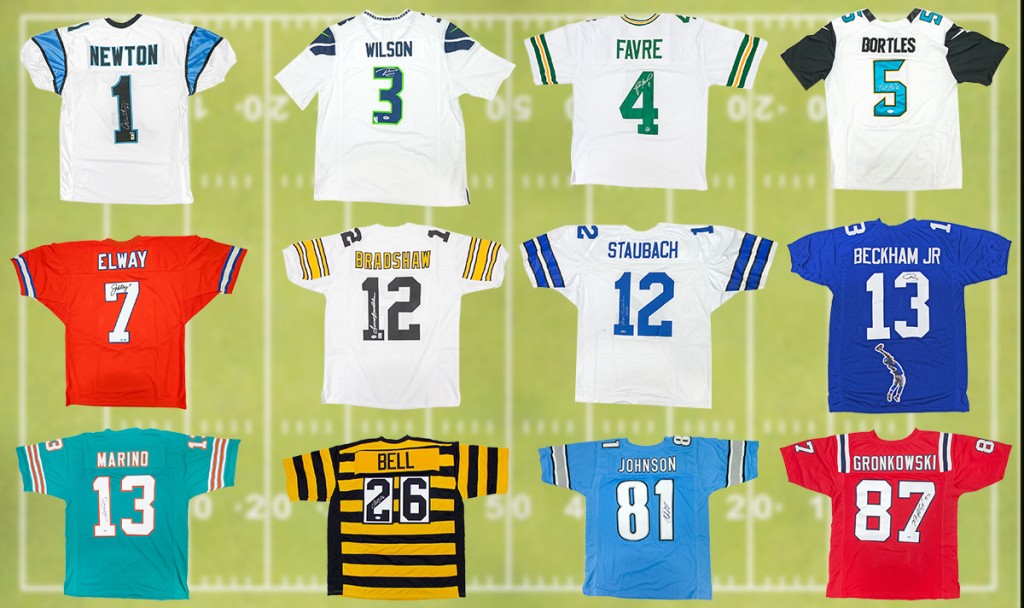 These Hit Parade autographed football jersey releases sell out in about a month. I wouldn’t wait for the Super Bowl to pick one up.

Dave and Adam's is one of the largest sellers of trading cards and collectibles in the world. Located just outside of Buffalo NY, the company operates two retail stores as well as the e-commerce website www.dacardworld.com
View all posts by Dave and Adam's Card World →
2016 Panini Contenders Draft Picks Football preview
Dave & Adam’s “Leaders of The Pack” – Wild Card Weekend