Wyatt must have had a horseshoe or rabbits foot with him as he entered the Niagara Falls retail location yesterday because he managed to pull some amazing cards.

First Wyatt tried some 2011/12 Upper Deck SPX and pulled these; 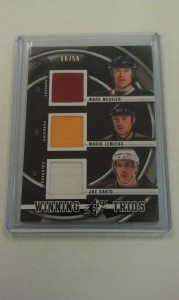 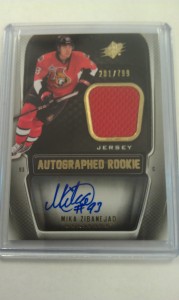 Being a happy camper, Wyatt was heading out the door when he kindly asked his mother if he could get a blaster box of 2009/10 Upper Deck Be A Player Hockey. It is a good thing she said yes because he pulled TWO Autographs out of a blaster that only should produce one. 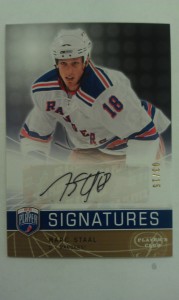 Marc Staal Be A Player Signatures #’d to 15 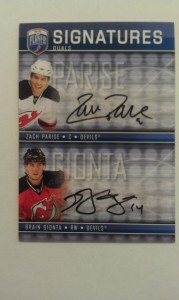 We have a feeling Wyatt will be pulling the ‘Mom. can I have one more blaster box’ trick again really soon. 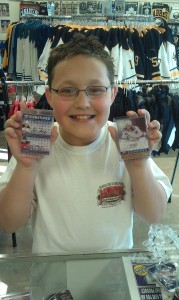 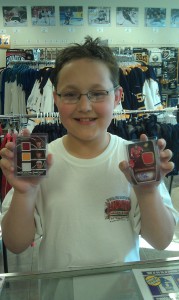