When It All Finally Clix

One of the many things that I absolutely love about my job is being exposed to new games and interesting products. Running events like our recent GenDu preview/playtest exposes me to brand new games just starting out. Then there are other games. Games which have always been the periphery of my knowledge that I know a little about, but have never played. One of those games is HeroClix.

In addition to my love of Magic the Gathering, I geek out on a number of other things. I love board games and the web series Table Top with Wil Wheaton has hit my pocket book hard. Then there are action figures. I’ve drooled watching old Gen 1 Transformers being brought in by our vintage toy buying division. Don’t even get me started on the cool stuff I’ve seen courtesy of BestInComics.com. Take those things and combine them and you get HeroClix.

Yes, it was only a matter of time before I gave in. My desk is littered with the little figures that have come out of damaged boxes that weren’t worth reselling. They’re just fun to look at, but I wanted to learn how to play. So it was that I found myself heading down to our Transit Road location to take part in the HeroClix Fear Itself Month 1 event. For those of you who don’t know, these six month “seasons” follow a theme with better and better prizes. In month six the grand prize comes out. In this case, a colossal serpent figure. 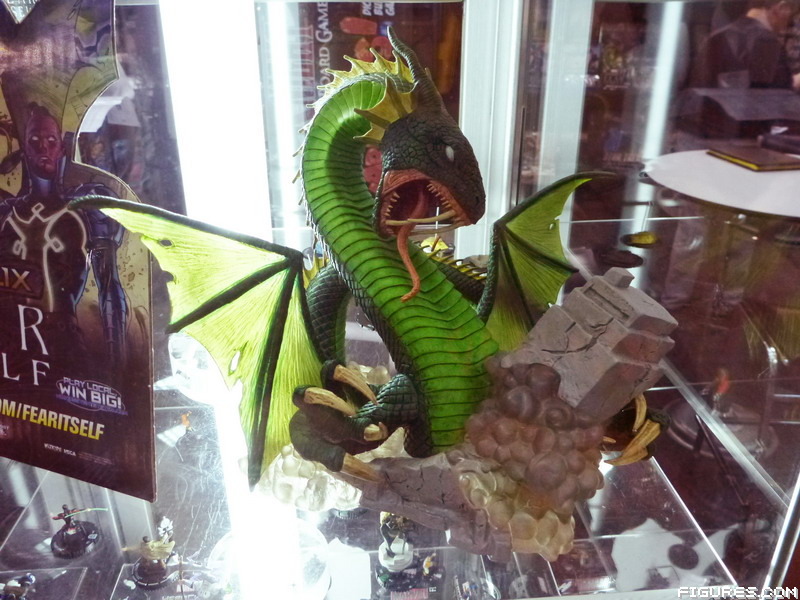 So, I got a pack of Fear Itself, a pack of Spider-man, and prepared to rip open my first ever legitimate pack. My first pack contained a figure with red dial. “Holy crap you got a chase!” Someone said. I had done a little research before hand. Chase figures are the rarest figures in the set and usually have a game mechanic that makes them super useful when you have all of them. In my case, this was Ricochet, who is actually Spider-man in an alternate costume. The Fear Itself booster also did not disappoint as I pulled the super rare Dracula. These two figures would form my 295 point team. Spider-man and Dracula, an unlikely team up. 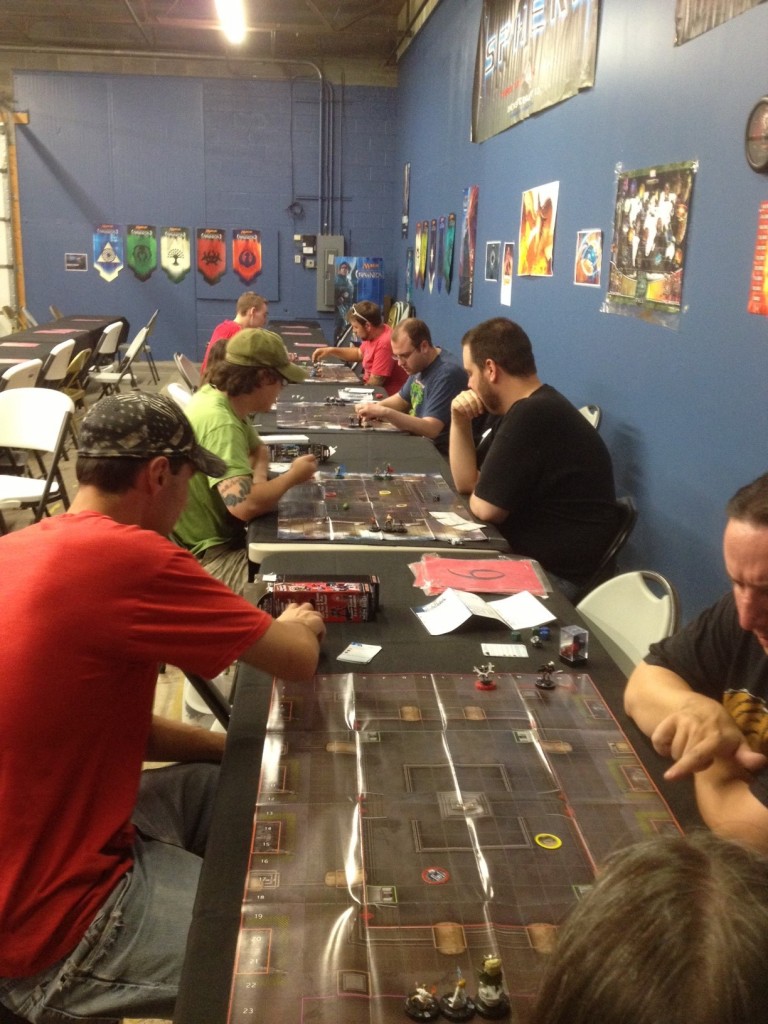 So, I sat down at the map and I prepared to learn about HeroClix. As I said, I’d done some research before hand, but no matter what you read there is no substitute for playing. I was excited and apologized to my opponent for having to deal with a noob. He was really great. He and the guy we got to judge the event were super helpful even offering a bit of advice in certain situations when they realized I didn’t fully comprehend my situation.

The heroes and villains squared off in a long hallway. Dracula stood up front swinging his sword and shielding Ricochet who, true to his name, banked shots down the hall never exposing himself to harm. Dracula cut down the first and second members of the opposing team. This left only one lone heroine standing against my dynamic duo. She charged down the hallway at Ricochet in a desperate move, but was no match for his Spidey-Senses. Ricochet dodged, recovered, and promptly punched her through the nearest wall.

“Good game.” My opponent said back in the reality of the Dave and Adam’s gaming room.

I was hooked. I never stood a chance.

My following match was against the man who ended up winning the tournament, so I was soundly defeated. The match after that was closer, but ultimately I lost that one as well. It didn’t matter. I was still buzzing off of winning my very first game! Each game after that taught me a little more about positioning, different powers and abilities, and other game mechanics. 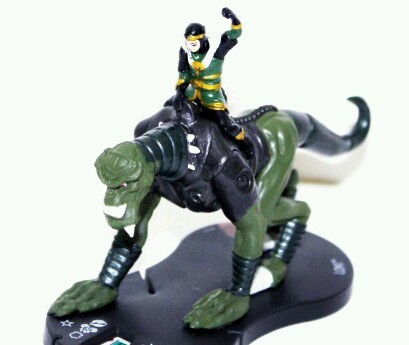 After all was said and done, we handed out the limited edition Loki prizes to the winners as well as the participation prizes that everyone gets just for showing up. Some of the players bought some Teen Titans boosters and a bit of trading went on.

Someone asked if I was interested in trading my Dracula figure, but I declined. One does not simply trade away the figures that won you the very first game you ever played. That would offend the dice gods and bring an age of critical failures not seen in living memory. No, Dracula and Ricochet have found an honored position above my TV like the true heroes that they are. 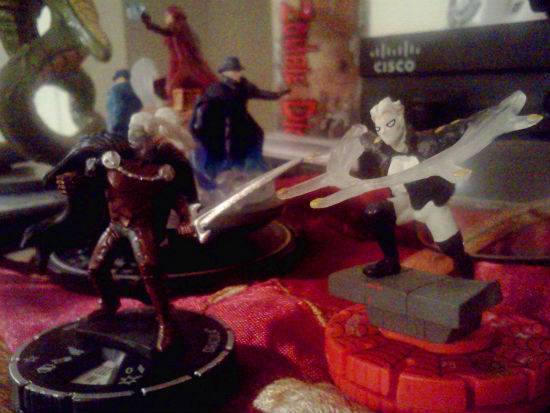 Whenever you sit down with a group of random gamers it is always something of a gamble whether they will be fun loving hobbyists out to have a good time or the hardcore elitist snobs that give all gamers a bad name and drive people away from the community. For some reason, Dave and Adam’s continues to attract the former rather then the later. The other players dumped their excess figures into my hands to help kick start my collection. Really solid players who helped me a great deal in understanding how to play. Clearly, the word has gotten out about our HeroClix Organized Play when people are coming from as far away as Toronto. So, why not come down on July 13th and join us.

I’ll see you there.

One Response to When It All Finally Clix