True One of a Kind Pokémon Card!

By Dave and Adam's Card World on September 26, 2016 in Gaming News & New Products

Dave & Adam’s Card World has recently acquired an incredible piece of Pokémon memorabilia! We are currently selling a Blank Base Set 1 Unlimited card that has been signed in person by four individuals responsible for making Pokémon the incredible franchise it is today. The card has been signed by:

Tsunekazu Ishihara – President of The Pokémon Company. He was involved in the creation of Pokémon Red and Pokémon Green and was inspired by the games to create a Trading Card Game based on the titles. The card features English and Kanji signatures.

Ken Sugimori – Art Director for the Pokémon Franchise, artist for all 151 Pokémon in the original video game, and one of the first two artists for the Trading Card Game. The card features English and Kanji signatures (plus a Pikachu drawing!)

Mitsuhiro Arita – One of the first two artists for the Trading Card Game (alongside Ken Sugimori). The card features English and Kanji signatures. 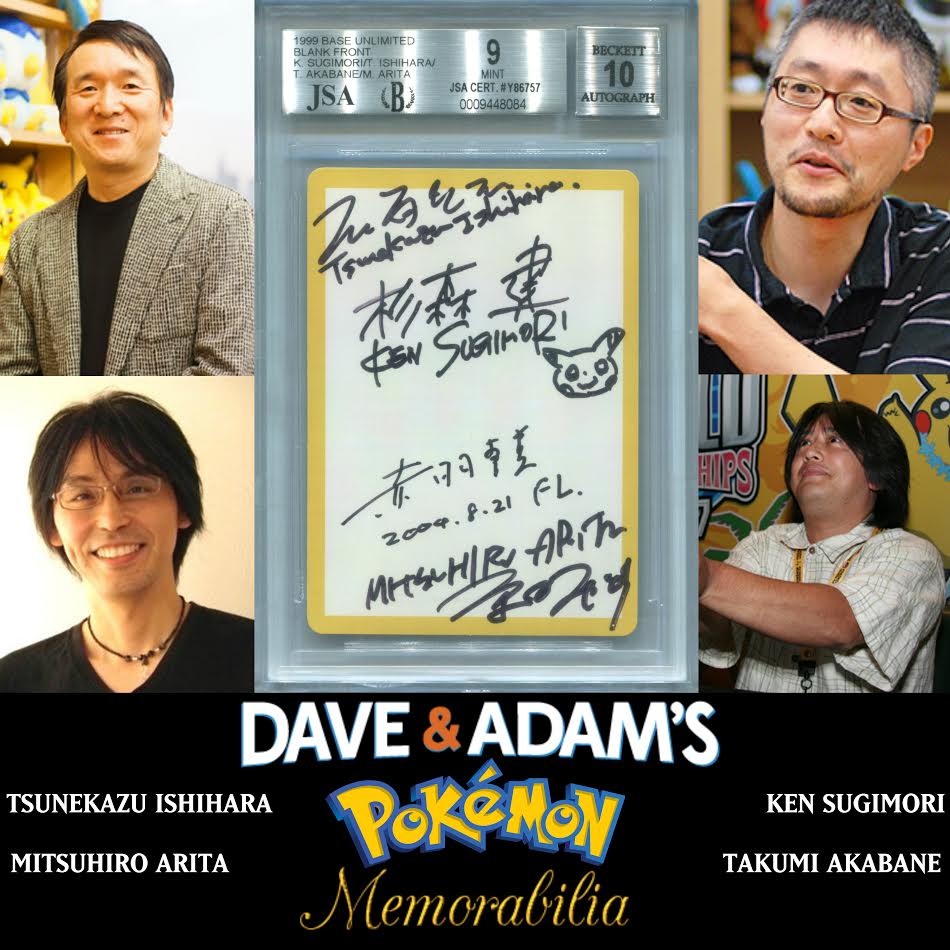