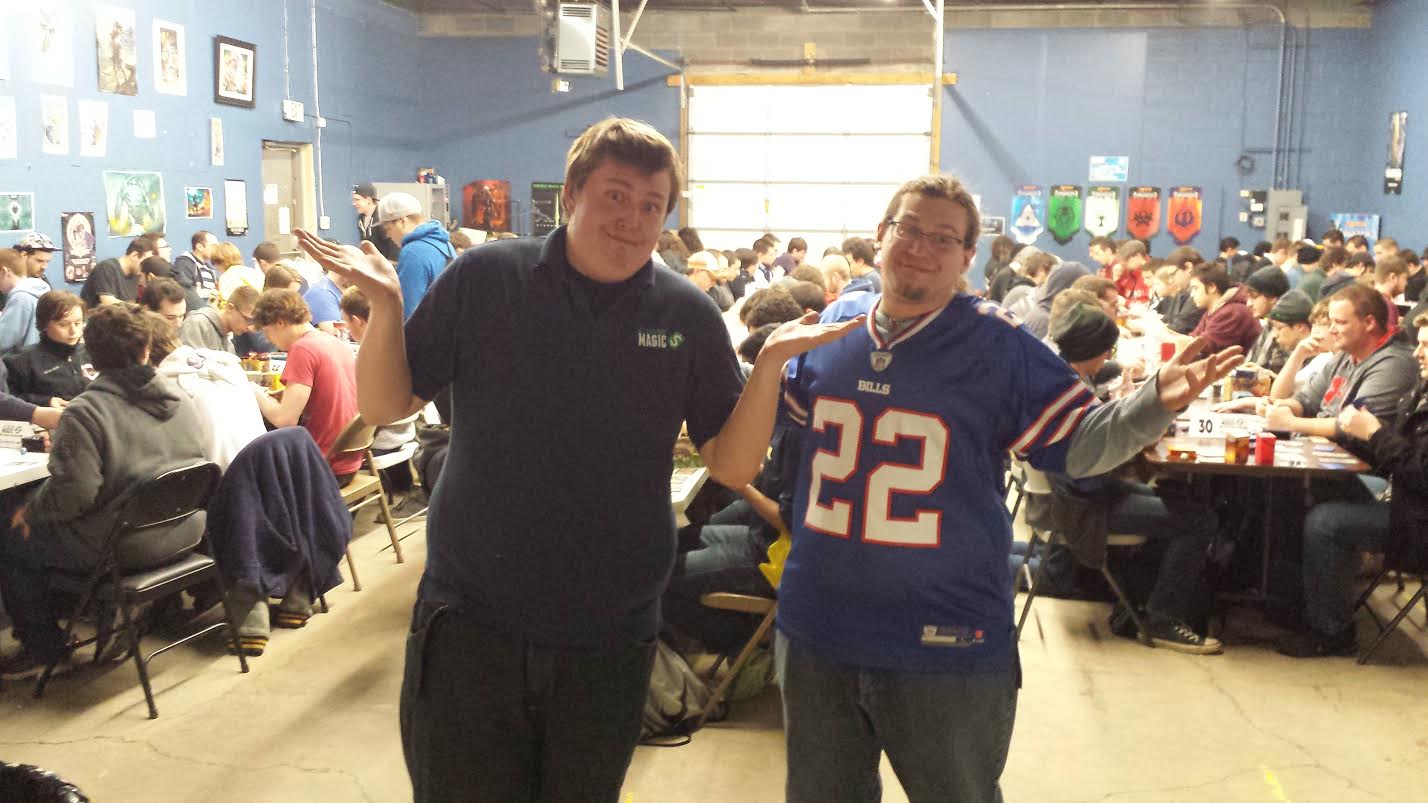 This week at Friday Night Magic we had a Record Breaking 142 players and 2 brand new champions for our Standard and Modern events!

Team Farseek member Ryan Greig went 4-0 in Standard with his WU aggro deck and took some time to share his deck with us along with some strategy advice should any of our readers choose to play the deck as well.

Blaine: Ok, so what was the best card in the deck for you?

Ryan:  It’s hard to say because they all kind of work together but I would have to say: Soldier of the Pantheon, Banisher Priest, Detention Sphere, and the broken Brave the Elements. Also Gideon when side boarded in.

Blaine:  Were any of the cards better or worse than you expected and what changes would you make if you were to play it again this week?

Ryan:  Soldier of the Pantheon seemed to do a lot more work than I had first thought. Gideon against aggro or mono green did very well. Every time he was out, it ended up in a win for me. I would keep the main deck like it is but probably change the sideboard taking out Jace and a counter spell.

Blaine: Ok, and what made you run Supreme Verdict in your sideboard?

Ryan: Mostly against mono green because by turn 4-5 they have a serious board presence and need something to throw them off. My first round last Friday I played against a mono green deck, side boarded in the Supreme Verdict and used it turn 6 and it seemed like he could come back. By than I can play my creatures and exile the other creatures he manages to get out.

And of course with 2 events come 2 champions.  Ryan Baldwin went 4-0 in our Modern Event Running his Robot deck seen here:

Blaine: So what was the best card in the deck for you?

Blaine: Ok, were any cards better or worse than you thought?

Ryan: Spellskite is much better in the main then everyone thinks.

Blaine: And what changes would you make if you were going to run it again?

Thank you to everyone who showed up and made this another record breaking FNM at Dave and Adam’s!

Dave and Adam's is one of the largest sellers of trading cards and collectibles in the world. Located just outside of Buffalo NY, the company operates two retail stores as well as the e-commerce website www.dacardworld.com
View all posts by Dave and Adam's Card World →
Bob’s Blog: Where Are All The Graded Hockey Cards?
Topps Announces Release of Masahiro Tanaka Cards!