Friday Night Magic Recaps for the Month of August: Part 1

By Dave and Adam's Card World on September 11, 2014 in Gaming News & New Products

Hello everyone! It’s been a little while since we last saw each other, so we have a little catching up to do. We’ve been hard at work catching up from our adventures at Gen Con in Indianapolis, but that hasn’t stopped us from keeping tabs on the interesting decks that continue to pop up at our weekly Friday Night Magic tournaments. This time we’re going to look at the state of Standard from the month of August by sampling a few of the decks that came out on top of our biggest tournament of the week. 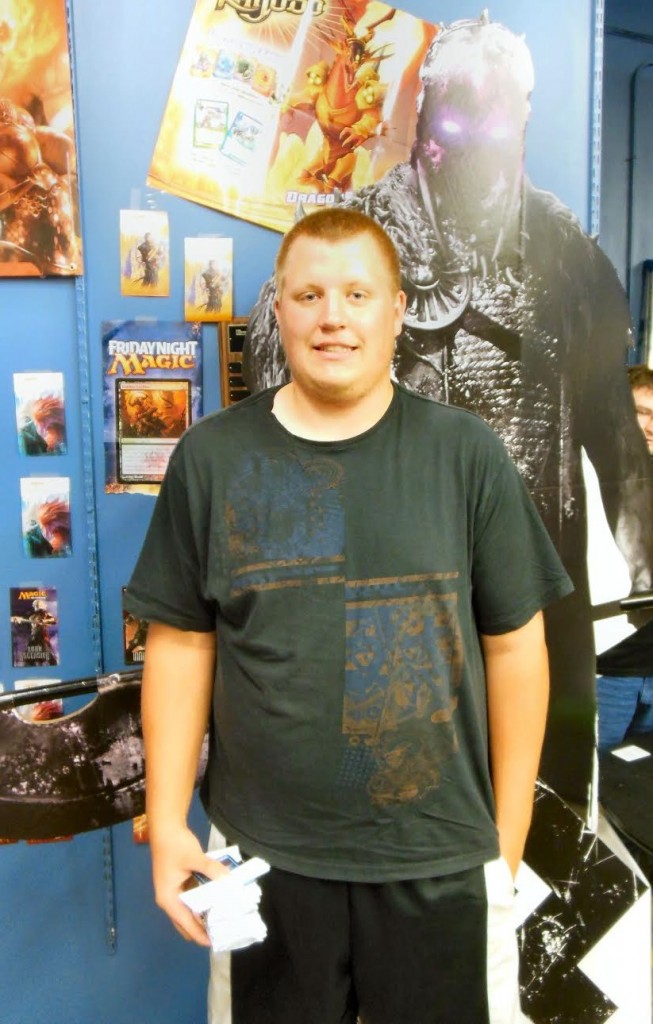 Brandon battled the field with a Black/White midrange deck. His list is chock full of resilient creatures and removal spells, all of which should be able to keep his life total high enough and the board clear enough that he can play a Blood Baron of Vizkopa or a Obzedat, Ghost Council and it should clean up the rest. He seemed to make a metagame choice, maindecking Fiendslayer Paladin to try to gain an advantage against red and black decks.

Another of our winners from back in August was Peter Bloomingdale. Peter’s been featured here before, but this time he ran something a little different, Bant Control: 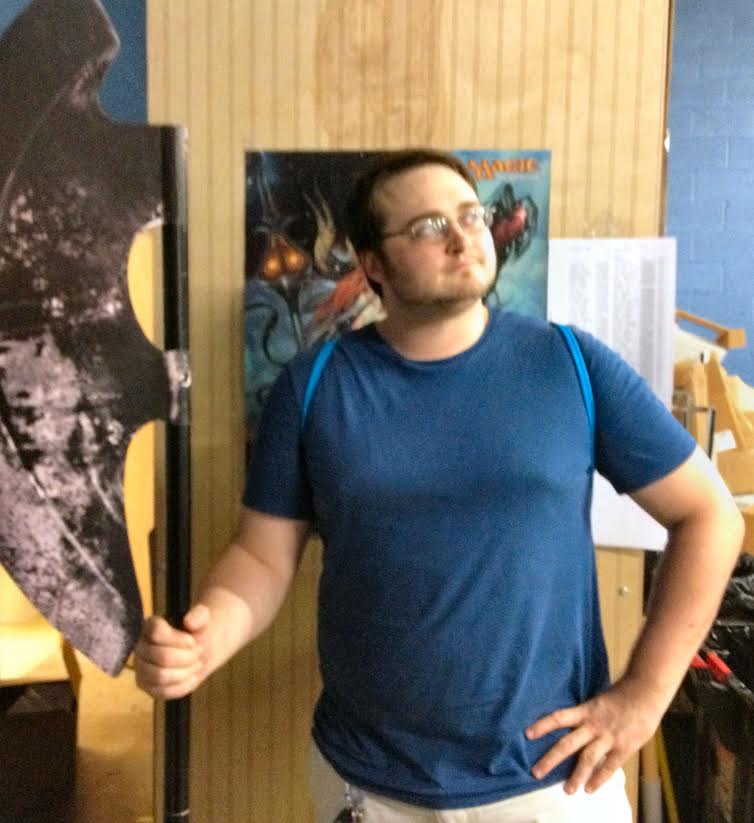 Bant Control has been hanging around for a long time, occasionally gaining popularity in the competitive Magic scene but hasn’t really broken through. This deck looks like a typical White/Blue control deck that includes Green for Sylvan Caryatid, Courser of Kruphix and includes Kiora, the Crashing Wave as the maindeck win condition instead of Elspeth, Sun’s Champion. It looks like Peter had the deck set up to beat aggressive decks in game one, while being able to bring in Elspeth, Sun’s Champion, Gainsay, Jace, Memory Adept and other cards should he encounter a control matchup. One interesting part of Peter’s list is the 3 maindeck Quicken. The only two cards that can be quickened are Supreme Verdict and Planar Cleansing, making it a build-your-own Fated Retribution.

With Khans of Tarkir right around the corner and rotation looming, what will we see come from the final weeks of Standard? How big of an impact will the highly anticipated Onslaught fetch land reprints have on the environment? Come find out at Buffalo’s biggest FNM and at the Khans of Tarkir prerelease next weekend! 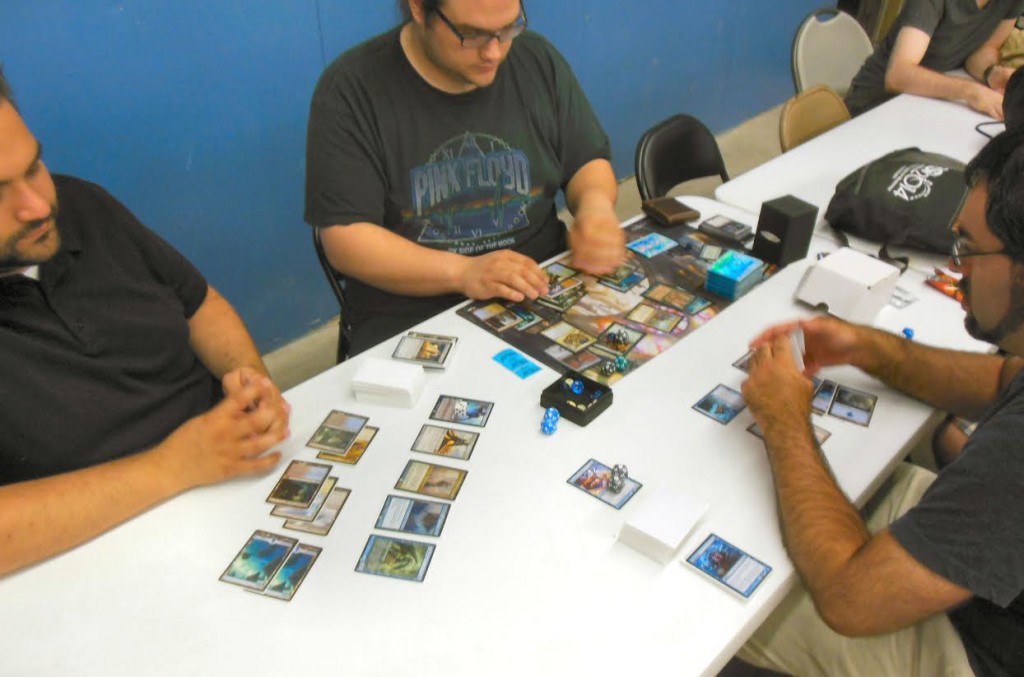 Dave and Adam's is one of the largest sellers of trading cards and collectibles in the world. Located just outside of Buffalo NY, the company operates two retail stores as well as the e-commerce website www.dacardworld.com
View all posts by Dave and Adam's Card World →
Dave & Adam’s at Richmond Comic Con!
Friday Night Magic Recaps for the Month of August: Part 2