The Fleer Ultra brand returns this week with the release of 2014-15 Fleer Ultra Hockey from Upper Deck.

The base set contains 200 cards featuring top NHL stars and rookies. Gold Medallion and Platinum Medallion parallels compliment the base set and are found in every other pack. Platinum cards are numbered up to 99.

Fleer Ultra Hockey has 30 different rookie redemption cards with players that will make their debut this season. There are both Gold and Platinum Medallion parallels of the redemption cards.

Road to the Championship Replica Tickets will be found one per box and retrace the 2014 Stanley Cup playoffs. Each card features a ticket replica for every home game from the playoffs. 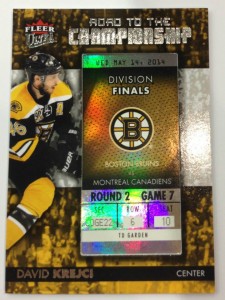 Upper Deck went back to their archives for the Photo Vault Film Slides. These cards contain player photos that had been hidden away by UD but will now see the light of day. A total of 14 different players make up the set with five pictures each. There is also a limited autograph run numbered out of ten. 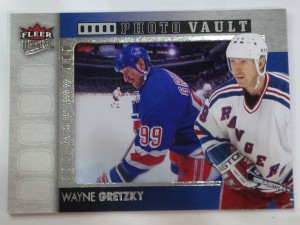 National Heroes features 40 different player cards complete with a satin flag relic of their home country. There are 14 players from Canada, eight from the United States and six each from Finland, Russia and Sweden. Look for autographed versions numbered to 25. 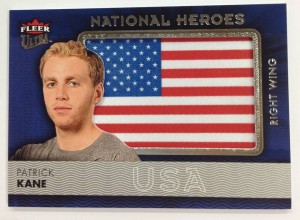 Dave and Adam's is one of the largest sellers of trading cards and collectibles in the world. Located just outside of Buffalo NY, the company operates two retail stores as well as the e-commerce website www.dacardworld.com
View all posts by Dave and Adam's Card World →
Dave & Adam’s “Leaders of the Pack” – Week 3
Autograph Authentication & Grading: What It Takes To Make Autographed Memorabilia Official