Donruss announced that Buster Posey, the 2008 Golden Spikes Award winner as the top amateur player in the nation and the fifth-overall player taken in the 2008 MLB First Year Player Draft, has reached an agreement with Donruss to sign autographs for 2008 Elite Extra Edition. 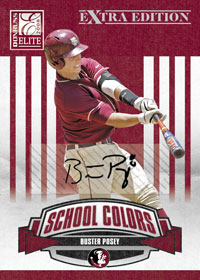 Posey, a catcher, was selected by the San Francisco Giants in the draft and signed with the club in August.

Posey joins Georgia’s Gordon Beckham and more than 130 other prospects in the upcoming Elite Extra Edition. 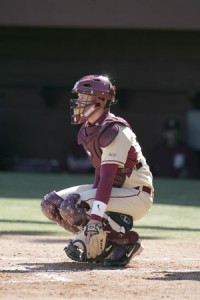 “The ’08 EEE checklist is the deepest we’ve ever compiled,” said Donruss Brand Manager Ben Ecklar. “Adding Posey to that list, after his phenomenal season, is another huge plus for the brand.”