2016 Donruss Baseball gives collectors a solid dose of today’s baseball stars with a touch of nostalgia, and do it a reasonable price. Each box will come with an average of three autographs or memorabilia hits. 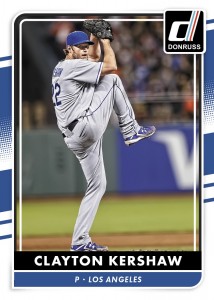 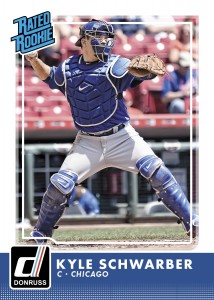 The base set boasts 150 cards and a design similar to the recent Donruss sets put out by Panini. There will be several new levels of parallels, including Test Proof (hobby exclusive, #’d to 49), Black Border, Pink Border, Holometric, Holoflow and Printing Plates, but the exact amount of parallels is not known at this time. In addition to the base set will be Rated Rookie cards that highlight the top first-year players. 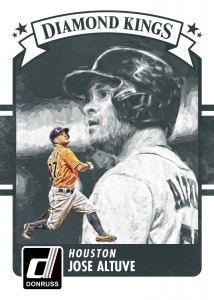 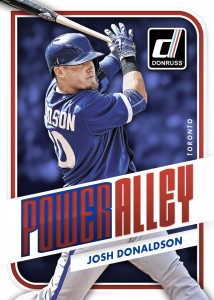 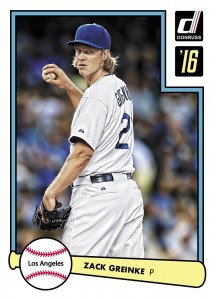 In true Donruss fashion there are also Diamond Kings inserts with all 30 teams represented by a star player. Power Alley inserts return to salute the best sluggers in baseball with two cards per box. Every pack will have one retro 1982 Donruss card featuring a current or retired player. 1982 Donruss cards have Holometric and Holoflow parallel versions. Other returning inserts set include Elite Dominators, Elite Series, The Rookies, and Masters of the Game. 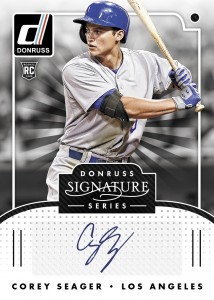 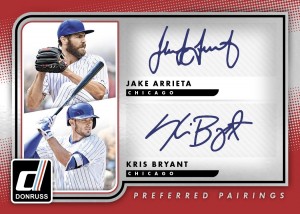 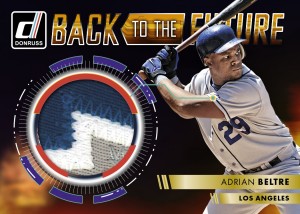 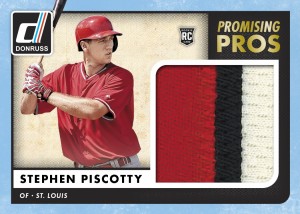 2016 Donruss feature two new sets of memorabilia hits. Back To The Future Materials include swatches from the former teams of players have been traded or have signed elsewhere. Promising Pros Materials include uniform relics from up-and-coming talent. You can also find memorabilia cards featuring baseball’s most famous mascot with Silhouette Material cards of the San Diego Chicken. 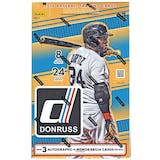 Dave and Adam's is one of the largest sellers of trading cards and collectibles in the world. Located just outside of Buffalo NY, the company operates two retail stores as well as the e-commerce website www.dacardworld.com
View all posts by Dave and Adam's Card World →
The Force Awakens on Friday with two new Topps Star Wars releases
NFL & Panini announce exclusive trading card deal