Panini gives us the unique pairing of the most popular sport on the planet with the Donruss brand for a new soccer release that showcases both top club teams from around the world and national teams. 2015 Donruss Soccer will come with one autograph card per box. 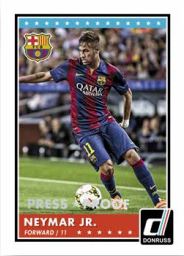 Over 100 top players from across the globe will make up the base set. Base cards will show players in their club team uniforms, but there are 25 short printed variations with players wearing the uniform of their respective national team. There are also seven levels of parallels, including Bronze, Silver and Gold Press Proofs that are numbered to 299 or less. 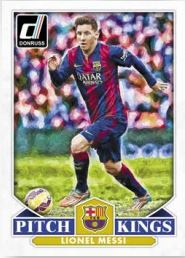 2015 Donruss Soccer has a new take on a Donruss tradition with Pitch Kings inserts. This soccer version of the classic Diamond Kings cards features some the world’s top players, including Cristiano Ronaldo, Lionel Messi and David Luiz. 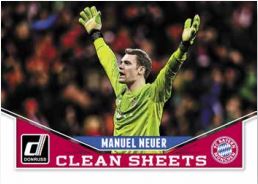 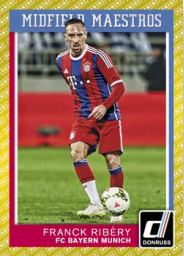 There are four insert sets to highlight the different positions played in soccer. Clean Sheets for goalies, Defensive Dynamos for defenders, Midfield Maestros for midfielders and Fantastic Finishers for forwards. Each set highlights some of the best footballers currently playing at their respective positions. Look for parallels versions of these sets numbered to 49 or less. 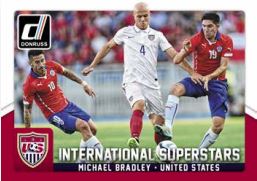 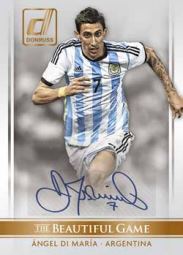 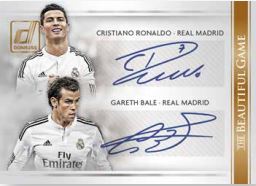 The Beautiful Game Signatures give you chance to find autographs from many of the stars in Donruss Soccer. Look for dual, triple, and quad autograph cards as well.

Dave and Adam's is one of the largest sellers of trading cards and collectibles in the world. Located just outside of Buffalo NY, the company operates two retail stores as well as the e-commerce website www.dacardworld.com
View all posts by Dave and Adam's Card World →
2015 Hit Parade Superhero Edition preview
2016 Topps Legacies of Baseball preview