By Dave and Adam's Card World on December 23, 2014 in Donruss, Sports Card News and New Products

For the first time since 2011 we are getting a basketball set from Donruss. Like many of the recent releases under the Donruss banner this one has some nods to the brand’s past with its design, inserts and subsets. 2014-15 Donruss Basketball will come with three autograph or memorabilia cards per box.

Look for special Rated Rookie Signature Patch cards that come with a player signature and the iconic Rated Rookie insignia in patch form. 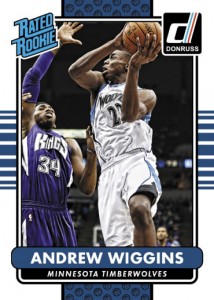 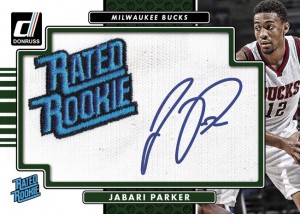 Timeless Treasures Jersey autograph cards also borrow from Donruss’s past by using a design similar to 1987 Donruss Baseball cards. There are only ten different jersey auto cards that are numbered to 99 or less. Timeless Treasures Prime Jersey Autographs are limited to ten cards as well, but are only available in quantities of 25 or less. 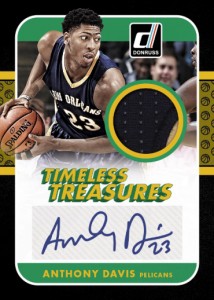 Court Kings and Scoring Kings are insert set with 50 cards each and parallels similar to the base set. Production Line is a 30-card collection of inserts. The Rookies is another 30 cards that highlights that excellent 14-15 NBA rookie class with a list of parallel equaling the Rated Rookie inserts.

There are 100 Elite cards to chase as well with several parallels, including Elite Status and Jersey Number Die Cuts that are numbered to 99 or less. There are five levels of colored Elite parallels numbered to 199 or less. On top of that there are seven levels of Status Signature cards, six of which are die-cut. 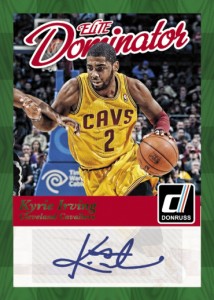 More memorabilia cards can be found with Jersey Kings, Game Threads and Gamers Jerseys. All three have Prime versions numbered to 25 or less. 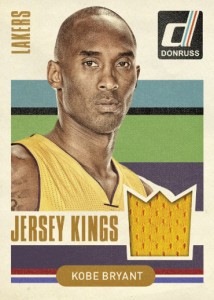 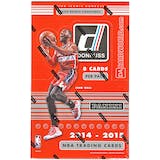 Dave and Adam's is one of the largest sellers of trading cards and collectibles in the world. Located just outside of Buffalo NY, the company operates two retail stores as well as the e-commerce website www.dacardworld.com
View all posts by Dave and Adam's Card World →
2015 Topps Archives Baseball preview
Leaf 2014 Cut Signature Edition lands at DA Cardworld