Upper Deck The Cup Hockey releases tomorrow, and is always one of the biggest and most anticipated hockey card releases of the year. If you pre-ordered Cup from us, it will be shipping this week.

This year’s product looks awesome. Here is the breakdown:

Signed Draft Board & Patch Booklet Cards: (Superstars flashing back to their Rookie Years!)
– Paying tribute to game’s biggest stars, with a Draft Board/Patch combo you’re sure to love!

Scripted Sticks:
– Just like it sounds, signed right on the player’s stick!

Legendary Dual Cut Signatures:
– If one was a hit, imagine what two will do!

(A sampling of) The Cup Staples that make it The Best:

Upper Deck has put out a ton of images on the company’s Facebook page which you can check out here: Upper Deck Facebook Cup Hockey Preview Gallery 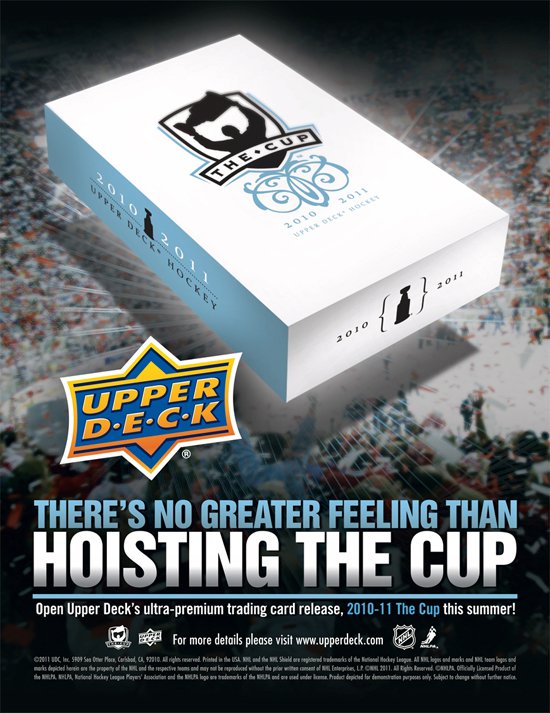 We have 3 box cases and individual boxes available here, which begin shipping Wednesday.

Dave and Adam's is one of the largest sellers of trading cards and collectibles in the world. Located just outside of Buffalo NY, the company operates two retail stores as well as the e-commerce website www.dacardworld.com
View all posts by Dave and Adam's Card World →
Shipping Update: Some Delays Expected Due to Hurricane Irene
Phenomenal Pull: Cy Young 1/1 Cut Auto