Dave & Adam’s is headquartered in Buffalo, NY, if you haven’t noticed from the shipping label on your packages, and sometimes it snows here. Every winter we, famously, get our fair share of the white stuff (but not as much as Syracuse or Rochester).

Today has been of those days where part of the Western New York area is getting hit by a wintry blast. It is thanks to a weather phenomenon called lake-effect snow. I won’t bore you with all details, (learn more on Wikipedia) but basically when cold air goes across an unfrozen body of water (that’s Lake Erie for us) it generates a large amount of precipitation, usually snow.

The funny thing is that lake-effect snow (LES) usually forms in narrow bands that don’t cover a large area. Traditionally LES piles up in the areas south of the Buffalo-metro area and that’s exactly what is happening. Let’s go to the weather map… 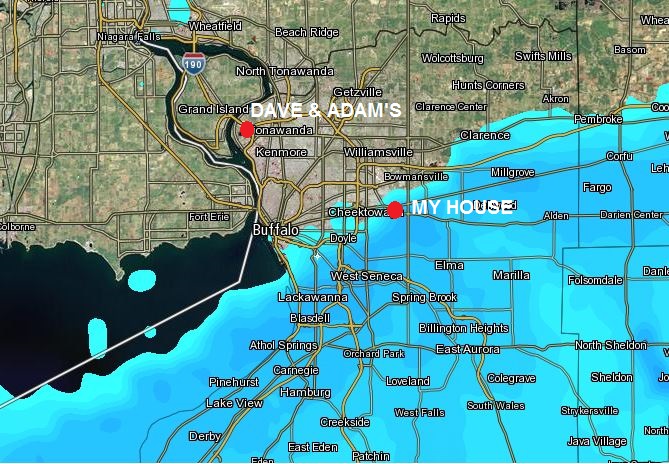 All the areas covered in blue are getting snow. As you can see by the dots on the map the Dave & Adam’s office is not getting any snow, but my house is getting pounded even though it’s on the northern edge of the lake-effect snow band. Here’s some more evidence to illustrate this: 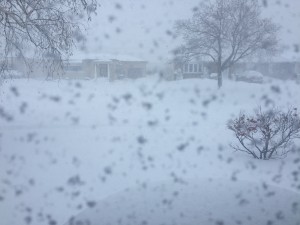 This was taken from my living room window around 12:30 PM EST 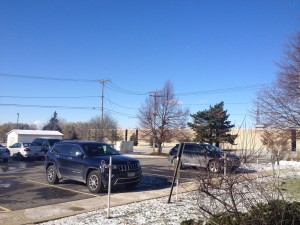 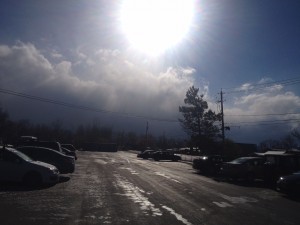 These photos were taken at Dave & Adam’s around the same time. I don’t live very far away from the office either. It’s only a 20-25 minute car ride (14.3 miles according to Google Maps).

Again snow in Buffalo is usually not a big deal but this is an extreme case. There are suburban areas that have received nearly four feet of snow in a little more than 12 hours. Some areas may wind up with six feet before the storm ends tomorrow. The New York State Thruway is closed from Rochester to the NY/PA state line. Many towns have driving bans in effect.

Here’s another example of just how different things can be from the areas south and east of Buffalo to the areas north of the city. 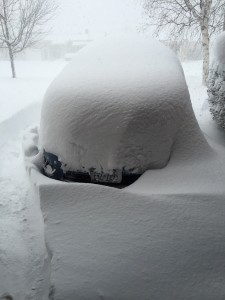 That’s what I saw when I opened my garage this morning. (Obviously I am working from home today.) 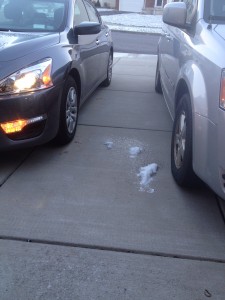 This was the driveway of our Marketing Director who lives closer to the office.

Even though the snow didn’t hit the Dave & Adam’s warehouse you may experience shipping delays on orders placed over the next couple days due to the travel restrictions and driving conditions.

Time to get the snowblower out again…while I’m doing that check out how some of the Buffalo Bills are handling the storm here.

Dave and Adam's is one of the largest sellers of trading cards and collectibles in the world. Located just outside of Buffalo NY, the company operates two retail stores as well as the e-commerce website www.dacardworld.com
View all posts by Dave and Adam's Card World →
2014-15 Upper Deck NCAA March Madness Basketball preview
Topps announces in-pack contest for 2015 Baseball